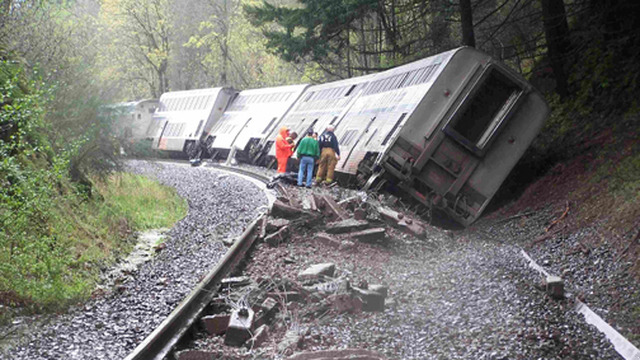 [updated 2:30 pm with Hagel, Hale, & Ramsey briefings; Republican responses; and Sharp analysis]
PENTAGON: “NOTE: These program descriptions and dollar values do not reflect potential sequester impacts.” That disclaimer — in boldface italic type and a different color of ink, just to make sure you can’t possibly miss it — blazes across the top of the first seven chapters of the Pentagon Comptroller’s official overview of the fiscal 2014 budget request released at 11:15 today. (Only the last chapter lacks it). The president’s budget is always the beginning of the funding debate, not the last word (we live in a democracy, however dysfunctional, after all), but this year it is no more than “a placebo, a placeholder with no effect” — to quote Center for a New American Security analyst Travis Sharp — pending three crucial decisions:

1) Whether or not the president, hands-off-entitlements liberal Democrats, and no-more-taxes Tea Party Republicans can finally make the “grand bargain” that has eluded them since 2011. Without a deal — and politically one looks painfully unlikely right now — the $527 billion request the Pentagon rolled out today will have to be cut (sequestered) by another $52 billion, throwing into doubt not just the topline figure but the figure for almost every single line item.

“I don’t think anybody is minimizing the reality of sequestration,” Defense Secretary Chuck Hagel told reporters this afternoon. “At the same time we have as a representative government to get beyond that” with a compromise — albeit one that’s eluded both parties for more than two years.

2) What Sec. Hagel decides after his staff complete his ongoing Strategic Choices and Management Review — already known in Pentagonese as SCMR, pronounced “skimmer” — which Hagel ordered last month and should be complete May 31st. Normally, a new Secretary, even a new Administration, is stuck with their predecessors’ budget because the multi-thousand-page spending plans take so long to prepare — but in these uncertain times Hagel will have to do something long before the 2015 request is rolled out next year.

“We are planning for every eventuality,” said Hagel. Minutes later, the Pentagon Comptroller, Robert Hale, made clear that, in the ongoing review, “one of the options will be full sequestration.”

3) What the costs of the Afghan war and other overseas contingency operations (OCO) turn out to be. Startlingly enough, the Pentagon Comptroller is actually more uncertain about this year’s OCO bill than it was a month ago. Then it estimated OCO costs for 2013 would outrun its original projections by $6 to $7 billion. Today, it estimates a range of $6.8 to $10.1 billion — not only a bigger shortfall, by as much as 44 percent, but a window of uncertainty 230 percent wider. [The biggest OCO hit is to the Army].

And that’s just this year, 2013: 2014 figures will depend on how many troops stay in Afghanistan for how long, with the Comptroller for now assuming that 34,000 simply stay in place all year as a placeholder “for pricing only.” Today’s budget materials assume an $88.5 OCO request for 2014, but “$88.5 billion is a placeholder,” said Hale. “We will change it” and go to Congress with a real request “hopefully in about a month. I think it will be lower, although not dramatically lower.”

“It really all depends on how fast the spigot opens up in Pakistan,” added Lt. Gen. Mark Ramsey, the Joint Staff’s resources chief (J-8): The infamous Pakistan Ground Lines of Communication, PAKGLOC, are by far the cheapest way to get supplies into Afghanistan and bring equipment out for the withdrawal, and while Islamabad reluctantly reopened the route, it’s still hardly back to full capacity.

It’s also the Pakistan that drives much of the uncertainty about what this year’s OCO shortfall will be, Ramsey told me when I pigeon-holed him after the briefing. “The biggest variability is the PAKGLOC piece,” he said. “That’s one and a half to two billion worth of uncertainty.”

The emphasis on OCO spending is just one example of how this budget request tends to party like it’s 2011 instead of reflect the agonizing gridlock that has changed the political economy of Washington over the last 18 months. The “base budget” rolled out today still explicitly relies on a 2014 OCO request to be determined — not included in today’s figures — to cover costs in all four services:

The “rebalance” or “pivot” to Asia and the Pacific gets repeated nods in this year’s document, as does the January 2012 “defense strategic guidance” of which it was the centerpiece. Indeed the Comptroller’s overview devotes an entire chapter to restating the 2012 guidance and other chapters pay deference to it. Yet Defense officials from former Secretary Leon Panetta on down have repeatedly declared that they’d have to rethink that entire strategy if sequestration occurred — and it’s occuring.

And here we come to the biggest break with reality in the President’s entire spending plan, not just in the Pentagon budget: It assumes sequestration “will not happen,” as Obama pledged during the 2012 campaign.

The Pentagon request does call for savings in the Defense Department, but all of them are difficult to impossible to realize. Effiencies and overhead reductions in the Department are notoriously hard to achieve. Congress is knee-jerk opposed to lower salary increases or higher healthcare fees for military personnel and their dependents. The Hill also hates base closures, which the budget makes the usual call for. And the budget only cancels two significant programs and restructures two others. (For reference, the two cancellations are the Missile Defense Agency’s Precision Tracking Space System and the Air Force’s Expeditionary Combat Support System; the two restructurings are the Navy’s Standard Missile and the Army’s Ground Combat Vehicle, all previously announced).

The specific figures in the president’s request always change somewhat by the time the budget gets through Congress. This year, however, the figures in the request are almost irrelevant to the final results. It’s not only that the top Republicans on the two armed services committees — Sen. James Inhofe and Rep. Buck McKeon — issued their denunciations of the budget within 10 minutes of its official release at 11:15 a.m EST today. It’s that the unresolved issue of sequestration will force Congress to do more than denounce and make substantial changes in what the President has proposed.