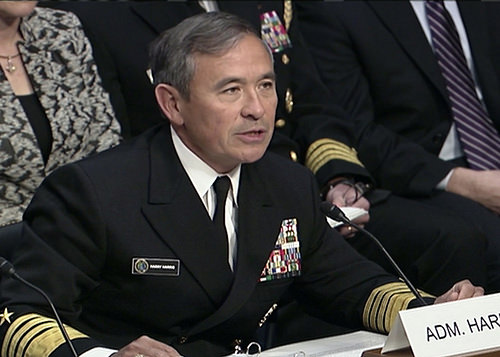 WASHINGTON: “To counter our near-peer adversaries” — read Russia and China — US Pacific Command wants $530 million of unfunded priorities that didn’t fit in the 2018 budget request, from better bases to more torpedoes. The top item: $49 million more for “multi-domain battle exercises,” wargames testing a new Army-led concept for future warfare against high-tech adversaries that Navy-dominated PACOM, led by Adm. Harry Harris, has been quick to embrace.

While the PACOM list isn’t numbered and doesn’t officially reflect a priority order, it’s probably no coincidence that the Multi-Domain money is at the top and torpedoes at the bottom.

It’s worth noting that combatant commands, especially ones with a geographically defined area of responsibility like PACOM, function very differently from the armed services and submit very different unfunded requirements lists. (Compare the Navy’s here). The services drive most of the budget because they have the Title X responsibility to “organize, train, and equip” the armed forces, which includes everything from developing weapons to paying recruits. Their perspective can be parochial in terms of inter-service rivalries, but their cradle-to-grave responsibilities — from R&D to fielding to sustainment and ultimately disposal — also force them to take a long view. The combatant commands, by contrast, have to get units from different services working together every day, so their mindset is naturally more joint, but they are also naturally focused on immediate problems, not long-term programs.

Indeed, in PACOM’s unfunded requirements letter, Adm. Harris specifically touts service procurement programs that “are crucial to my Fight Tonight mission” (his capitals, not ours):

These items don’t come with dollar figures because they’re not in PACOM’s budget — but PACOM still wants someone to buy them.