A New Century Series? Will Roper Takes Air Force Back To The Future 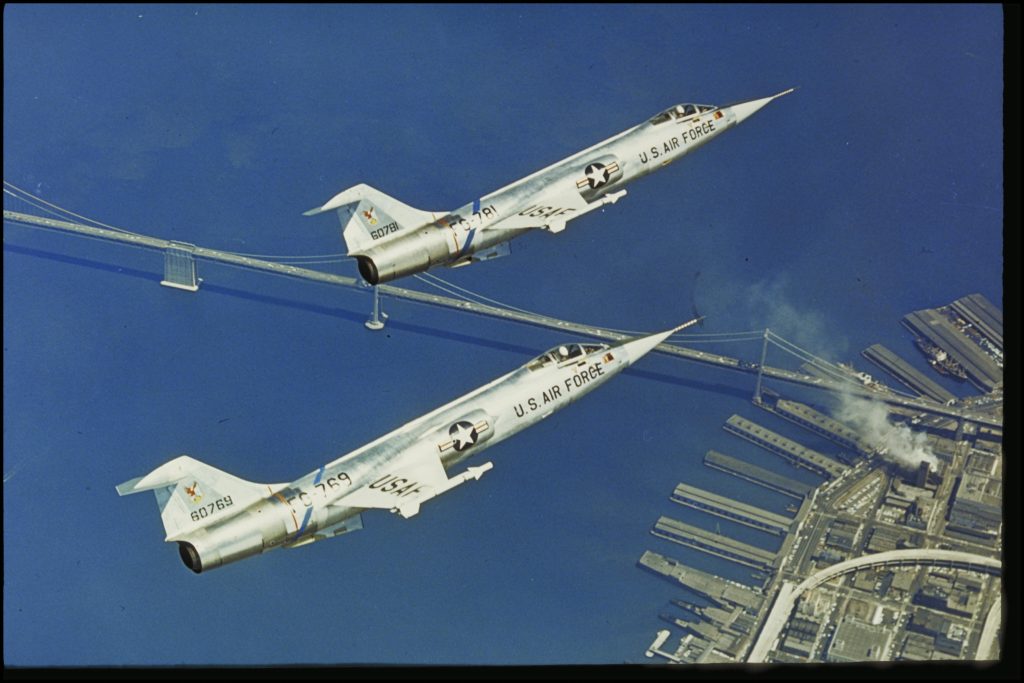 That’s the word from the ebullient assistant secretary of the Air Force for acquisition, technology, and logistics, Will Roper. He’d just returned to Washington from the Space Symposium in Colorado Springs and was brimming with the kind of excitement you rarely see in the often-dreary acquisition world. 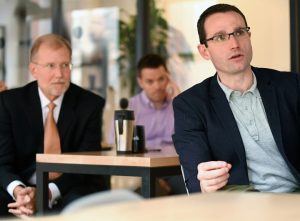 “Every day I get my mind blown by what people are doing because we’re empowering them,” Roper said, rattling off a list of innovative Air Force teams: “Space Camp” in Colorado Springs, Kessel Run in Boston, and Bespin in Alabama (There’s also a Kobayashi Maru). All of these, interestingly, are software projects, using young airmen to code rapidly in response to requests from operational units — a military version of a commercial method called DevOps (Development & Operations).

Yes, big IT projects have been the bane of several federal agencies, but these aren’t big. Coding is well-suited to small, agile teams, since it doesn’t require expensive specialized infrastructure to test, build, deliver, and maintain its products, in stark contrast to actual aircraft programs.

But Roper says this high-speed approach isn’t limited to code. “It’s not just software,” he told the Air Force Association‘s Mitchell Institute. “People are taking time out of their programs” across the board: Air Force programs using the new Section 804 middle-tier acquisition have collectively shortened their schedules by a total of 60 years, he said, while programs operating under traditional DoD 5000 regulations have cut another 30.

This isn’t cutting corners, Roper emphasized, but it does mean taking more risk — and leadership needs to have the innovators’ back when they make a worthy try and fail. He’s even created a “Spectacular Learning Event Award” for particularly interesting failures, because he sees success and failure are just opposite ends of the same bell curve. “If I’m not seeing those failures, then I’m not going to see the big successes,” he said, “so we’re going to keep encouraging people to take risk because it will pull time out of our programs.”

“The Pentagon tends to trust in process over people,” Roper said, “[but] people beat process every day. I trust the people in Air Force acquisition.”

“We are going to give the reins to people and not over-encumber them with a centralized process,” he said, just as combat commanders don’t try to micromanage their pilots from the ground. “If you can’t delegate more than your enemy, you will lose,” he said. Empowering your people means letting them screw up, but it also frees them to excel beyond any plan you’d come up with on your own. “Yes,” Roper said, “you may make the occasional mistake, but overall, statistically, you’ll win.”

“We’ve got to kill the major defense acquisition program as it is today,” Roper said, “and replace it with something that looks more like the Century Series development of the early Air Force.” 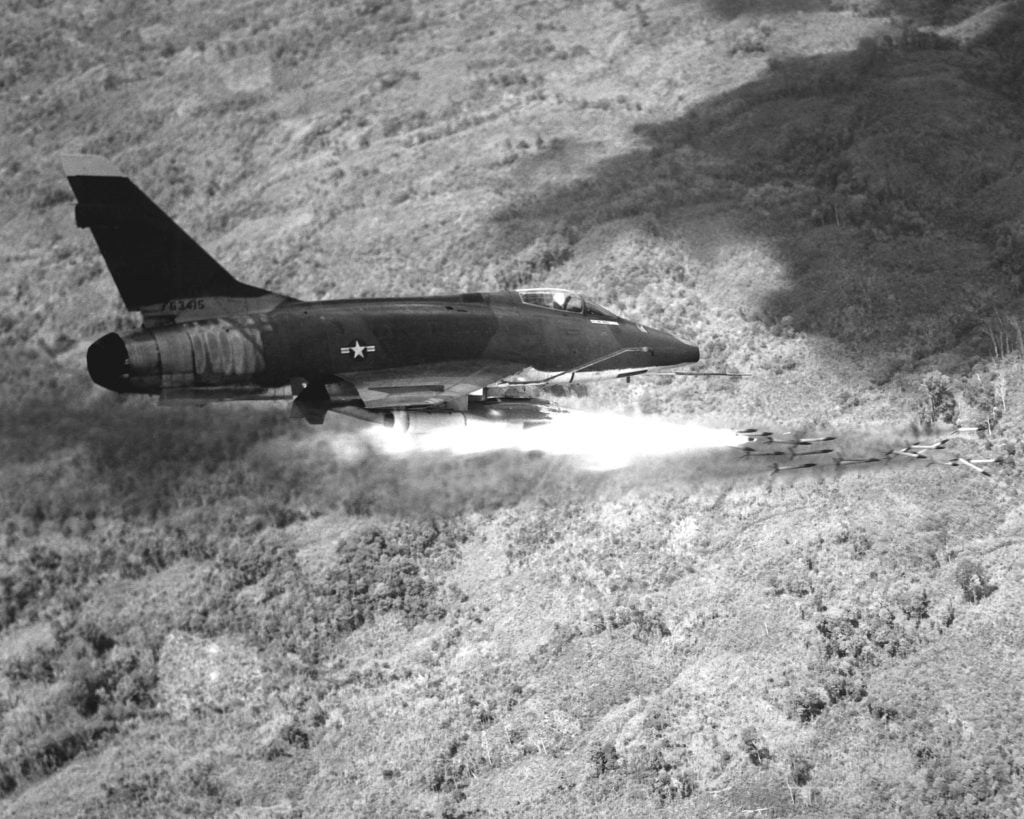 So what’s the Century Series? It consists of six closely related fighters with designations from F-100 to F-106 (hence “Century”). All similar in style despite coming from five different manufacturers, the Century jets rocketed the Air Force into supersonic flight:

Even some of the mass-produced Century aircraft were arguably lemons. The F-104 in particular made so many compromises to reach Mach 2 that it was dubbed “the missile with a man in it” by its own manufacturer, Lockheed, which was less than reassuring. The actual Starfighter pilots came up with less friendly nicknames like “lawn dart,” “aluminum death tube,” and, in the German air force, witwenmacher — “widowmaker.” The F-105 Thunderchief suffered such heavy losses in Vietnam — almost half the total ever produced — that it was withdrawn from frontline service.

“All the Century aircraft weren’t successful,” Roper acknowledged, “but enough were.”

The willingness to take risk led to aviation breakthroughs as well as disasters, revolutionizing the US Air Force in just five years. By awarding lots of smaller contracts rather than a single gigantic one, the Air Force also kept multiple contractors in business and in vigorous competition. That gave industry incentives to innovate quickly and the Air Force alternatives when one design did poorly.

As the Cold War dragged on, however, acquisition programs started taking longer and costing more. Those trends only got worse after 1991 when most contractors either consolidated through mergers or went out of business. 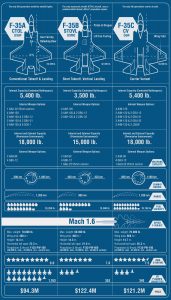 The ultimate example is the F-35 Joint Strike Fighter. That’s a single aircraft, albeit in three variants, from a single manufacturer, Lockheed Martin, that will make up at least half of the Navy’s future fighter fleet, most of the Air Force’s, and all of the Marine Corps’. It has also taken 12 years from the F-35’s first flight in December 2006 — 18 years from the X-35 prototype’s first flight in 2000 — for all three variants to achieve what the military calls Initial Operational Capability.

The F-35 needed that time in part because it did several remarkable things. It’s only the second aircraft ever, after Lockheed’s closely related F-22, to combine stealth with agility — the older F-117 “wobblin’ goblin” and the B-2 stealth bomber paid an aerodynamic price to hide from radar. The F-35 also has sensor, communications, and cyber/electronic warfare capabilities its advocates say will revolutionize air warfare. And it even has a jump-jet variant, the Marines’ F-35B, that can take off and land vertically like a helicopter, which imposed design constraints even on the runway (F-35A) and carrier-launched (C) versions.

This kind of slow advance on multiple fronts, with a long development culminating in a great leap forward, is pretty typical of post-1950s aircraft programs, Roper said. By contrast, the Century Series hammered repeatedly and rapidly at the same few problems — especially supersonic speed but also fire control. It made quick progress on a narrow front by introducing one aircraft after another after another, all similar but each advancing the state of the art. The slow-but-broad model helped win the Cold War, Roper argued, but it’s dangerously antiquated for a world when civilian innovation is outpacing military and revolutionary technologies are readily available to the US and its adversaries alike. We’re in a world where the Century Series approach makes more sense. 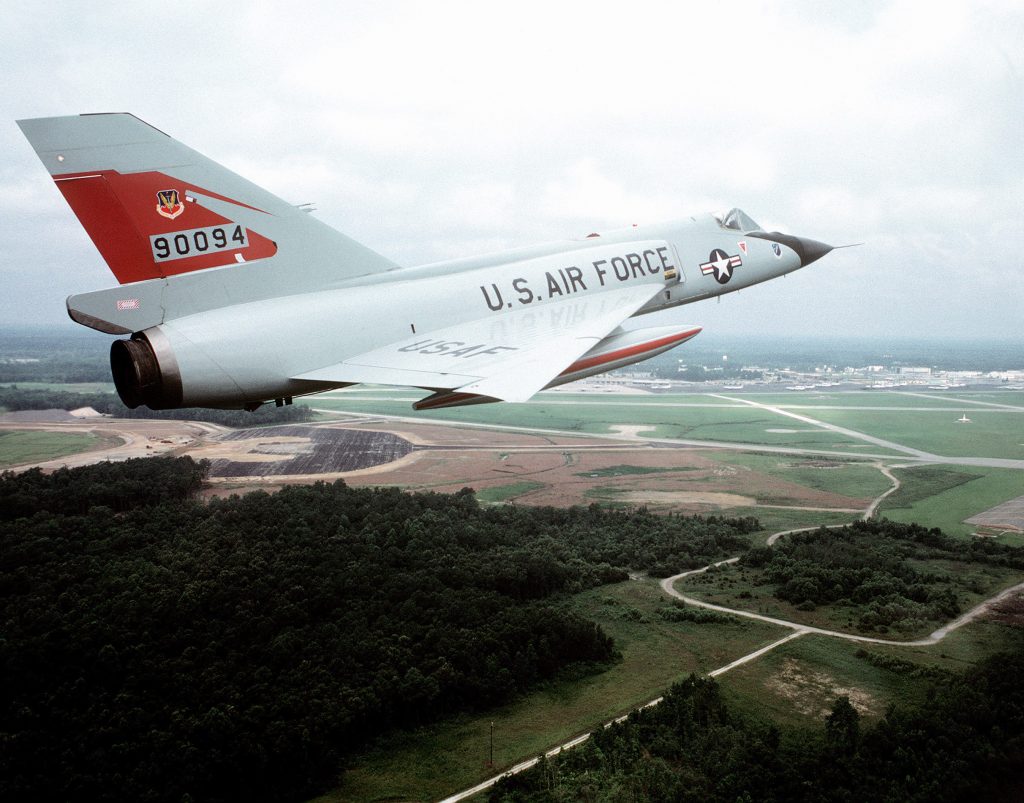 China and Russia have had decades to study a largely unchanged US military since its Gulf War triumph of 1991 and to come up with counters. But instead of taking decades to field a new fighter, Roper asked, “what would an adversary do facing an Air Force that it knew could design a new airplane every four years?”

That pace is not possible today, he said — “we’ve got a lot of work to do to prep for that” — but it is achievable. It would require new tools like digital engineering, which allows engineers to model the impact of design changes, not just on performance but on cost and even long-term maintenance and sustainment, and to try different iterations “about two billion times in a day.” 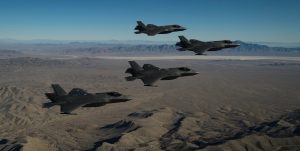 Even with digital engineering and a less risk-averse acquisition culture, Roper said, you wouldn’t be mass-producing hundreds of each design, the way even the mediocre Century Series fighters did. But you could create a family of aircraft or other weapons systems that shared design principles; common components, allowing economies of scale in both production and maintenance; common control systems, allowing pilots to transition from one to the next without extensive retraining; and above all a common modular open architecture, which would allow you to easily plug-and-play new components without extensive and expensive redesign. (It’s similar to the way your iPhone or Android has the same operating system software as all the others but lets you pick and choose from thousands of apps).

Instead of finalizing one design and then building hundreds of identical aircraft, you’d design a basic plane or satellite or other weapons system, build some, make improvements, build some of the improved model, improve that, and on and on. “You just keep spiraling,” Roper said. While the physical products wouldn’t look like the Century Series fighters, they would have a similar way of building on each others’ achievements in rapid succession.

You can’t apply this approach retroactively to a weapons system already in production, Roper acknowledged, but “this is what should happen for our next generation of programs.”

That vision, Roper said, “is my happy place.”