A Rockin’ Year For Breaking Defense, With More To Come! 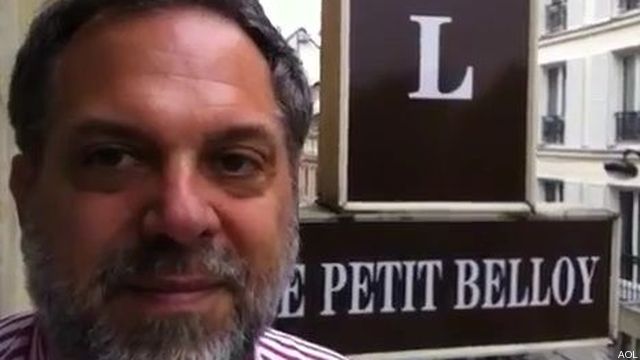 A selfie taken the day we started publishing. We went live in June eight short years ago on the World Wide Web as the Paris Air Show started!

Sometimes you’ve just gotta crow when things are going well and tempt the gods who’ve granted you the favor. We’ve had a huge year at Breaking Defense.

On the editorial side we’ve boosted our reach considerably. First, we hired the excellent Paul McLeary, formerly of Foreign Policy, Defense News and Aviation Week, last February to deepen our coverage of many things, including the US Navy, arms exports, NATO and acquisition policy.

Then we launched our coverage of the important American ally, Israel, when we added respected Israeli defense journalist Arie Egozi to cover strategy, policy and politics in the Mideast. Arie reports for us regularly from Tel Aviv.

As the recipe called for, we added a soupçon of Gallic flavor from Murielle Delaporte, who covers the French military and, sometimes, NATO and the rest of Europe for us. Murielle is the editor-in-chief of  Opérationnels, a leading edge French defense magazine and a former French defense strategist.