After eight years of upheaval, the Middle East might seem incurably unstable, violent, and volatile to Americans. It is no surprise many have had enough of the region. But it also beckons with opportunity for those ambitious enough to capitalize on it.

The United States can both reduce its Middle Eastern footprint and secure its vital regional interests. This requires a triangular strategy to mitigate what ails the region — Sunni extremism and Iranian expansionism — while amplifying the region’s strengths: capable and increasingly cooperative U.S. partners, as well as emerging economic opportunities.

The first pillar of this strategy is to solidify gains made against ISIS (Daesh). The caliphate might have lost nearly all its territory, but the Sunni extremist threat persists, and Syria and Iraq remain the center of gravity for U.S. counterterrorism efforts. After all, these two countries were the crucible of ISIS. A retreat today would allow the group to reemerge and again pose a direct threat to the American homeland and Europe. 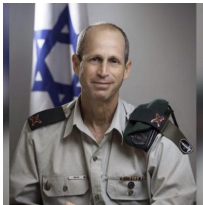 Maintaining focus on Syria and Iraq would simultaneously lay the foundation for the second pillar of a regional strategy: checking Iran. Tehran’s influence over Baghdad and Damascus only worsens the sectarianism upon which Sunni extremists thrive. A continued coalition presence would limit Tehran’s influence those countries, especially over Iraq’s security sector.

Iran’s presence in Iraq is not destabilizing for just Iraq. Iran, and the Islamic Revolutionary Guard Corps Quds Force in particular, uses Iraq as a launching pad for its campaign of regional hegemony – exporting terrorism and insurgency across the Middle East, while directing its proxies, funding them and proliferating weapons and terrorist knowhow.

Disrupting Quds Force operations in Iraq would neutralize the hub of Iran’s threat network. Intercepting Quds Force overland and aerial supply routes to Syria and Lebanon, for example, would starve Iran’s most qualified proxy – Lebanese Hezbollah – of its funding, materiel and other crucial forms of support.

The third pillar of a triangular strategy might prove hardest for the United States, since it requires a perspective now largely missing from American policy debates: optimism. But there are several ways the United States can promote security cooperation and economic growth in the Middle East. It also can catalyze new ones.

The United States has a great opportunity to expand its own bilateral security cooperation with Israel and Sunni Arab partners so they can protect themselves and share the burden of providing regional stability. A more pressing need, however, is for better defense relations between U.S. regional partners, especially Israel and the Sunni states. Washington can help foster such ties by facilitating wider intelligence sharing and cooperation on cyber and missile defense issues among these countries. Ultimately, a regional security architecture, such as a new Middle East Strategic Alliance, could significantly reduce, but not wholly eliminate, the need for U.S. regional presence.

Beyond purely the realm of defense, U.S. engagement could induce greater interdependence among its allies in the region by helping reduce their transnational obstacles to prosperity.

First, American diplomatic leadership will be the prerequisite for bolstering cooperation between Israel, Egypt, Lebanon, Cyprus and Greece on major energy discoveries in the eastern Mediterranean basin. This would provide these countries crucial new revenue streams for economic stability at home, as well as offer Europe new (and non-Russian) energy sources.

Second, the United States should help address the very real, and growing, problem of water scarcity. Israel, Jordan and the Palestinian Authority already work together in this area, but this could be just the start. Israel is a global leader in water-use technologies; American firms could use Israel as a hub, spreading its solutions and connecting its water infrastructure to its neighbors.

Third, the “Tracks for Regional Peace” railway initiative would link Israel, the West Bank, Jordan and the Gulf states. Continued U.S. support could help see this bold plan through to implementation. If successful, it would increase economic interdependence among U.S. partners in the region, help pivot major trade routes away from Iran and keep critical infrastructure in the region out of China’s hands.

Further opportunities abound in the realm of digital infrastructure. The Middle East represents a relatively untapped but lucrative market of more than 400 million consumers. The United States can provide economic incentives for private investment and cooperation between global firms, Israel’s high-tech sector, Palestinian companies and others to create a digital ecosystem crossing boundaries and further interlinking America’s allies in the region.

There are opportunities for stability, security and prosperity in the Middle East – but they require American leadership. If realized, they would allow the United States to reduce its own costly commitments to the region. A triangular strategy is the best chance for seizing and capitalizing on these opportunities.

IDF Brig. Gen. Ram Yavne, former head of the strategic division in the planning directorate of the IDF General Staff, is IDF Military Fellow at the Jewish Institute for National Security of America’s Gemunder Center for Defense and Strategy.