“Have you seen some of the changes we’ve made in acquisition in the defense bill we’ve passed?” Sen. McCain asked GAO veteran Paul Francis this morning. “Are those steps in the right direction?

“You have to start your work earlier,” Francis told the senators. Once the program’s approaches its first major milestone with cost estimates and acquisition strategy all laid out, it’s too late, he said. Congress needs to get involved “three years before that milestone.” 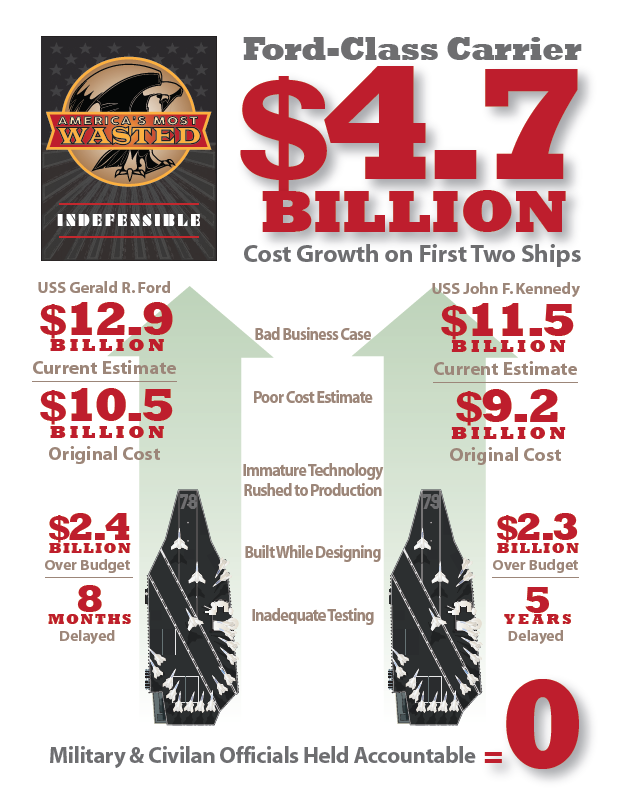 What should Congress do? “I actually don’t think it’s a matter of law or regulation or telling the Department to do anything,” Francis said. “Your biggest opportunity is when you’re approving the new program, and you really have to scrutinize that new program.” Are the cost and schedule realistic? Are the technologies mature? Are the risks under control? If they aren’t, then Congress must be willing to say “no,” he said.

“The extent the Department comes in [to Congress] with a bad business case, if you still approve it and fund it, you’re sanctioning it,” Francis said. “What you do with money sends messages as to what is acceptable.”

Congress shouldn’t just be stricter, however, Francis said. It also needs to leave program managers a margin for error, because errors are inevitable on programs this complex, instead of shooting the messenger every time there’s bad news.

“You have to make it okay for the Navy to come up and say, ‘we need to move this schedule [back] and it’s going to cost more,'” Francis said. Currently, acquisition officials walk “on eggshells” with Congress for fear “they’re going to take a beating.” But that kind of ex post facto oversight tends to make people fearful to admit potential problems until it’s too late.

“The culture here is to say there is no risk, that we can do it for low cost,” Francis said. “If you come in and say it’s going to cost $13 billion, maybe you’ll get told no.”

How well did this message get across? The senators spent most of their time seeking someone to blame. When Assistant Secretary of Defense Katrina McFarland said “the Navy is responsible” for the carrier program’s problems, for example, Sen. Dan Sullivan repeatedly pressed her for an individual. You have to pin it on the Navy Department as a whole, McFarland said, acknowledging that “it’s not a good answer.”

“No, it’s a ridiculous answer,” Sullivan said scathingly. “So who? In your view who is responsible?…. I’m talking about the individuals, that’s how we fix it, we can’t blame it on the Navy.”

Sen. Joe Manchin was particularly incensed that only one mid-grade officer, a Navy captain, had lost his job over the carrier problems.

“These programs take so long, the leadership changes at every level so many times,” Francis replied. “I don’t think this is a case of bad actors, I think these are people trying to at rationally in the environment” they have to live in.

The problem isn’t one you can pin on individuals, Francis said. It’s an entire system whose dysfunction extends beyond badly written rules to the unspoken culture in both the Pentagon and Congress.

While there have been a few surprisingly successful programs, Francis said, pointing in particular to the F-16 fighter, “the success stories have been the byproduct of exceptional circumstances and not the result of normal circumstances.” That’s what we need to reverse.