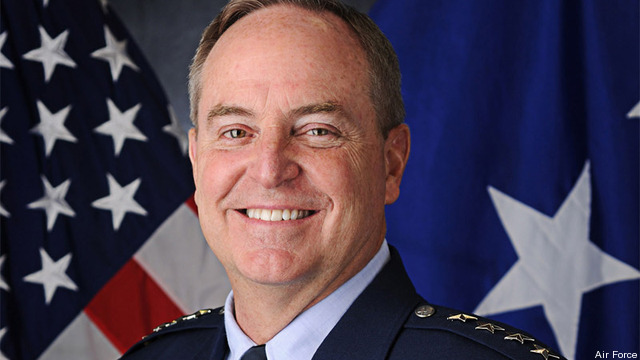 AFA WINTER, ORLANDO, FLA.:  The Air Force has launched a major effort to craft a new strategy and new efforts to better plan how it will spend its money, Air Force Chief of Staff Gen. Mark Welsh said today.

“The question for us now is, what is next? Is it strategic agility, cyber-centric operations, blended deterrence, all the above or some combination? I don’t know. Whatever it is, we’ve got to figure it out, and we’ve got to figure it out quick,” Welsh said, during a presentation to some 500 people attending the Air Force Association’s winter conference. New Air Force Secretary Deborah Lee James was seated in the front row, listening to Welsh’s speech.

“We need a strategy. We’ve needed it for a while,” Welsh said. This one will look out 30 years. It will be “reviewed every two years and completely updated every four years,” he said. Welsh said he didn’t know what the strategy would look like.

The service is also engaged in a 20-year resource plan designed to take multiple master plans already done by the Air Force and integrate them into a single Air Force master plan. “It’s going to be really important for us because it allows us to make strategic trades across our portfolios,” he told the AFA audience. And you could almost hear the industry folks sit up a little straighter when Welsh said this: “We are going to predict what our toplines are going to be for 20 years and we’re going to tie our own hands and try and stay within them.”

This raises the prospect of an Air Force master budget designed for 20 years. While it certainly won’t be binding on Congress, it may set a precedent for both the Air Force and the three other services. Below that will sit a series of so-called flight plans or master plans for such things as Intelligence, Surveillance and Reconnaissance (ISR), bombers, fighters and human capital.  That will be reviewed every year and updated every two years.

He also announced a reorganization of Air Force headquarters budget and strategy offices to improve the service’s ability to build budgets and to make decisions.

Later in the speech, Welsh committed the Air Force to begin the early work on a sixth generation fighter, something his immediate predecessors had resisted. “And folks: it’s time to start working on the sixth gen fighter. Nobody wants to hear that, but we have to,” Welsh said. 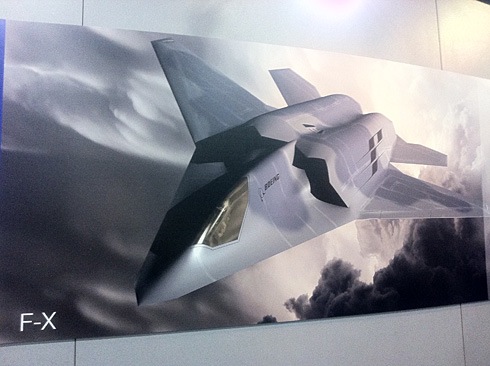 Boeing’s early conception of a sixth generation fighter, the F-X1.