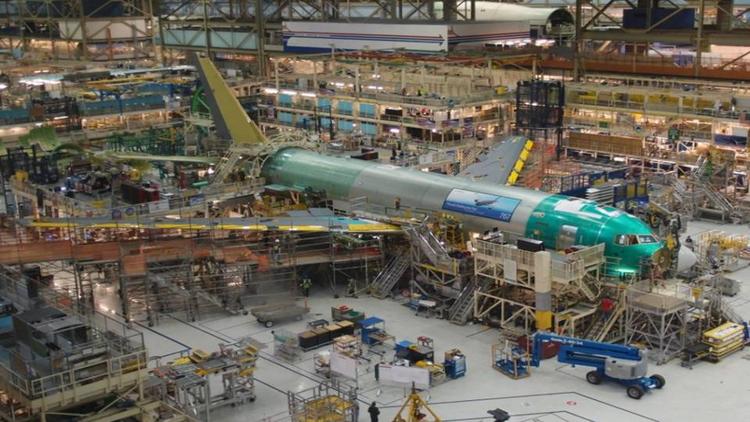 WASHINGTON: While the Air Force accepted delivery of the first KC-46 today, Boeing could face a total of $4.5 billion in cost overruns and withheld payments on the initial $4.9 billion contract for 52 KC-46 airborne tankers, depending on what happens as the company tries to fix the plane’s Remote Vision System.

How does that work? Boeing has already spent more than $3 billion of its own money getting the KC-46 started. And the Air Force announced today, as it accepted delivery of the first KC-46 some 17 months late, that it may withhold up to $28 million per plane until Boeing fixes the crucial Remote Vision System, a set up of sensors and cameras which allows the boom operator to connect the tanker to the plane that needs gas. Sadly, the Rockwell Collins system doesn’t work well in certain light conditions.

The Air Force says there are operational workarounds for the light conditions, but that’s what they are — workarounds. The service believes it will take Boeing three to four years to fix the RVS.

A tiger team from Boeing and the Air Force worked on RVS and developed nine critical parameters. Those must be met or the Air Force reserves the right to withhold $28 million per plane.

In the meantime, Air Force officials say the plane offers capabilities such as casualty evacuation, rapid offload of fuel to virtually all US combat aircraft (using either boom or drogue systems), is much more survivable than the current fleet and, most importantly, isn’t an antique. The average age of the KC-10 and KC-135 fleets is about 50 years. That’s why the service accepted delivery of the first plane, which Boeing considers a huge milestone.

In addition to RVS there is a need to redesign the boom so the KC-46 can refuel the venerable A-10. When the contract was awarded, the Air Force used the internationally accepted standard of 1,400 pounds pressure for the boom as it meets the refueling aircraft. The A-10 only develops 650 pounds. Since this is, in effect, a new requirement, the Air Force will eat the cost of redesigning the boom.

What next? Four KC-46 will be delivered to McConnell followed by four to Oklahoma’s Altus Air Force Base. By this summer Air Force officials expect Boeing to hit a delivery rate of three to four aircraft each month.

The long-term plan for Boeing appears simple — eat the costs of development now and make money as the Air Force purchase sweeps up to 179 planes, or more.