CORRECTED: Removed Reference To AT-6, Which Is Not Derived From T-6

WASHINGTON: The basic training plane for Air Force pilots, the propeller-driven T-6 Texan, is returning to flight almost one month after being grounded after a series of unexplained physiological events (what we used to call suspected hypoxia incidents).

As is the case with most such groundings, the service was very careful to call these “multiple unexplained physiological events.” A statement notes the incidents “differed from classic hypoxia, which is caused by oxygen deprivation.” A Physiological Event, by contrast, could also be caused by too much oxygen, contaminants in the air supply, or any number of other factors.

The T-6 problems appeared to be caused by degradation of parts and performance in the On-Board Oxygen Generating System (fondly known as OBOGS).

“After listening to pilots, maintainers, engineers and flight surgeons, it became apparent the T-6 fleet was exhibiting symptoms indicative of a compromise of the integrity of the OBOGS, leading to degradations in performance, which then likely led to the pilots’ physiological events,” Maj. Gen. Patrick Doherty, 19th Air Force commander, said in a statement. 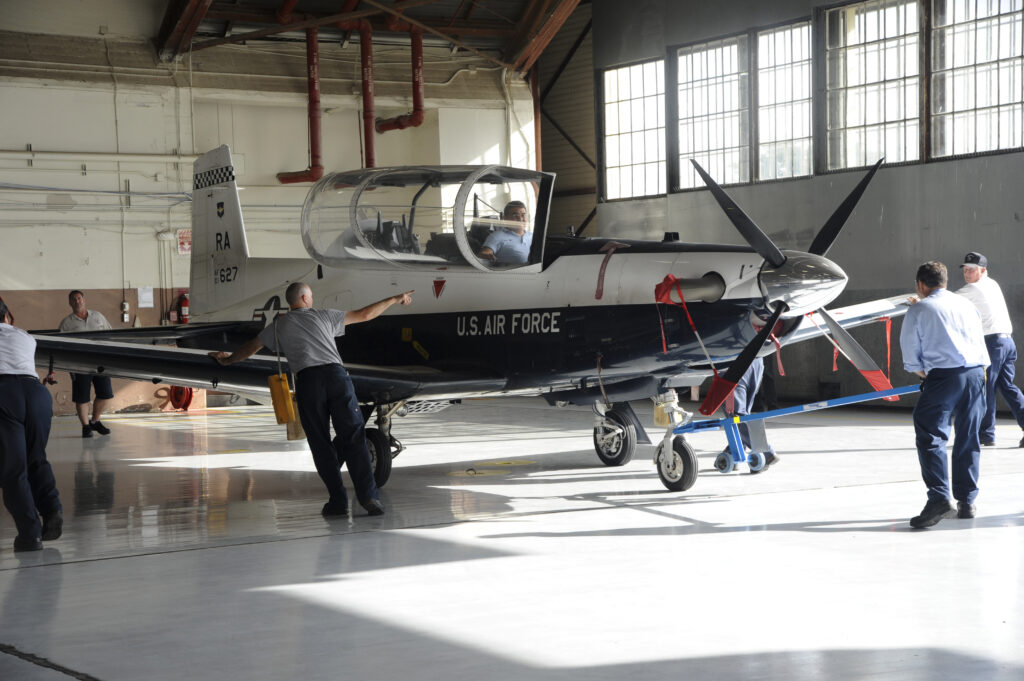 A team of experts from the Air Force, Navy, NASA and medical specialties studied the data from at least 40 pilots and found similarities with the Navy’s experience of physiological episodes with their T-45 Goshawk jet trainer. Pilots flying the Air Force F-35A Joint Strike Fighter and the Navy & Marine Corps’ F-18 Hornet — both frontline combat aircraft rather than trainers — have also recently reported suffering from PEs.

It’s important to note here that the Air Force has not met the engineer’s standard of finding the root cause of the problems. “We have zeroed in on a handful of components that are degrading or failing to perform and needed to be replaced or repaired more often than the Air Force anticipated when they bought the aircraft,” Doherty said.

Air Force officials hope to drive down the number of physiological events. “Proactive maintenance mitigation practices and inspections based on flight hours, have been created and are being accomplished on a much more aggressive timeline to ensure high performance of the OBOGS,” said Doherty.

How seriously does the Air Force take this issue? They aren’t just going to keep monitoring pilots but are also reviewing “the original acquisition and sustainment strategies developed when the aircraft was bought about 20 years ago.” The hope is they can learn lessons that let them avoid any similar problems with the next trainer, the T-X, which should be picked this year.

Doherty says the pilots who participated in the flight tests “have a reinvigorated confidence” in the airplane and its systems. “I’m very confident the team has reset T-6 OBOGS system back to peak performance for our pilots,” said Doherty.