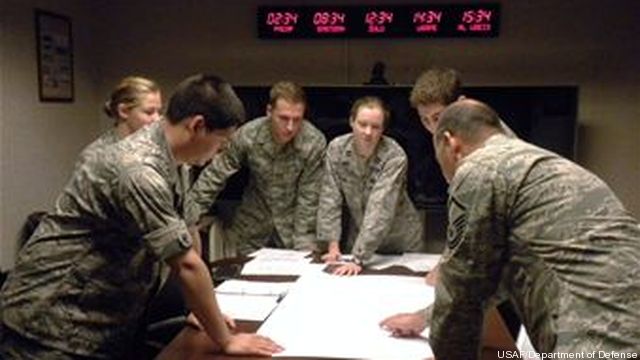 Washington: The Pentagon’s top intelligence official has ordered the Air Force to set up a new intelligence unit to analyze the behavior of foreign-based commercial aircraft and integrate intelligence from the combatant commanders as the planes move through American airspace.

While USD(I) will be the “focal point in DoD for intelligence on foreign civil aviation-related entities associated with illicit activities or posing a threat to the United States, its allies or its interests,” the Air Force will handle day-to-day operations through the Civil Aviation Intelligence Analysis Center, according to a July 29 memo from Vickers.

According to the memo, the CAIAC will be supported primarily by elements of the air service’s 29th Intelligence Squadron, which specializes in signals intelligence and is headquartered at Ft. Meade, Md.

Along with running operations at the center, the CAIAC director will coordinate with the combatant commands and various agencies within the intelligence community to “establish direct support relationships” in support of the center’s mission.

Air Force leadership is already lining up money and manpower for the new center, including it in the service’s upcoming fiscal year 2013 budget proposal.

However, the June 29 memo does not clarify if the director billet will be filled by a uniformed officer or by a civilian.