Airbus Mulls Bringing A400M To US 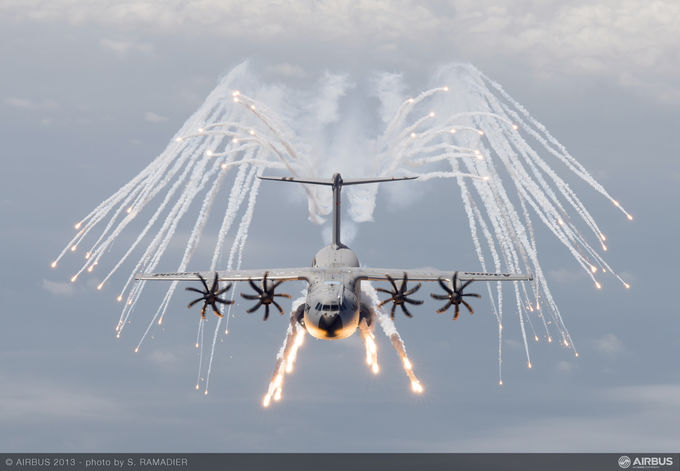 PARIS AIR SHOW: The A400M can do things no C-130 can. It’s much bigger than a C-130. The air platform is reportedly incredibly stable in flight, raising the possibility of launching rockets from it or putting high accuracy guns on it.

But it’s got a few problems. First, it’s European. Second, much of the senior Airbus leadership remains deeply scarred by their experience with their last big American sales effort, the failed attempt to sell the Air Force the A330 tanker, first with Northrop Grumman and then through their American subsidiary, then called EADS, now known as Airbus Americas.

UPDATE BEGINS The door for a visit was — encouragingly — left wide open this afternoon by the head of Air Force acquisition, Bill LaPlante. “In general, when we talk to Airbus, we think the more the merrier in terms of getting industry to think about our missions,” he said. “We understand there’s the history with the tanker.” He noted that, “we’ve been trying to bring Airbus in to our CEO roundtables.” UPDATE ENDS

I heard last year that Airbus was hopeful of beginning the briefing process in the Pentagon, catching the ear of some Air Force or Special Operations Command leaders.

But few American fliers know anything about the A400M Grizzly. It’s much bigger than the C-130 since it was designed to give Europeans something they didn’t have: strategic lift. It can carry big loads a long way. For example, the French military can now fly a helicopter to the fight aboard an A400M instead of shipping it in pieces and reassembling it.

But an A400M crashed in May, killing four crew members. Incorrectly installed flight software was found to be the cause. This morning, with French President Francoise Hollande watching. an A400M soared over the field at Le Bourget Airport, completing some combat climbs and sharp turns to demonstrate the plane is back and remains safe.

Now the company must decide the benefits and risks of bringing an A400M or two to the United States to show off its impressive capabilities. Will American lawmakers reflexively oppose a European plane, even one from an ally as staunch as France has been since 9/11? The Army is buying the Lakota helicopter from Airbus Military. In fact, the Lakota is on display in the American corral here at the show.

If I were an Airbus executive and wanted to test the market, I couldn’t think of a better way to do it than bringing the A400M to America for a week or two and showing off its capabilities — especially to SOCOM. We’ll see what they decide.