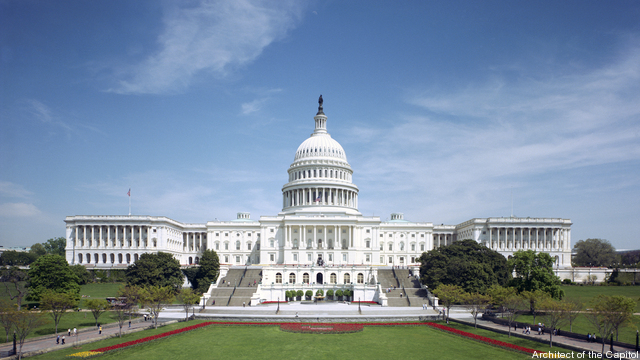 There’s a lot going on in the U.S. Air Force, but for the Senators at this morning’s Appropriations subcommittee hearing on the USAF budget, just one mattered: How budget cuts would impact their home states. While such parochialism is as shocking as gambling in Casablanca, it raises a red flag for the full-scale Base Realignment And Closure round the Pentagon has requested. The Defense Department is already considering recommendations from the bipartisan Council of Governors to roll back some of the changes. If politicians are this unhappy about the relatively small cutbacks to bases and reshufflings of squadrons in this year’s budget request, how receptive are they going to be to BRAC?

Other issues did manage to get in edgewise. California Democrat Dianne Feinstein asked about homestate aerospace company SpaceX, which has complained of being shut out of competition for military satellite launches. Air Force Secretary Mike Donley took the opportunity to promise a path towards greater competition and lower costs than allowed by the current configuration of the Evolved Expendable Launch Vehicle program, run by the United Launch Alliance between Boeing and Lockheed. “We have been concerned about the cost of the EELV program and ULA’s performance,” Donley said. “We believe we’ve been paying more than we need to for space launch; the flip side is we’ve had a string of sucessful launches…. Our objective is to get the cost of EELV down and bring in new competitors,” by reevaluating the cost basis of the EELV contract on the one hand and giving smaller companies like SpaceX the chance to prove themselves in low-stakes launches of less expensive satellites – ones the government doesn’t mind so much if they get blown up, in other words. So far there are two such launches set aside for new competitors, but they won’t lift off until 2014 and 2015. Feinstein seemed less than satisfied.

Secretary Donley also got in the now-standard warning against sequestration, and both he and Air Force Chief of Staff Gen. Norton Schwartz came out strongly in favor of the Pentagon’s efforts to rein in the rising costs of military personnel, from compensation to health care to retirement. But otherwise they spent their time fielding anxious inquiries about home state bases and squadrons, especially in the Air National Guard. Alaska Republican Lisa Murkowski presented a giant map showing the strategic location of Eielson Air Force Base, which is losing a squadron of F-16s. Tennessee Republican Lamar Alexander asked about getting more C-17 cargo planes to Memphis and about how planned streamlining of the Air Force Material Command would affect its Arnold Air Force Base testing sites, and he got reassurance on both. Texas Republican John Cornyn protested the proposed replacement of an A-10 squadron at Fort Wayne, part of a larger cut to ground-attack aircraft; his colleague Kay Bailey Hutchison argued against the relocation of Air National Guard C-130s from the Gulf Coast to Montana.

To the Texans, at least, the Air Force held out hope. The Council of Governors included counter-proposals on both Fort Wayne and the Gulf Coast C-130s in its recommendations to the Pentagon, Donley said, and those recommendations are under review by the Air Force. “We’ll be bringing the conclusions of our work to the attention of the more senior people in the department within days,” Schwartz promised, and the Pentagon will have its full response ready in time for Congress to make its decisions on marking up this year’s legislation.

But that’s just one step in a long and politically painful process – and an actual BRAC round hasn’t even begun.