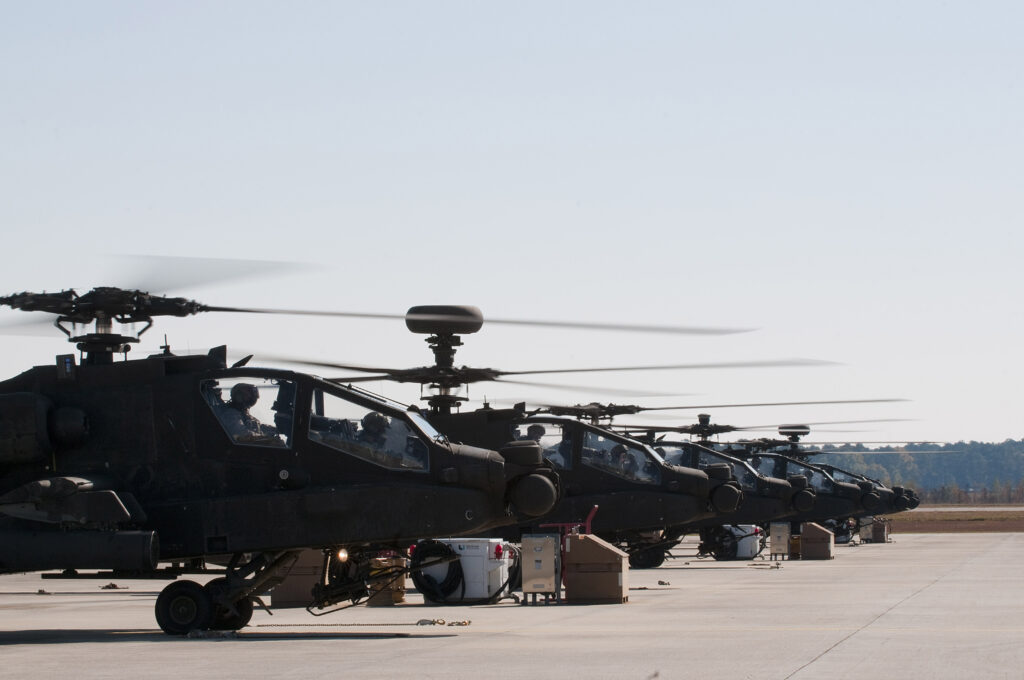 ARLINGTON: As it hustles towards a February 1st deadline, the National Commission on the Future of the Army remains pretty tight-lipped on what it’ll say in its report to Congress. Even our usually savvy sources are mostly shrugging their shoulders. However, the commissioners have dropped enough hints for us to make two educated guesses.

First, the final report will probably recommend the Army make more use of so-called “multi-component” organizations which combine both regular active-duty soldiers and reserve or Guard personnel. “If they’re not heading in that direction, they’ve certainly teased people” with enough mentions of it, said one long-time observer of Guard issues.

Second, the commissioners will probably protest that the Army budget is shrinking at a time when threats are growing. “I would be shocked if they don’t come down hard on sequestration, which is the foundation of these issues to being with,” the observer said. Without the Budget Control Act cuts, the regular Army and the National Guard wouldn’t be clashing for resources, especially AH-64 Apache helicopters, and Congress wouldn’t have created the commission to resolve that clash.

Admittedly, by law, the commission can’t submit a plan that requires additional funding to work. Their legal charter specifically says “The Commission will make recommendations … consistent with available resources, and anticipated future resources.” But they possess a lot of moral authority to make noise.

“Our authorization wording was come within ‘anticipated resources,’ an ill-defined term, but obviously we can’t just hand the Congress a bill,” said vice-chairman Thomas Lamont, a former Pentagon official and retired Guard colonel himself. That said, now that there’s a budget deal, “we know, within some range,what FY 17 looks like — and it’s causing us some pause, let’s put it that way,” Lamont told reporters after Thursday’s commission hearing.

(While the budget deal reached last month boosts defense spending in fiscal year 2016, it drops back down significantly in ’17).

Even as the budget goes down, Lamont went on, “we have to take into consideration what’s going on in the world and what’s happened most recently since the establishment of this commission” — he didn’t name names, but Russia’s intervention in Syria and the Islamic State attack on Paris come to mind — “and that too gives us some pause in our recommendations.”

Besides “more money,” the commission is likely to suggest hybrid “multi-component” units mixing active, reserve, and Guard personnel. At last Thursday’s hearing, for example, former Pentagon comptroller Robert Hale said point-blank that the commission’s subcommittee on aviation, which he heads, “is considering whether the Army could make greater use of multi-component units.”

Exactly how those units would work remains unclear, however. The Air Force has long been the leader in integrating active, Guard, and reserve, but its standard model, an “associate unit” arrangement, effectively has different units sharing the same equipment. The highly respected Hale doubted that just copying the Air Force would work, because of the different nature of Army training.

“We have a limited ability to apply that in the Army,” Hale said of the associate unit model, which is sort of a timeshare with planes instead of condos. “[Army] pilots need their own helicopter, so they can train in formation and joint operations – but there may be other approaches that would work.”

The difficulty of the issues isn’t a roadblock to getting the report done, however, Lamont assured reporters. “The commission’s really coming together pretty well on some of our tougher issues,” he said. “It has not been at the level of contention some people might have envisioned.”

The main problem is simply one of time. The commission’s last public meeting is December 17 in Arlington — added to the schedule when it became clear there was too much to get it all done at last week’s session — but staff are already writing parts of the report even as the commissioners decide on others. What’s more, while the official deadline is February 1st, at least some annexes to the report will included classified studies of operational effectiveness, which may take a month to clear.

“Logistically, we have to pretty much be able to submit a draft report — for security review — roughly right after the first of the year,” Lamont said. That means he and his colleagues will be working hard most of the holidays.

“Merry Christmas to all of us,” he sighed.