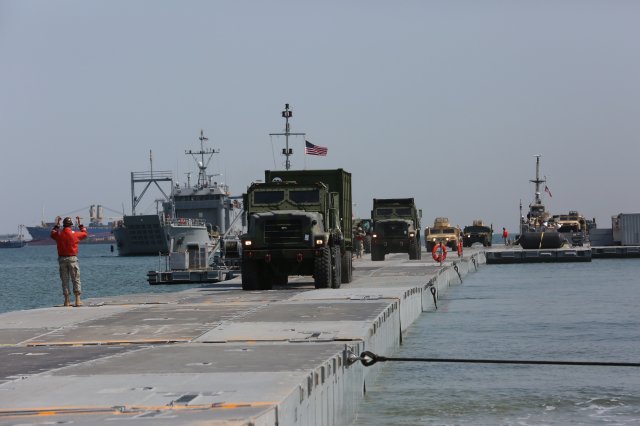 The Army says it’s learned its lessons from more than two decades of failed acquisition. Its Big Six will work. The service will build the weapons it needs to overmatch the Russians and Chinese and it will do it at reasonable speed and cost. Doug Macgregor, a retired Army colonel famous for his penetrating analyses and critiques of the Army he loves, isn’t buying it. Why? Read On, dear reader! The Editor.

The Senate Armed Services Committee recognized that the Army was falling behind in key warfighting capabilities in 2015. Thanks to the leadership of Sen. John McCain and Rep. Mack Thornberry, with their colleagues in both houses, the Army stopped shrinking and was provided with bipartisan support to modernize the ground maneuver force.

Today, the Congress and the nation expect action, not a five-year, multi-billion dollar Army effort to better define the problem, as the service currently plans. Asking industry to provide solutions without an initial Joint Operational Concept, a viable warfighting doctrine, and a new force design based on rigorous field experimentation that informs technical requirements is worse than foolhardy; it’s irresponsible and wasteful. John Jumper, former Air Force Chief of Staff, described the problem in November 2002 when he said, “We never do the CONOPS, which tells how we are going to integrate up, down and sideways, before we start talking about programs…”

Soldiers already know what is required: integrate new but mature technologies inside new maneuver formations at progressively lower levels within a Joint command and control structure, one that combines and assimilates powerful capabilities across service lines quickly and effectively.

To make the leap into this future now, not in a decade, the Army needs shock therapy, not a Big Six, as it calls the key areas of interest that promise marginal optimization of outmoded legacy means, methods, and systems. Shock therapy would mean:

The challenge to Army Modernization is no longer constrained budgets; it is investing to maximize the potential of the Army’s human capital in combination with new technologies; to capitalize on commonsense recommendations from soldiers in the field, as well as, from engineers. As always, leadership is essential.

The Army’s senior civilian and military leadership must provide what’s missing: an understandable and compelling vision for the future Army and a plan to resist the forces of romanticism in military affairs that defy reason. Describe the threats we face in vivid terms: One precision strike from five BM-30 Smerch (multiple rocket launchers) can devastate an area the size of New York City’s Central Park (843 acres or 3.2 square miles) with the impact of a 1 Kiloton nuclear explosion in a few minutes. Clearly, this environment is not the place for nostalgia.

Building a future ground maneuver force also means explaining what attributes and capabilities Army forces require to defeat the threat. Self-organizing and self-contained fighting formations with thinking leaders capable of rapid decision-making when faced with mountains of data are essential. An abundance of headquarters is not the answer.

Finally, the Army’s senior leaders must drive toward realistic, attainable objectives that produce tangible concrete outcomes on a relevant timeline.

Douglas Macgregor, a retired Army colonel and member of the Breaking Defense Board of Contributors, is a decorated combat veteran, a PhD, and the author of five books. His most recent is: Margin of Victory, (Naval Institute Press, 2016).