Austal Or Lockheed Gets 3rd LCS In 2017? Navy Says There IS A Plan… 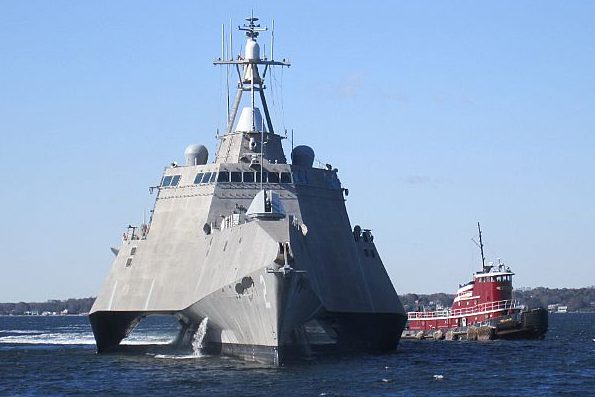 Austal’s Alabama shipyard just got the first Littoral Combat Ship contract of 2017, an award of up to $548 million to build an Independence-class all-aluminum trimaran, the as-yet unnamed LCS-28. Lockheed Martin, which builds the steel-hulled Freedom-class LCS with Wisconsin shipyard Marinette Marine, is still in negotiations with the government, a Lockheed spokesman told me. The burning question as yet unresolved: Which of the two yards will get the third LCS in the 2017 budget?

“There is a plan,” was all Naval Sea Systems Command spokesman Alan Baribeau could tell me. “The Navy is unable to release detailed information at this time.”

Since the chronically controversial Littoral Combat Ship program began in 2005, the Navy has scrupulously split ships 50-50, with the Lockheed/Marinette team building all odd-numbered ships and Austal building the even numbers. But you can’t evenly split an odd number of ships, so one yard or the other will come out ahead this year — even if the Navy awards the other yard an extra ship next year to compensate.

At this point, it’s not even clear how many Littoral Combat Ships will be in the 2018 budget. The Trump administration’s official request for 2018 asks for only one, but right after the official budget roll-out officials promised to add a second. But they’ve not yet said how it would be funded. (Navy officials have denied a Bloomberg story outlining cuts elsewhere). The House Armed Services Committee has three LCS in its draft National Defense Authorization Act, but funding for those ships and, for that matter, the whole NDAA is more uncertain than I’ve ever seen it.

Why does divvying up the ships matter so much? Congress, of course, craves precious manufacturing jobs. For its part, the Navy argues that keeping both yards in business ensures competition and reduces costs much more effectively, over the long run, than having a once-and-for-all winner-take-all contest that would leave the Navy with a single supplier and no alternative. 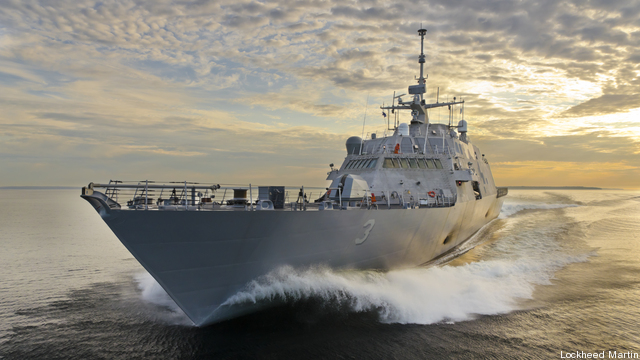 That industrial base argument is even more fraught now that the Navy plans to end production of the original LCS and start buying an upgunned frigate variant. Rather than buy two types of frigate, the Navy wants to purchase a single class of ships from a single supplier. (The Navy’s current plan is to buy a lot fewer frigates than vanilla LCS — either 10 frigates and 30 LCS or 12 and 28 — which means the frigate buy is too small to split economically between two yards). The frigate could go to Austal, to Marinette (with or without Lockheed), or to an entirely different firm with a different design, probably one of foreign origin.

To ensure both competition on price and the widest variety of designs to choose from, the Navy wants both Austal and Marinette bidding on the frigate. That, in turn, means keeping both yards in business until the contract is awarded in 2020. The Government Accountability Office (GAO) says both yards already have such a big backlog of LCS work that the contracts they already have will keep them in business until 2020, but the Navy and the shipyards aren’t so sanguine. That’s why they’ll be taking this year’s third ship very, very seriously.