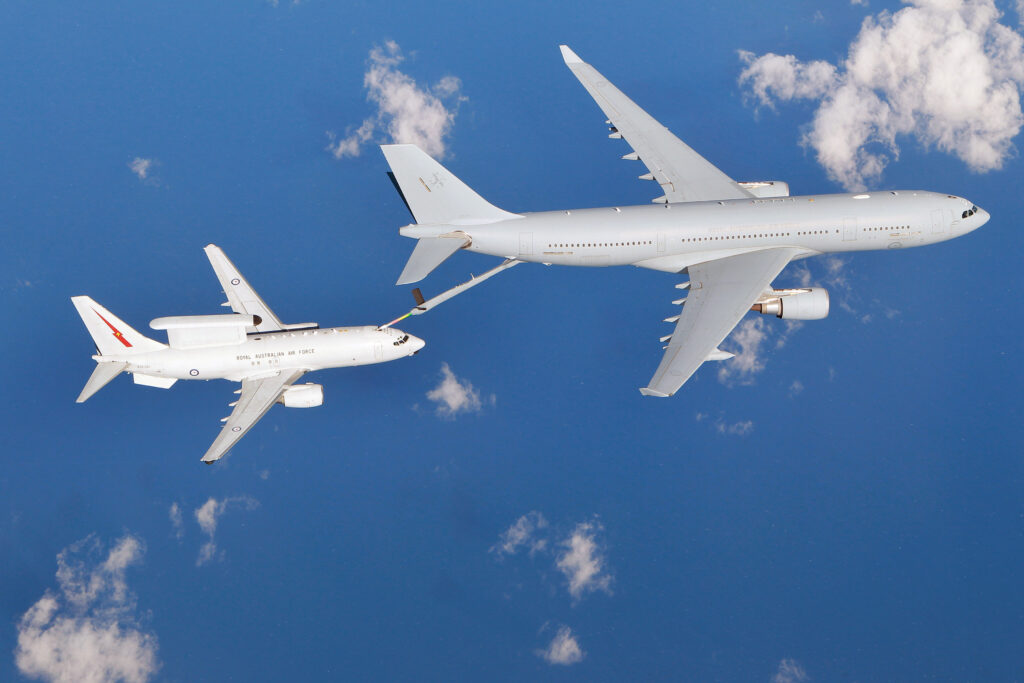 The Australian military is shaping a transformed military force, one built around new platforms but ones that operate in a joint manner in an extended battlespace. The goal is to extend the defense perimeter of Australia and create, in effect, their own version of an Anti-Access/Area Denial (A2/AD) strategy.

They also recognize a key reality of 21st century military evolution in terms of shaping an integrated information-based operating force. Interactive modernization of the force is built around decision-making superiority and that will come with an effective information dominant force.

That makes the Aussies a key partner to the US and other allies in discussing openly a path for force transformation along lines where cutting edge thinking is occurring in the US and allied forces. Put bluntly, they are driving a public discussion of transformation in a way we have not seen in the United States for a long time.

The goal was put clearly in an interview by Craig Heap, commander of the Surveillance and Response Group in the Royal Australian Air Force in an interview.

“We are small but we want to be capable of being a little Tasmanian Devil that you don’t want to play with because if you come at us, were going to give you a seriously hard time that will probably not be worth the effort; deterrence in its purest form,” the air commodore told me earlier this year.

Earlier this month, the Williams Foundation of Canberra held its latest seminar on force integration, this one focused on air-sea integration.  As Australia’s Chief of Navy, Vice Adm. Tim Barrett put it: “As we add new platforms, and modernize those we have the goal is not to build a joint force, but an integrated one.”

This theme was reinforced later in the day (Aug. 10) by the head of Australian Army modernization, Maj. Gen. Fergus McLachlan: “We are clearly committed to enhancing the capability of the ADF (Australian Defence Force) to provide for missile defense for the defense of Australia.  We are working to shape a lower-tier missile defense system. 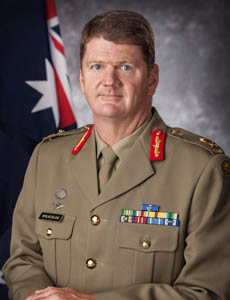 “And let me be clear: we see our system as under the control of a sister service and we are seeking to enhance the capability of Air Force and Navy to shed some defense of Australia missions to work further out into the region. This is part of our contribution to what one might call an Australian Anti-Access and Area Denial strategy.”

This started with the shift from the C-130 enabled and circumscribed force to one defined by the reach of a C-17 and K-30A dyad.  As 86th Wing Commander Adam Williams, who commands the KC-30As and C-17s based at Amberley Airbase: “The ability to reach out and affect the world has changed significantly for Australia. The idea a decade ago that we could effectively lodge a force anywhere in Europe and operate at short notice was unimaginable,” the Group Captain said.

That sort of reach to sustain an air force at greater distance is crucial for Australia’s perimeter defense. And the Aussies are “informationizing” their C-17s, KC-30As and C-130s to provide integrated support to their forces operating at great distances. They are adding new communications capabilities and thinking about how to use the large tanker and its internal space as storage and or for transfer capability in the battlespace.

In addition, the Royal Australian Navy has added large deck amphibious ships to its fleet and is adding new air warfare destroyers. But it’s not all focused on ships. It’s working closely with the Army and Air Force to ensure that the fleet is integrated with the other services and can deliver effects in an extended operational area. 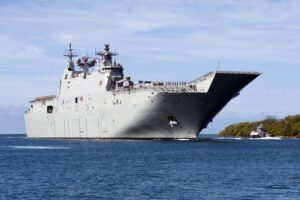 Shaping a more integrated force is about having a more capable force in the defense of Australia, which can only come through close collaboration with allies in a deterrence-in-depth strategy.

What does this mean for the ADF? As new platforms are added in one service, they are being added with interactive modernization with the other services in mind, and with an eye to shaping a more effective and lethal force package overall.

As former Chief of the Royal Australian Air Force Geoff Brown put it: “We are not going to win the race for mass; we have to prevail in terms of force integration or an our ability to deliver what (US) Rear Adm. (Michael) Manazir has referred to as kill webs.”

It should be noted that the first allied force to discuss the kill web concept was the RAAF. Only two days after Manazir introduced the concept at a Mitchell Institute audience in Arlington, Va. earlier this year, the Air Combat Commander in the RAAF was taking it onboard. In an interview with Air Commodore Steve Roberton at his office in RAAF Air Base Williamtown, he argued that there is a three-phase process underway and “we are only at the first step. We need to be in the position where our maritime surface combatants are able to receive the information that we’ve got airborne in the RAAF assets.…. But we need to get to a level, where they too can provide information and weapons for us in the air domain. That is how you will turn a kill chain into a kill web. That’s something that we want in our fifth-generation integrated force.”

In an interview after the speech, Manazir said: “We are moving towards ‘informationized’ war, “and the Aussies clearly understand and are preparing for the strategic shift. It is important to be in Australia and to discuss with the Australian military how to get our minds around the key issues of military transformation.”

In part, the rethink, which the Aussies are doing, is driven by concurrent platform modernization across the ground, air and sea domains.  Illustrative of the difference with the United States was this response to a question posed to a senior RAAF uniformed capability manager: “It is often said that we have 80 percent of the force which we will have in 20 years, so that the challenge is about how to leverage the new platforms and systems to get innovation.”

New weapons isn’t the problem. “Our problem is different: how to get maximum warfighting value out of the force we are building.”

There are two examples of the kind of interactive modernization evident from my various visits to Australia and interviews with the ADF.

The scanning and tracking capability of the aircraft is unique and makes a significant contribution to air battle management; but the Aussies are building in Wedgetail to army and navy transformation as well. The Virtual Wedgetail system which is a ground based replica of the current flying Wedgetail system is being connected to both Army and Navy training, and the RAAF and the Navy are working towards exercises this fall when Wedgetail will support the new amphibious ships.

Because the aircraft is software upgradeable, and the squadron is collocated with the system program office at Williamtown Air Base, the combat team is the driving force for software change. What this will mean over time is that as the demand is broadened to the sea and land domains, the software will need to be rewritten.

A second example is the LHD fleet. When the Aussies purchased the LHDs, they chose the Spanish Juan Carlos-class, a large ship with a ski jump, which can provide significant capability at sea. But what capabilities do you want on the ship?

The LHD is being used by the Army as a forcing function to drive further integrative innovation with the Navy and the Air Force in the digital domain. Next year the Army will operate with the Navy in deploying a digital system aboard the LHD, designed to support the force ashore.

The challenge long-term challenge for Australia remains how best to shape its force structure in the years ahead in which a culture of joint force design can lead modernization. That’s the topic for next year’s Williams seminar.