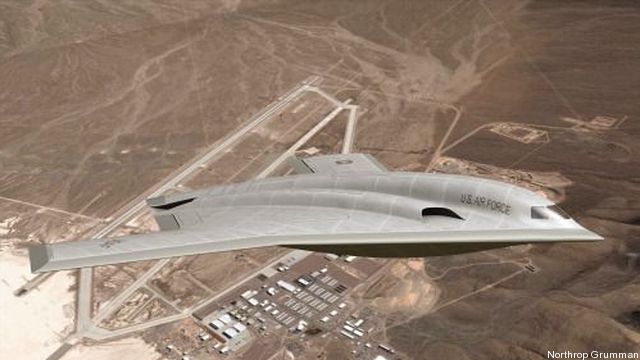 An artist’s concept for a stealthy future Long-Range Strike Bomber.

The Air Force very quietly released a Request for Proposal (RFP) this summer for the new Long Range Strike Bomber (LRS-B). With a purported fly away cost of $550 million per aircraft — but with estimates up to $810 million — the LRS-B will be one of the largest acquisition programs in history with broad strategic implications to the end of this century. Although I am not privy to the RFP, as a career stealth bomber pilot I believe the B-2 program can provide important lessons for this new program. Stealth technology is unique in many ways. We should learn from past struggles as we start at the ground floor of this new platform.

What should we do?

Resist research and development cost overruns:  About 80 percent of stealth capability depends on the aircraft’s shape and design. The real cost comes in chasing the last 20 percent with cutting edge materials and technology. The B-2 evolved over the years to make it more maintainable, but few improvements were made in its baseline stealth signature. A focus on getting the overall shape right coupled with a balanced approach to pushing the technological boundaries can help significantly to control costs.Make it sustainable and maintainable: Closely related to materials and technology is overall sustainability. A 90 percent solution using easily maintained low observable materials creates a vastly better warfighting machine than an edge-of-the-envelope design that is difficult and expensive to maintain.  The technical edge lost can be more than offset by good planning. To a stealth pilot, mission planning is life. I’d take a small hit on cutting edge technology if the tradeoff is a reliable low observable signature I can use consistently for planning. We need to resist the urge to make the new plane exquisite  and focus on making it a reliable bombing platform that can fly for the next half century or longer.Decide now on the nuclear mission: The Air Force currently plans to certify the LRS-B as nuclear capable at a later date. This is feasible given the current force structure, but the nuclear mission must play a central role in the aircraft’s design from the start, as we’ve seen what happens when we slight this critical mission area. Build this aircraft as a true dual-role weapons system — don’t try to just add the nuclear mission in later.  At least 50 of the baseline 100 aircraft should be nuclear capable to pick up the mission as the B-52 finally heads off into the sunset around 2040. Making an aircraft survivable in the nuclear environment comes with significant costs, not just in dollars, but in terms of tradeoffs of hardware capability to ensure its ability to operate in adverse environments. Reengineering the jet at a later date will result in high costs across the board. When the aircraft actually gets certified for nuclear use is a question of policy.  But building the right number with nuclear capability is the question that must be answered before LRS-B starts to come off the assembly line.Shed the silver bullet mindset: Many people still think that stealth implies the ability to tackle missions alone and unafraid. In reality, stealth is designed for integrated operations and frequently requires support on multiple levels, from jamming platforms to escorts, depending on the threat scenario. Chasing on-board solutions for all possible tactical problems will drive design costs up and eventually lead to massive costs in subsequent updates down the road. The B-2 program provides many ready examples.Build a bomber, not just a delivery platform: At some point, the LRS-B will become the nation’s sole heavy bomber. It needs to be a robust bombing machine able to perform flexible and rapid retargeting via data link and onboard radar/targeting pod capability. Contemporary strike missions demand both moving target and maritime targeting solutions. 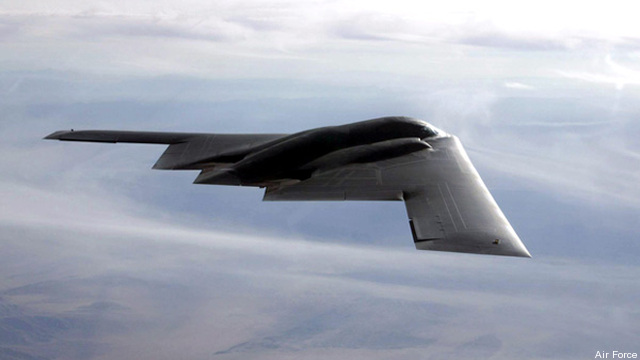 The B-2 has shown promise as a non-traditional ISR platform. The LRS-B could incorporate signal collection capability from the start. Any consideration for more crew-intensive ISR capabilities, like targeted imagery collection, should be carefully weighed against crew task load. Putting a full suite of Intelligence, Surveillance and Reconnaissance sensors on a deep strike platform represents an excellent capability, but it should not come at a cost to the primary mission. New weapons should be easy to integrate into open architecture software. Don’t fall for the trap that precision weapons make bombing a simple exercise of driving to a release point. That works right up until the adversary figures out how to defeat or degrade the technology. That’s when you need the pilots and the aircraft to finish the job.

Keep the pilots in the plane: The pilots are what turn the technological edge of stealth into a useful and operational weapon. We should scrap the idea that LRS-B might be capable of being flown without on-board crews; while unmanned platforms are important now and will be more important in the future, this is not the platform to lead that charge.

Unmanned versions of the LRS-B or the ability to control drone versions in a formation certainly has a technological allure. Either option would likely drive up overall cost, add to complexity of both the aircraft and required ground support, and perhaps push an already very busy crew task load to an unsustainable level.

An unmanned or drone variant would also face challenges with fuel. While we may eventually gain some capability for air refueling with unmanned platforms, receiving 100,0000 pounds of gas multiple times under a variety of conditions could be insurmountable. I have shown up several times for a tanker late at night, in the weather, and low on gas; add in unforeseen changes to the rendezvous plan with some aircraft malfunctions and you will rapidly see why the pilots are needed for global strike missions.

The eventual nuclear mission of the LRS-B makes the feasibility of unmanned use even less palatable. Keep the LRS-B selectively manned with handpicked pilots from across the entire pilot corps of the Air Force. The greatest tactical strength of the B-2 program lies in the diverse pilot force that brings ideas from every community. Couple this with a robust Companion Trainer Program that would allow the bomber to be flown less, but still keep pilots proficient in the air at a fraction of the cost.Don’t forget the little things: Learn from the B-2. If future LRS-B pilots have to bring a lawn chair to sleep on for long duration sorties or make the wonderful choice of sleeping with their head next to the toilet or the hot air vent, that would be unfortunate. I’d be remiss in not calling for an integrated moving map with easy to use inflight replanning system. In all seriousness, if we are going to ask a crew of two pilots to fly 40-plus hour missions we need to think about the little things to keep them comfortable, alert, and alive!  Bring in experienced weapons school instructors early in the design process; they will make the cockpit and interface right from the start.

The B-2 program has evolved with the hard work of dedicated leaders, maintainers, base support and pilots since joining the fight in the 1990s. Stealth works, but as it will eventually be the only game in town, the Air Force has to provide a reliable fleet that is ready to fight in large numbers at any time.  Decades of experience are out there to help LRS-B become history’s greatest bomber if policy makers and industry are ready to listen. 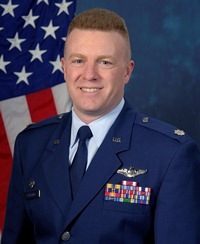 Lt. Col. Jeff Schreiner is a career B-2 pilot and Weapons School Instructor. He most recently commanded the 13th Bomb Squadron, the Grim Reapers, at Whiteman Air Force Base in Missouri. He is a National Defense Fellow at the Stimson Center in Washington. The views expressed in this article are those of the author and do not necessarily reflect the official policy or position of the Air Force, the Department of Defense, or the U.S. Government.