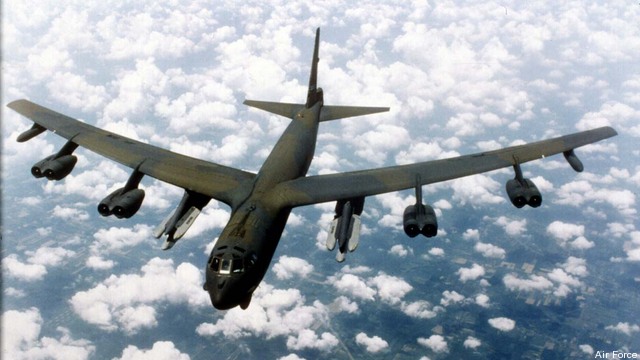 TEL AVIV: As Israelis celebrated their independence day, sources here told Breaking Defense that at least one of the B-52s deployed to the region passed through our airspace, headed to “one of the Gulf states.”

I’ve confirmed that Israeli intelligence was the driving force behind Washington’s decision to send an aircraft carrier to the Persian Gulf. More updated intelligence data is being transferred to the U.S as these lines are being written.

The Israeli defense forces (IDF) are now in the highest alert along the borders with Lebanon and Syria. Large infantry and armor formations were deployed along the border with Gaza after last weekend’s fighting during which the Hamas launched 600 rockets into Israel. The Iron Dome anti-missile system intercepted 90 percent of those with a deadly trajectory. However, four Israelis were killed.

What is driving the major increase in the public threat levels? Israeli sources said May 8 that the pressure put by the U.S on Iran for not fulfilling the “nuclear deal” is prompting Teheran to “take aggressive action.”

This, according to the sources, may take the form of Iranian attacks on U.S targets in the region, as well as Iranian-backed operations against the Israeli Air Force (IAF) if it attacks Iranian targets in Syria.

The White House announced on May 5 that the U.S is dispatching the USS Abraham Lincoln Carrier Strike Group and a task force of Air Force B-52 bombers to the Middle East (CENTCOM). Here’s the detailed breakdown of the CSG: 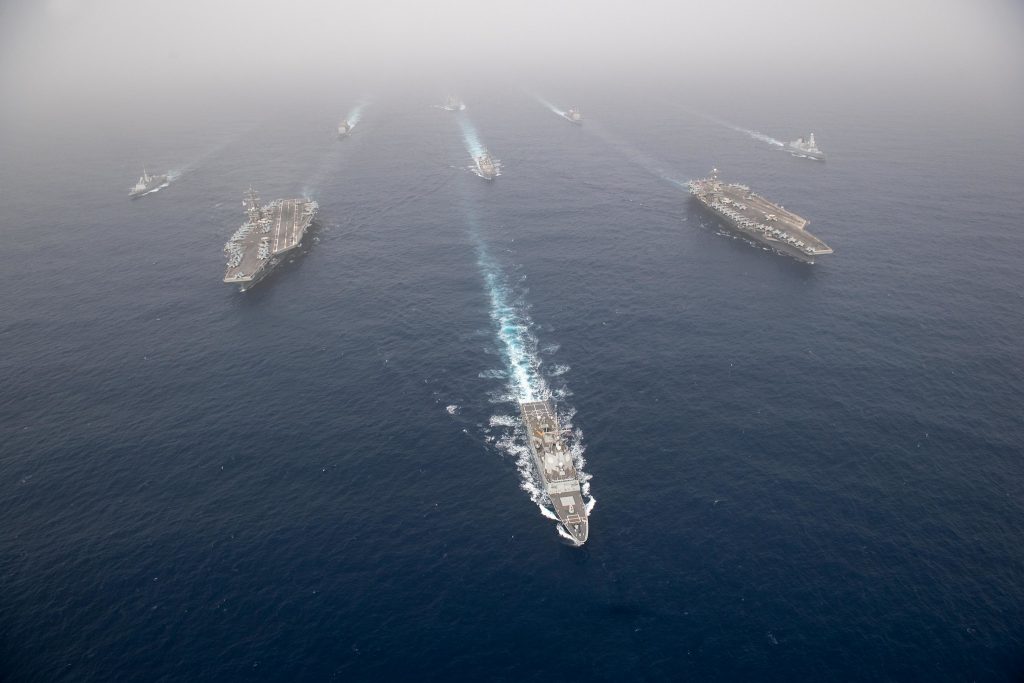 Meanwhile, Israel is focusing all its intelligence “sensors” on Iran. Among the Israeli experts who spoke with us, there is an assessment that the Revolutionary Guards are most likely to attack an American vessel in the Persian Gulf.

In recent days, Israel’s Mossad has warned the U.S again that Iran had already used Iraqi militias to carry out attacks against American soldiers in Iraq and that the preparations for more attacks were at an advanced stage. The timeline was tight: they assessed that the attacks might be carried out even in a few days.

The Israeli intelligence sensors are fully focused on Iran to detect any specific preparation for an attack on U.S forces. They are also focused on Iranian ships carrying short-range ballistic missiles that in recent days sailed to the waters of the Persian Gulf. 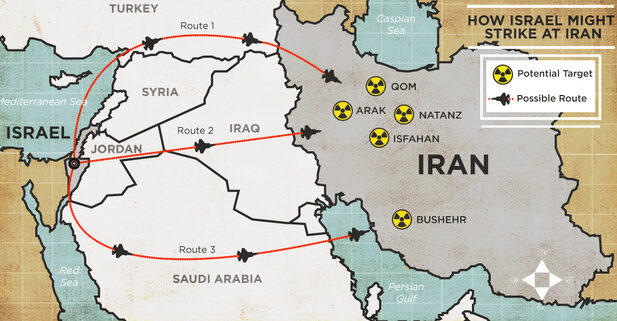 The map is six years old but the concepts haven’t changed much.

These ballistic missiles could hit American ships or US and British coast facilities in the Persian Gulf — especially the allied naval bases in Bahrain and elsewhere.

The Israeli warning caused immediate action in Washington. US Secretary of State Mike Pompeo canceled his planned visit to Germany and flew to Iraq to warn its prime minister of serious consequences if terrorist attacks were carried out in his country against American soldiers who came to help fight ISIS.

Professor Uzi Rabi, a senior researcher at the Center for Iranian Studies at Tel Aviv University, told Breaking Defense that Teheran has “lost the capability to forecast what will happen if they act against the U.S or its allies in the region” since President Trump took office.

Rabi added that his assessment is that the Iranians will act only “out of desperation” if the U.S. sanctions create an unbearable situations for them.

If Iran grows desperate enough, they may direct attacks or rocket fire on the Golan Heights, and perhaps on the Lebanese border. There is also a possibility that the Iranians will press the Palestinian Islamic Jihad in Gaza to strike against Israel.

In Jerusalem it is clear Iran is now becoming desperate the last round of US sanctions may pose a real threat to the survival of the ayatollahs. When Iran is desperate, it may act not only against American interests, but also against the interests of the allies of the United States and Israel at the top of the list.

Prime Minister Benjamin Netanyahu responded on May 8 to Iranian President Hassan Rowhani’s threats to accelerate uranium enrichment: “On my way here, I heard that Iran continues its plans to achieve its nuclear program. We will not allow Iran to obtain nuclear weapons,” Netanyahu said at the state memorial service in Jerusalem. Should we consider that a red line?