Breaking The Prison Of Our Own High-Tech Success 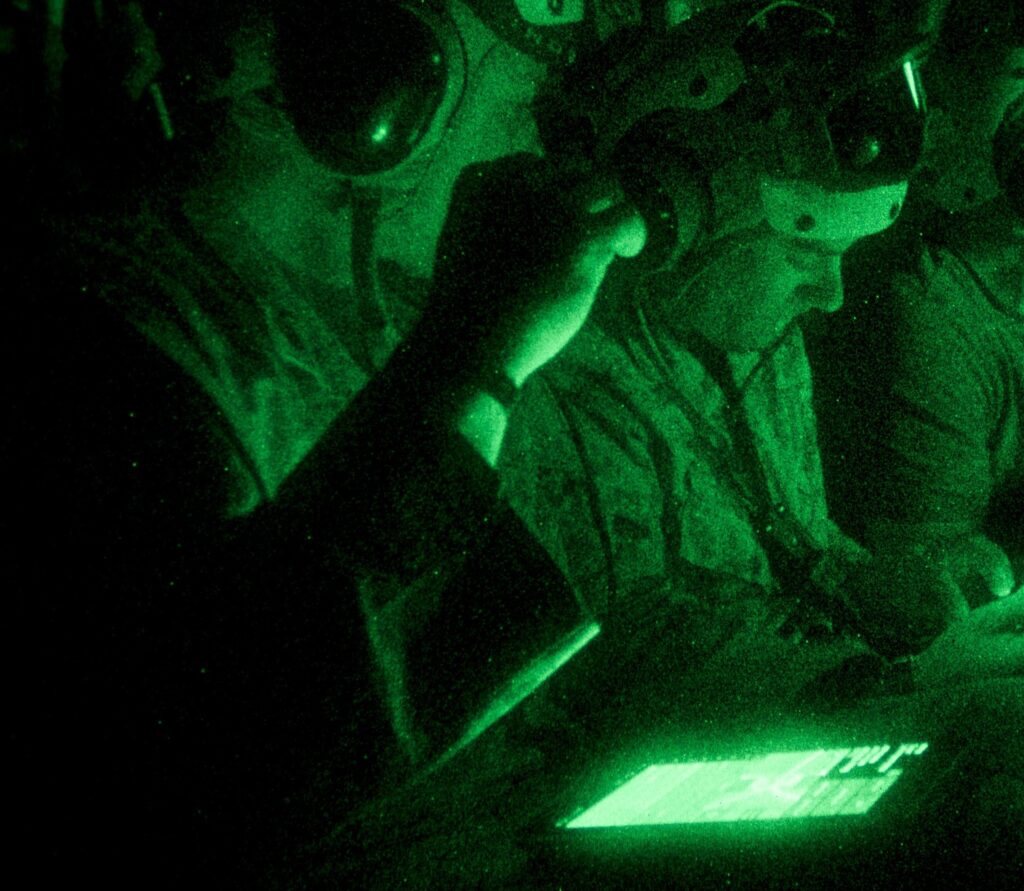 Marines use off-the-shelf Samsung tablets to coordinate an Infantry Officers Course exercise from the back of a V-22 Osprey.

WASHINGTON: High-ranking officials and blue-ribbon commissions have spent decades trying to reform how the Defense Department develops new technologies, buys them, sustains them, and controls their export abroad. Almost everyone has failed. Why? Ben Fitzgerald says they’re thinking too small.

“Hey guys, this is actually a strategic issue. It’s not just an acquisition issue or an ITAR [International Traffic in Arms Regulations] issue,” said Fitzgerald. Even taking on a topic as tangled and sprawling as “acquisition reform” is still addressing only one piece of the fundamental problem: staying on top of technology.

The irony is that the US should be well positioned to compete, said Fitzgerald, who heads the technology and security program at the Center for a New American Security and who just published a study advocating “Creative Disruption.” The US has innovative companies, an educated workforce, and a highly professional military, he told me, “but we choose to cling to the methods of past success.”

That past success was the “offset strategy” developed in the decade after Vietnam, Fitzgerald said. By systematically exploiting America’s superior technology to “offset” the Soviet bloc’s advantage in numbers, the strategy gave us smart weapons, stealth aircraft, battle command networks, and the whole arsenal of high-tech tools that shattered Saddam Hussein’s forces in two conventional wars and which underlie US military dominance today.

But we became victims of our own success, Fitzgerald argued. “Essentially we are still riding the coattails of that strategy 30 years later,” he told me. “All the things that we have — ITAR, MTCR [Missile Technology Control Regime] — all those are optimized for the late 70s, early 1980s and make a lot of sense in that context, but we’re not in that context anymore.”

The current system made sense when America had a tremendous technological lead and the defense industry drove America’s greatest innovations. Jet bombers gave rise to jet airliners, ballistic missiles to moon rockets, electronic connections among Pentagon-funded researchers to the Internet. But the rest of the world is catching up. The defense sector funds an ever-smaller share of US research and development compared to consumer-oriented companies, and the US and Europe fund an ever-smaller share of global R&D compared to East and South Asia. In fact, according to Fitzgerald’s report, Apple — a global consumer electronics company — could buy the two largest defense contractors, Boeing and Lockheed Martin, “with its cash on hand.”

“The military-industrial complex is still significant,” said Fitzgerald, “but it’s not the 800-pound gorilla that it was 40 years ago.” Advances in some of the areas most important to military success — satellites, networks, cybersecurity — are increasingly driven by commercial innovators, not defense contractors, and increasingly outside the United States. Instead of being able to use export controls and security regulations to keep sensitive technologies out of the wrong hands, the US will often have to play catch-up to what’s widely available to everyone, including adversaries.

“How do we generate military advantage if the majority of technology with military relevance is going to be commercially available?” Fitzgerald asked. “Is technology going to be where we generate our advantage, or is it actually in our strategy, in our concepts of operations, in our training?”

If the offset strategy was about exploiting the US defense sector’s technological lead, the new strategy needs to exploit non-defense and non-US innovation wherever possible. Instead of the current export control and technology disclosure system, which is designed to keep foreigners from buying our technological secrets, we need a system that makes it easy for foreigners to sell us their secrets. Only such collaborative ventures can let the US military keep up with the world at an affordable price. That, in turn, will save scarce resources to invest in targeted, military-unique technologies that others can’t or won’t develop: laser weapons, for example, or hypersonic cruise missiles, or better nuclear-powered aircraft carriers.

So, first, the US government “needs to do a better job of figuring out the things it must invest in and the things it should acquire other places,” Fitzgerald said. Second, once the government has set its investment priorities, he went on, “[it] needs to provide a better and more reliable demand signal to defense industry”: That way, private companies can prioritize their own scarce research and development dollars for technologies they can have confidence the Pentagon will someday buy.

“What we have currently is neither of these,” he sighed.

“The paper does have something of a bleak outlook,” Fitzgerald acknowledged. “Some of that is from a sense of frustration….The majority of the challenges that we face are of our own making[:] our bureaucracy, our regulatory environments, congressional oversight.” But if our problems are of our own making, he said, then we can unmake them, too.