Can The Pentagon Protect Young Innovators? 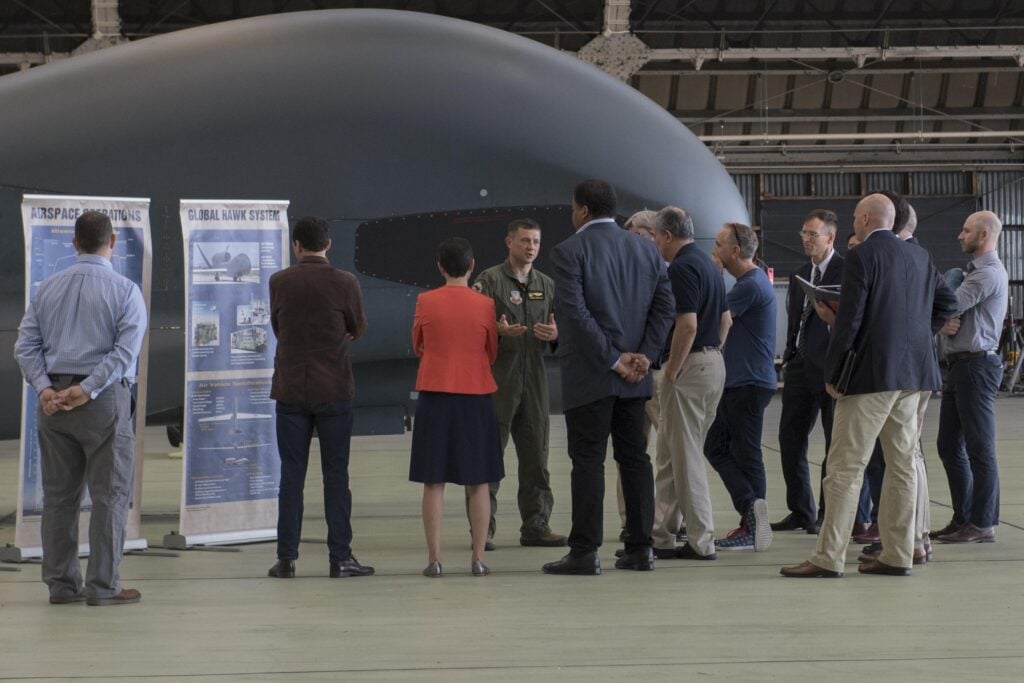 Members of the Defense Innovation Advisory Board inspect a Global Hawk drone at Yokota Air Base in Japan.

CRYSTAL CITY: Ash Carter created the Defense Innovation Advisory Board so the military could tap the expertise of a panel of civilian luminaries, from Google’s Eric Schmidt to pop astrophysicist Neil deGrasse Tyson. But the board is less interested in being oracular than in embracing and adopting enthusiastic young innovators.

To paraphrase several participants at yesterday’s board meeting: The Department of Defense has no shortage of innovation or innovators. The board members agreed. Having already delivered a dozen recommendations on more technical matters, the DIB is shifting to personnel reforms to protect the rising generation of innovators from the Pentagon bureaucracy.

“We’re seeing a groundswell in a (new) generation, and that’s refreshing and inspiring,” said Lt. Col. Dave Hardin. “(They’re) tapping into these informal networks that will build the kind of military that will give us the edge in the future.”

Hardin works for the Air Force’s new tech incubator, AFWorks, and he knows first hand how rewarding and frustrating it can be to try to innovate in the Defense Department. It took intervention by the Defense Innovation Board to “save one of our initiatives,” he said. For all the creative ferment at the lower levels, Hardin warned the board, “we’re still in a place where the culture requires a herculean effort (or) the momentum is still killed.” 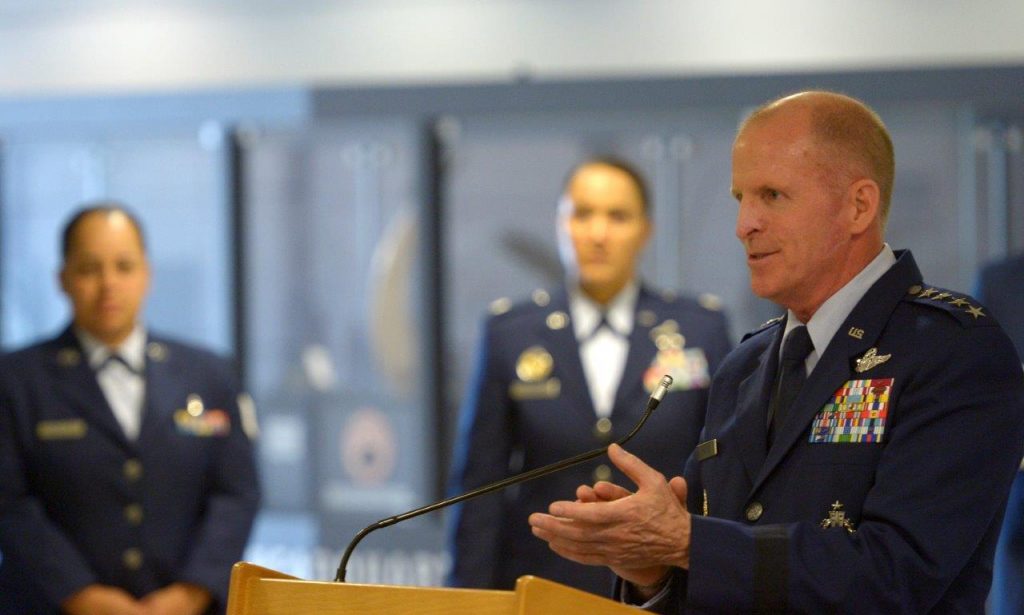 As a lieutenant colonel (paygrade O-5), Hardin would be the junior guy sent to get the coffee in parts of the top-heavy Pentagon, but at the DIB meeting he was one of the most senior speakers. There was one significant exception: Gen. Stephen Wilson, the four-star Vice Chief of the Air Force, in attendance to announce the official stand-up of AFWerX — modeled on Special Operations Command‘s SOFWerx — which he described as a “storefront” where all sorts of civilian innovators could bring their aerospace and cyber ideas to the Air Force for testing. But the other uniformed speakers — all male, representing all four services — were a pair of lieutenant colonels (counting Hardin); a Navy lieutenant (an O-4) and a pair of captains (O-3s), all in their twenties; and one enlisted man, Petty Officer First Class Richard Walsh, speaking for an unavoidably absent Navy captain (O-6).

That is not the mix of ranks you normally see in a Washington area event, where generals and admirals drive the agenda, and it’s hard to throw a rock without beaning a retired O-6. But it much better reflects the ranks that are actually making things happen at bases and units around the country.

That said, most of the young speakers carefully noted the one-star, two-star, or three-star officers who’d helped find funding and institutional support. As Petty Officer Walsh put it, “nothing happens without top cover.”

Walsh, like Hardin, has first-hand experience. He’s part of a team that developed a new training program meant to teach how to innovate in the Navy. “All throughout the services,” he said, “there’s a hunger (in) a lot of people that are at the bottom of the organization but really have no idea…how they get an idea to move through the system.” The training program, called Illuminate, was tested in workshops with about 1,000 sailors of the Japan-based 7th Fleet and published in a manual that Walsh calls “a Hitchhiker’s Guide to naval innovation.”

This progress, Walsh said, depended the patronage of Adm. Philip Davidson and Vice Adm. Richard Breckinridge, the chief and deputy of Fleet Forces Command, which runs training. Lots of senior leaders talk about innovation, Walsh said, but talk doesn’t sign checks. “What is incredibly important is to have protected funding lines for innovation,” he said. “Money talks a lot louder than words.”

Another presenter at the meeting, an Air Force captain named Benson, recalled a long slog of going from one office to another with “a tin cup” seeking funding. His team’s idea, for a technology accelerator within the Air Force, started 16 months ago as extra credit work for the one-star commandant of the Squadron Officers’ School. After they graduated, it got picked up by another one-star patron. The team finally found a home in AFWerX, ending its days of door to door begging, and will kick off a counter-drone project in January. 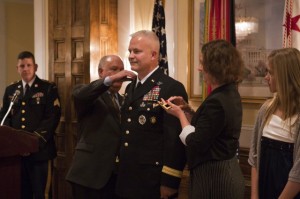 For every would-innovator that does find a patron, however, there are unsung others that don’t. The Defense Department doesn’t have an institutional home or a career path for this kind of people. The Defense Innovation Board has some ideas for how to fix that. Its new package of “proto-recommendations” — they’re not fully formed official recommendations yet — includes uncontroversial measures such as new education programs and explosive ideas to upend 77 years of personnel policy.

Since Gen. George Marshall summarily fired scores of superannuated generals on the eve of World War II, the US military has followed a strict rule of “up or out.” There’s a standardized timeline for when an officer should be promoted to the next rank, with a few years’ wiggle room for high performers to ascend earlier or for late bloomers. If you’re not promoted to a certain rank by a certain date, you’re out, no matter how good you are at your current job.

What’s more, the higher the rank, the more the promotion criteria call for conformity — promoting generalists with command experience rather than technical specialists. The Army experts in foreign language and culture known as Foreign Area Officers, for example, have almost no chance of becoming generals. Even in acquisition, a specialty that deals with millions or billions of dollars in taxpayer money, program mangers are required to move on to a new job after just a couple of years, ensuring an endless series of reinvented wheels.

So the Defense Innovation Board wants to exempt a chosen corps of innovators from these requirements:

The idea is to create “a track for innovators so they don’t get trapped in the up or out,” said DIB member Michael McQuade of United Technologies. Today, he said, all too often we see a cycle of “I have this great idea, I have two years to work on it — just as it comes to fruition, I have to go do something else because I’m an interchangeable person.”

“This up or out mentality forces people to literally just to try to make it as long as they can without screwing up and getting fired,” said Petty Officer Wash. “The fact that we have no incentive to embrace risk really destroys innovation inside the military.”