The contest to build Canada’s next warship just kicked into high gear, and it’s a preview of the US Navy’s own frigate competition, with many of the same players. Earlier today — ahead of other competitors and the official deadline — Lockheed Martin and BAE Systems officially submitted the Type 26 frigate, which BAE is already building for the British Royal Navy. The Franco-Italian FREMM, the Spanish Navantia F105, and the Danish Stanflex are all likely competitors for both the Canadian and the US frigate programs. 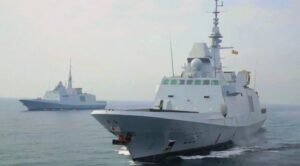 Previously, I’d downplayed the possibility of the US Navy buying the Type 26, because the first frigate hasn’t been built yet, whereas the French, Spanish, and Danish designs all have long track records at sea. Having a track record is particularly important because America’s on a tighter schedule than Canada and therefore has less time to work out kinks in an untested product. The US FFG(X) program plans to award a construction contract in 2020, while the Canadian Surface Combatant (CSC) program won’t make that award until the unspecified “early 2020s,” a date that’s repeatedly slipped.

But the Type 26’s entry into the Canadian contest suggests it’s readier than I thought. Putting together an industry team and a proposal package for the Canadian competition is, at the very least, good practice for the American one. And if the Type 26 goes on to get a good reception in Ottawa, that can only help it in Washington. 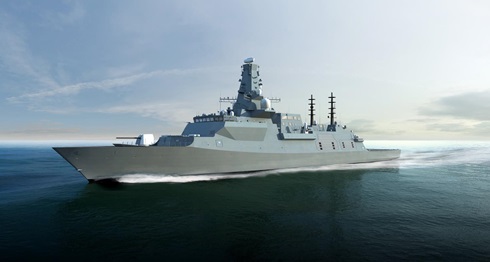 On paper, the Type 26 seems in many ways a good match for the US frigate requirements. Its primary role is hunting submarines, particularly to protect aircraft carriers and friendly ballistic missile subs — all top priorities for the US Navy as well. It will also fire anti-aircraft, missile defense, and anti-ship missiles out of the Mk. 41 Vertical Launch System, which is standard on US and allied warships (although the UK hasn’t actually developed the requisite anti-ship missile yet). 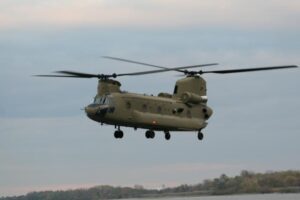 The Type 26 will have wide flight deck, capable of accommodating helicopters as large as the US Army (or RAF) CH-47 Chinook. It will also have a “modular mission bay” to accommodate specialized equipment from small boats to drones to relief supplies. That’s the kind of flexibility the US was hoping for with its troubled Littoral Combat Ship.

Unlike the high-speed, short-range LCS, but in keeping with the US Navy’s requirements for a long-haul frigate, the Type 26 will make a modest 26 knots but have fuel for 7,000 nautical miles. Displacing 7,600 tons (6,900 metric tonnes), with a basic crew of 157 sailors and accommodations for 208, the Type 26 is also a lot larger than LCS, as are all the frigate contenders.

The Type 26’s big problem may be the big price tag. The Royal Navy is initially paying almost US$1.7 billion a frigate (it’s a £3.7 billion, three-ship contract). That’s nearly as much as the US Navy pays for a much larger and more powerful Arleigh Burke-class destroyer. While the Pentagon expects to pay more for a frigate than the approximately $568.1 million it’s currently shelling out for LCS, it probably won’t pay three times as much. 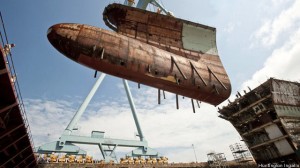 Now, the Americans and Canadians can expect to pay significantly less for the Type 26 than the British. That initial UK contract covers the cost of developing an all-new warship, a huge expense that other navies won’t have to replicate. It also covers the cost of figuring out how to build the new design affordably. Even setting aside development costs, the first few ships of a class always cost more to build than later ones, since industry learns how to streamline construction over time. So the cost of the Type 26 will definitely drop.

But by how much? Lockheed and BAE can offer estimates, but with the first ship still unfinished in the UK, they can’t offer any hard numbers on what subsequent ships will cost. That’s in stark contrast to their competitors, who all have multiple ships built.

The unproven Type 26 definitely has some disadvantages in the competition for the US Navy frigate contract. But if BAE and Lockheed want to enter it, it’s also definitely worth considering.