Carriers Aren’t The Only Big Targets: The Challenges of Mobile Basing 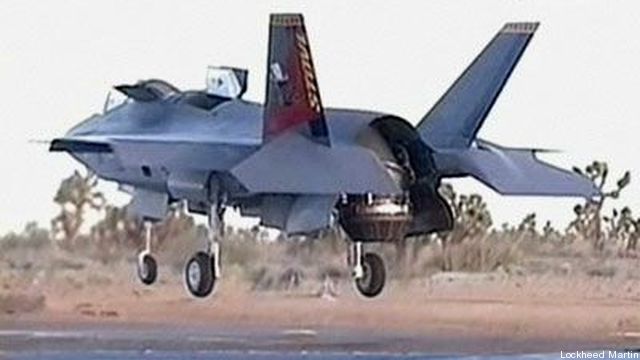 For years, we’ve heard about how vulnerable aircraft carriers are to enemy fire. They’re big. They’re not that fast — compared to a missile. But a big airbase isn’t exactly mobile. While it can be hardened, its location is well known. So, this year the Pentagon requested $361 million for deployable airbase systems as part of the European Reassurance Initiative. And in this week’s National Defense Authorization Act, the Senate Armed Services Committee says it wants the Pentagon to spend $157 million to buy seven deployable airbase systems for the Pacific theater. Why? “U.S. force posture in the Indo-Pacific region remains heavily concentrated in Northeast Asia within range of China’s advanced arsenal of ballistic and cruise missiles, posing a significant risk” to Indo-Pacific Command’s forces. In this op-ed, Robbin Laird, a member of the Breaking Defense Board of Contributors, widens the aperture and looks at the cases of Finland and Australia and discusses why mobile basing is so important and what must be done. Read on! The Editor. 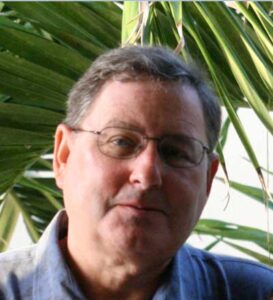 The US and its allies are in the midst of a strategic shift from a primary focus on counter-insurgency and stability operations to operating in a contested environment with high tempo and high-intensity combat systems as a primary tool set.

This is about managing conflict with peer-to-peer competitors. On the one hand, the military capabilities are being reshaped to operate in such an environment, and there is a clear opportunity to leverage new platforms and systems to shape a military structure more aligned with the new strategic environment. On the other hand, the civilian side of the equation needs even more significant change to get into the world of crisis management where hybrid war, multi-domain conflict and modern combat tools are used.

One aspect of the change which I observed and discussed during my visits to Finland, the United Kingdom, Australia and to MCAS Yuma is the importance of being able to do mobile basing. At the Williams Foundation Seminar in Canberra in March 2018, the 11th Air Force Commander, Lt. Gen. Kenneth Wilsbach, highlighted the nature of the challenge requiring the shift to mobile basing.

“From a USAF standpoint, we are organized for efficiency, and in the high intensity conflict that we might find ourselves in, in the Pacific, that efficiency might be actually our Achilles heel, because it requires us to put massive amounts of equipment on a few bases. Those bases, as we most know, are within the weapons engagement zone of potential adversaries,” Wilsbach said.

“So, the United States Air Force, along with the Australian Air Force, has been working on a concept called Agile Combat Employment, which seeks to disperse the force, and make it difficult for the enemy to know where are you at, when are you going to be there, and how long are you are going to be there.

“We’re at the very preliminary stages of being able to do this but the organization is part of the problem for us, because we are very used to, over the last several decades, of being in very large bases, very large organizations, and we stovepipe the various career fields, and one commander is not in charge of the force that you need to disperse. We’re taking a look at this, of how we might reorganize, to be able to employ this concept in the Pacific, and other places.”

Also, at the Williams seminar was the Chief of Staff of the Finnish Air Force. He was there, in part, to highlight the importance of living in a contested region and of being prepared for force mobility. In February, I talked with his predecessor, Lt. Gen. Kim Jäämeri, who is now deputy Chief of Staff for strategy for the Finnish Defence Forces. He highlighted the distributed operations aspect of the Finnish approach.

“It is becoming clear to our partners that you cannot run air operations in a legacy manner under the threat of missile barrages of long range weapons. The legacy approach to operating from air bases just won’t work in these conditions. For many of our partners, this is a revelation; for us it has been a fact of life for a long time, and we have operated with this threat in the forefront of operations for a long time,” Jäämeri said. 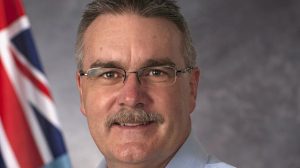 During a visit to Amberley Airbase just before the Williams Foundation seminar in March 2018, I met with the Commander of the RAAF’s Combat Support Group,.

“We are having to reacquaint ourselves with some tasks and challenges which we parked to the side a bit while we were in the Middle East for so long. We did not have to worry so much about mobile basing to counter the principal threats in that theatre,” Robinson said. “The mindset is in transition now.”

He underscored that this clearly is an army and air force challenge. “We are good at supporting maneuver with our tactical transport aircraft and Australia’s Army aviation capability, including the Tiger Reconnaissance Helicopter, but what we need to do is move to the next level of support to maneuver the most lethal part of our air power capability across a range of airfield options.”

Core capabilities such as providing fuel for air systems when operationalized for a mobile airbasing force on Australian territory are clearly different from supporting a fixed airbase. For example, “expeditionary fuel capabilities is something that’s very much on the forefront of my mind. Lean and agile support packages to operate expeditionary airfields are also key, so that we can offer the best possible maneuver options to the aviators without tying down strategic airlift.”

Whether to pursue mobile basing or build greater depth in Australian territorial defense is one of the core choices facing Australia as it continues its force modernization. Either they can emphasize going deeper into the air-maritime domain in the Pacific or significantly augment their mobile defense capabilities leveraging the vast Australian territory. The role of active defenses working with airpower mobility would be a priority in this second case.

My recent visit to the United Kingdom where I saw again HMS Queen Elizabeth reinforced this point. As the UK works through its post-Brexit defense policy, the role of the Nordic countries looms as increasingly significant. The new Queen Elizabeth carriers are clearly very relevant to Northern Tier Defense and Mediterranean operations.

As a senior UK official put it during my visit in May to Portsmouth:

“The carriers will be the most protected air base which we will have. And we can move that base globally to affect the area of interest important to us. For example, with regard to Northern Europe, we could range up and down the coastlines in the area and hold at risk adversary forces. I think we can send a powerful message to any adversary.”

The UK is working closely with the US Marines who have mobile basing in their DNA. The recent Marine training exercise, which they call WTI, emphasized the concept of mobility and strike from mobile bases. The F-35B was at the heart of this, but mobility also requires a focus on support, which is integrated to the point of operation, rather than focused on having a series of Walmarts and maintainers with accounts at a Walmart store. It is about reshaping logistics to enhance operations to the point of attack, and this will be a major challenge to how the US focuses on its support structure for F-35.

In short, the strategic shift to high-end warfighting will highlight core competencies and capabilities such as mobile basing. The transition will not be easy, either for the warriors or the decision-makers in Washington or elsewhere.