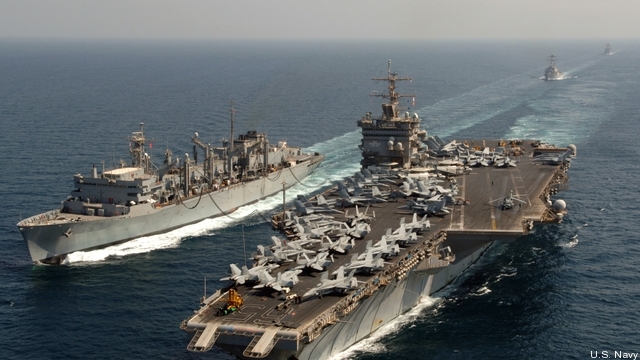 Sen. John McCain recently went after the Jones Act again. In an amendment to bill S.2012,  the “Energy Modernization Act of 2015, McCain argues that the Jones Act is an “antiquated law” that hinders free trade and raises prices for American consumers.

What the senator ignores is the impact of the legislation on Military Sealift Command. The amendment would cripple MSC’s ability to recruit civil mariners and have a direct negative impact  on the combat sea services. It is a classic sounds good in rhetoric but has profoundly negative consequences in practice effort.

Logistics is the oft forgotten dimension of combat power.  For the sea services, the key role of the Military Sealift Command (MSC) can never be overlooked or forgotten. But it’s easy for MSC to be overlooked. they do not have a powerful seat at the table in the Pentagon to gain access to resources, because MSC mariners spend their lives at sea, not Inside the Beltway. And they are not a part of the regular Navy budget.

The Navy has clearly underscored its shift toward a more distributed fleet with distributed lethality to extend the global reach of the carrier strike force. The Navy-Marine Corps team has already seen a shift in how its basic combat force is deployed. 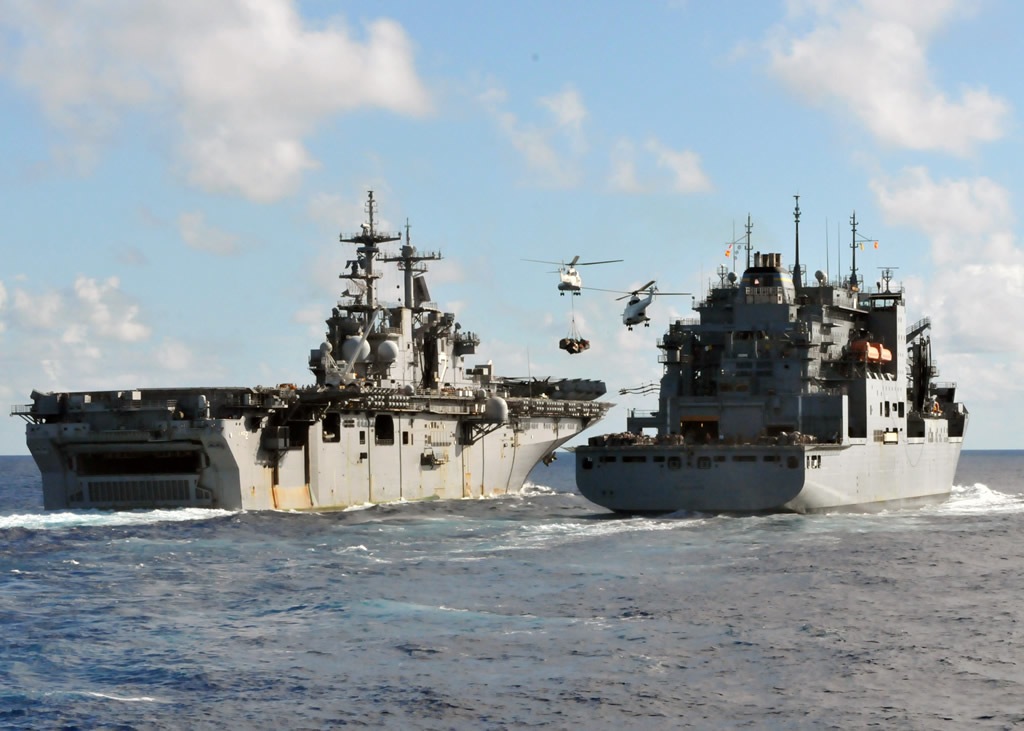 With the shortfall of combat ships in the fleet, the Military Sealift Command is being pressed to do more.  A case in point is the newest supply ship in the MSC fleet, the T-AKE ship.  The 14 T-AKE ships are complete and the final two ships are funded at $825 million.

The ship has been designed to provide flexible, blue water support in any ocean. T-AKE ships have significant cargo space, including ammunition support, with efficient and well thought-out elevators to enable the crew to move cargo to the delivery to the point of support. Coupled with the use of modern logistical and inventory control IT systems the ship’s crew can find the cargo in its location quickly and efficiently.

But the T-AKE fleet has been tasked to do a diversity of missions far beyond simple fleet replenishment.

A fundamental question in today’s budget battle is, can the MSC actually support Navy plans to more widely distribute its fleet? Today’s answer can only be a provisional yes, given the shortage of ships, and the proliferation of new high-demand drivers such as the Littoral Combat Ship. In addition to a declining merchant fleet there is a growing shortage of trained and experienced civil mariners generated by the decline in the US merchant marine.

Military Sealift Command’s expanded role must be met by having a supply of experienced mariners and a robust number of US merchant ships to generate these qualified mariners. With the rapid decline of the US merchant fleet and the declining shipbuilding base in the United States, core military capabilities envisaged for the period ahead may not be realized.

During a recent visit to the Military Sealift Command in Norfolk, Va., we discussed a number of these issues with the head of MSC, Rear Adm. Thomas Shannon. As a former carrier strike group commander, he certainly has brought to the job a deep knowledge of the needs of the customer.

He is concerned that the decline of the US Merchant Marine is highlighting the challenge of recruiting the enough civil mariners to the MSC fleet.

“One thing I wake every morning thinking about is, if the President declares the need for the country to go to war, how will the logistical side of the military meet the challenge?” he said.

“Three decades ago, when I came into the U.S. Navy, we had around 400 ships in the merchant marine. Today that number is down to 77 in the international trade. Just a few months ago, that number was around 80. That is a drop from the beginning of 2015.

“We are getting close to that magic number where we clearly will not have enough U.S. flagged merchant ships to generate the mariners, which MSC will need to operate, notably when we mobilize. And it is not just a question of mariners; it is about the shipbuilding base and ship repair facilities being available in the United States.”

Along with the decline in the pool of US civil mariners, there is the equally troubling fact that we face the block retirement of the current generation. The decline of the merchant marine and the availability of civil mariners is a problem now in terms of peacetime, but clearly the problem of attrition in conflict would create a significant problem for MSC and its ability to support the Navy.

Shannon noted that during Operation Iraqi Freedom there was no real threat to MSC: “For example, on a single day in 2003, 167 ships under the cognizance of Military Sealift Command were moving cargo to support the operation in the Middle East. Because the sea was uncontested, this was relatively a walk in the park. Fast-forward to today’s Pacific, where there are powers capable of contesting us at sea. How then do we provide logistical support necessary for the operation of the sea services operating forward ?”

How then to deal with this shortage and ensure that the sea services get the logistical support they need in a conflict environment?

The Merchant Marine must be strengthened and  its ability to supply civil mariners to the MSC enhanced.  “The Jones Act and the Maritime Security Program are important, but not enough,” Shannon says. “We need things like more cargo preference to ensure that we have adequate U.S. merchant shipping.

“I know some people consider cargo preference corporate welfare. I consider cargo preference an investment in our national security because if you put some cargo on the table, the U.S. flag will see an opportunity and they will acquire or build U.S. flag ships. They will flag them in the United States if there’s some cargo there for them to haul.”

In other words, from the MSC perspective, one could look at cargo preference as a proactive incentive, which supports the logistical side of sea service operations. And the Admiral tied the need for civil mariners as well to the mobilization tasks, which the National Command Authority would generate when conflict becomes serious.

Admiral Shannon added “with such an approach, we can build capacity in the merchant marine and, in turn, expand the base of mariners available to us in time of need. Those mariners are critical to us because when you look at today’s MSC report, we have 61 ships in a reduced operating status.

Forty-six of those are over at the Maritime Administration and 15 of them are with Military Sealift Command. And they’re mostly large roll-on/roll-off vessels and dry cargo vessels; and they’re strategically dispersed around the country with 10 to12 mariners on each ship.

When the president rings the bell, we go to the union halls and we man the ships up to whatever their manning requirement is It’s typically about another 20 persons per vessel.

The capacity of a robust U.S. flag merchant marine and its manpower is the engine which enables us to carry our country