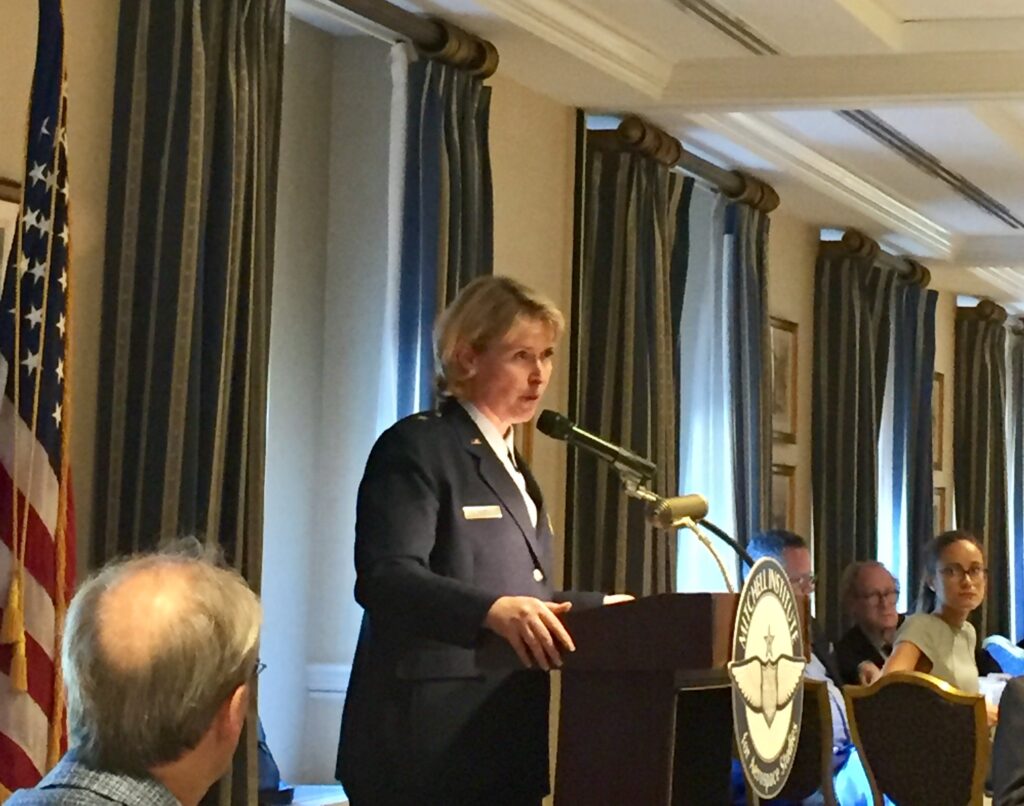 “For every defense contractor in this room, the thing that keeps me up at night is how we manage data on your systems or your sub’s systems,” she warned. “We have had breaches … the Chinese and others stealing things from cleared defense contractors.” While noting that Chinese cyber intrusions are happening across DoD, she stressed that “they very much like space. … And they are definitely stealing us blind on the contractor side.”
The traditional DoD method of trying to build cyber protection into hardware — such as the case with the Air Force’s long-delayed OCX ground control system for the Global Positioning System (GPS) 3 satellite network — is not the way to go, says Burt. “OCX will tell you they’ve been spending a very long time to build cyber, and it’s slowing us down — trying to get to a perfect Nirvana … that is never going to happen because the enemy gets a vote!”
Instead, Burt says the need is for “something that allows us to rapidly software-base ground systems that allow me to quickly update and change and respond to the threats. If we’re changing hardware constantly, I can’t keep up.” Specifically, she said, there is a need for “a common chassis” for data systems as well as the ability to ensure there’s “a human in the loop” to quickly react to breaches and be able to “re-route the mission” to a different system.
Having a back-up system for mission assurance is key, Burt stressed, because the Air Force is going to be faced with a contested cyber environment: “In a fight tonight in China, we’re gonna fight through cyber. It’s gonna happen.”
Burt said the question for AFSPC is how to ensure that space operators understand the threats and tools available to them. For example, defense counterspace operations have been integrated into the annual Space Flag exercise. Air Force cyber squadrons are now included in the gaming mix “to identify and talk through” how to both fend off, and fight through, cyber attacks. “But we’re not where we need to be,” she said, although AFSPC has been “working closely” with AFSPC Commander Gen. John Raymond and the Space and Missile Systems Center (SMC) to figure out a path forward. 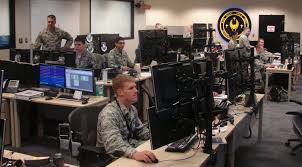 All that said, Burt crowed a bit about AFSPC’s progress in ensuring that basic cyber hygiene is up to speed — saying that “we are the best majcom [major command] in the Air Force at cyber patching.” She said that while other Air Force commands are “in the three digits in the number of patches that are late” or have not been applied, AFSPC is below 50 on a regular basis.
Working closely with contractors and allies also will be key to handling the cyber problem, Burt said. She noted that the next iteration of the Space Flag tactical exercises, to be held the second week of August, will be the first to include coalition partners: Britain, Canada and Australia. The hope is to expand allied participation to others such as Japan and Germany in the future.
AFSPC is also working on how to include commercial operators from the Commercial Integration Cell of the Combined Space Operations Center (CSpOC) in Space Flag, to help them understand what demands might be made on their assets in a conflict.
Commercial capabilities will be of increasing importance to AFSPC as the Air Force seeks to “free up blue suits” from the “daily grind” of satellite operations, Burt said. “How do I maximize commercial integration to let commercial do what they do best and take some of this from me?” The key, she said is integrating their expertise in applying automation and artificial intelligence so Air Force operators are not needed until there is a problem to fix.
In addition, Burt said that the commercial industrial base has been key to reducing the price of launch and satellite components. “Im really excited to see the commercial industry surge because that’s only going to pay benefits to us [as we are] able to ride on their technologies.”
Finally, she stressed that commercial satellites will be tremendously important to space resiliency. “When you talk about resiliency and the fight tonight, I’m bringing out everything and the kitchen sink. I’m gonna MacGyver anything I can bring,” she said, referring to the 1980s-era television show about a US secret agent who solves complex technical problems using ordinary materials such as bleach and his trusty Swiss Army knife.
Relying on commercial networks helps the Air Force hide its capabilities “in plain sight,” she added. “So, those relationships are critical.”
She didn’t mention that it may also make them targets, as presumptive Defense Secretary Mark Esper posited during his Senate confirmation hearing on Tuesday.
air force space command China Combined Space Operations Center commercial satellite industry counterspace cyber attacks defensive counterspace operations GPS III Networks / Cyber space Space Flag