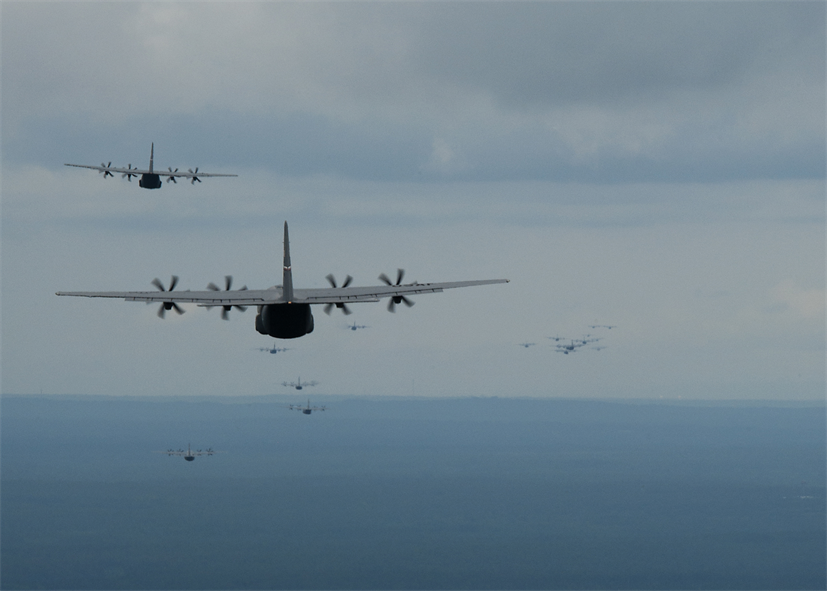 THE PENTAGON: The United States is accusing the China of using high-powered military lasers to target U.S. military aircraft flying in and out of Djibouti, the tiny Horn of Africa nation that houses military bases from both countries.

One recent incident injured two U.S. airmen piloting a C-130 landing at the U.S. base there, said Maj. Sheryll Klinkel, a Pentagon spokesperson. The injuries were minor, she said, but she described the laser as “military grade,” without going into further detail.

Washington has issued a démarche, or a formal complaint, over the laser attacks, which have numbered somewhere between two and ten over the past several weeks. The Federal Aviation Administration issued a Notice to Airmen on May 2 advising pilots about “unauthorized laser activity” and “multiple lazing events involving high power laser” near the Chinese military installation in Djibouti. It was the second warning from the FAA in as many weeks.

Military officials say they’re confident that the Chinese are responsible for the lasers, as they are coming from the direction of the Chinese base nearby, and are too powerful to be commercial, off-the-shelf gear.

“It’s enough that we’re concerned that we demarched them, and asked them to investigate. We’re confident,” that it was the Chinese, Pentagon spokesperson Dana White told reporters on Thursday.

The Chinese People’s Liberation Army base in Djibouti was established on August 1, 2017. It is China’s first overseas base.

“This sends a signal to Africa and globally that China has advanced weapons and is prepared to use them,” Dean Cheng, an expert on the Chinese military at the Heritage Foundation, told me. “The lack of an American response will be exploited as a warning that not even America dares stand up to China–so neither should you.”

Cheng also noted that the Chinese deliberately held a show of force as they inaugurated their base last year, complete with armored vehicles, “making clear that they had a heavy armored fighting vehicle contingent there. It is likely that this is meant to intimidate the other powers using Djibouti facilities.”

China is a signatory to the 1995 Protocol on Blinding Laser Weapons which bans the use of blinding weapons against human beings.