CNO to Hill: Reprogram By January Or Programs ‘Paralyzed’ 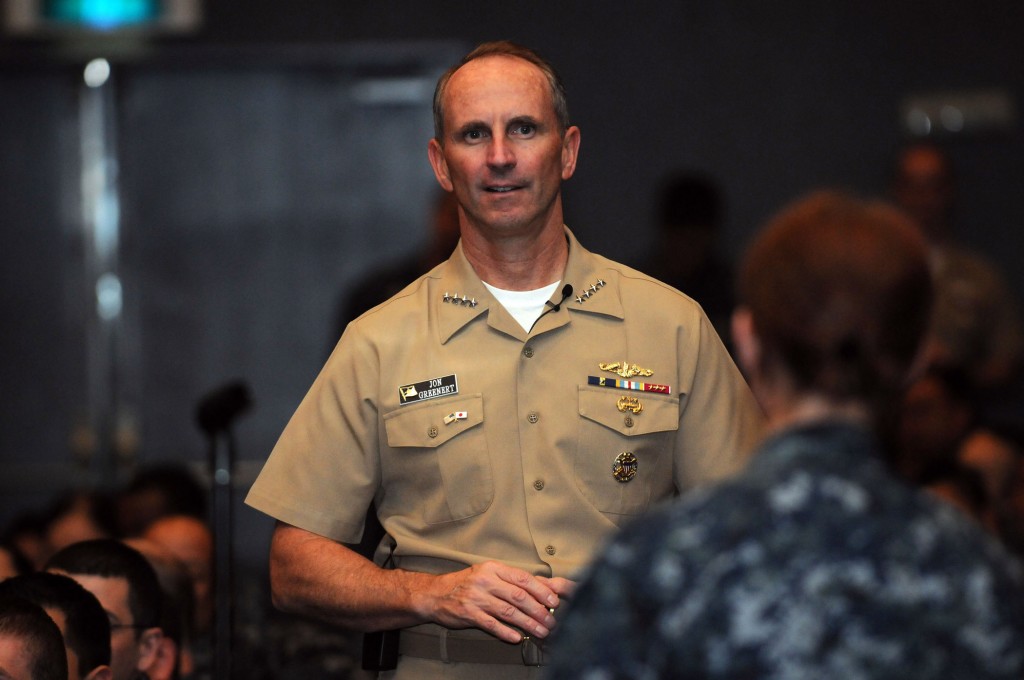 PORTSMOUTH, VA:  Go ahead and cut our budget across the board if you really have to. But please, then give us authority to move money around to save our top priorities — and give it to us soon. That’s the message, in a nutshell, from the Navy’s top officer.

[Editorial note: Just to be clear, Adm. Jonathan Greenert phrased it much more politely than this. But I’m not quite as nice or as respectful of Congress as he is.]

“If we get sequestered” — and there’s no sign a gridlocked Congress can get it together to repeal the automatic spending cuts — “we want to reprogram money and we’d really like to do it by January,” Adm. Jonathan Greenert said yesterday afternoon at the National Defense Industrial Association’s annual Expeditionary Warfare conference.

“We would typically start [the] negotiations for a ship contract in January,” Greenert explained to reporters after his public remarks. If Congress approves the Navy’s reprogramming request by then, it can move a billion dollars around within its investment accounts, sacrifice lower priorities, and enter negotiations on its top priority programs able to assure defense contractors they’ll actually get paid.

“The drop-dead [deadline] varies by contract,” Greenert said. But the longer Congress takes, the worse it gets: “two, three, four months…. [If] by halfway through the year, we have no contract negotiations going on, no indication that we’re going to, then it starts getting hard.”

Many of the Navy’s top-priority programs — attack submarines, guided missile destroyers, the controversial Littoral Combat Ship — are on money-saving multi-year procurement contracts where, in essence, the government gets a discount for buying in bulk. “If you don’t have enough money to go to contract with the vendor, the multi-year procurement contract, the agreement, is broken,” Greenert said. Then the discount goes away and you have to renegotiate for whatever you can get.

Likewise, if Congress doesn’t swiftly approve $1 billion in reprogramming requests for operations and maintenance,  Greenert said, “you have now somewhere on the order of … 35 out of 60 maintenance contracts that can’t be let because that money doesn’t exist. You’ve got inadequate steaming money and training money.”

“Even if you get it all resolved by halfway, three-quarters through the year, there are months that go on where projects sit there kind of fallow,” he said. “They just sit there frozen, waiting to get reconciled: ‘Am I going to get canceled? Do we cancel for this year? Do you get me the money?'”

“And that’s the big companies,” he added, the ones with the cash reserves and credit to keep themselves afloat for months without incoming revenue. “They can probably wait,” he said. “The smaller vendors, they say, ‘hey, I’m out of business.'”

Even a full and timely reprogramming isn’t a “cure,” Greenert emphasized. The Navy will still have to pick and choose which ships don’t get their normal maintenance, which programs live or die. But at least it would get to make a choice. If Congress doesn’t grant that flexibility in time, the automatic mechanism of sequester just slashes everything by 14 percent across the board.