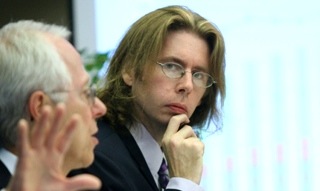 The news for competition in 2013 is not much better. The non-compete rate has crept up again despite a decrease of more than $20 billion in contracts awarded without competition.

So are reformers’ efforts for naught? No. Even in the midst of cutbacks and fears of a declining industrial base, the percentage of contract dollars awarded after competition with multiple offers has begun to rise. While the 2013 rate of 49.3 percent is still below the 50 percent mark achieved in 2009, it is higher than the years in between. This seemingly contradictory result was made possible by a drop in obligations for contracts that were nominally competed but only one company responded. The share of competed contracts that were awarded after receiving only one offer dropped to 7 percent, the lowest level this century. Moreover, contract competitiveness varies by major DoD component. The most notable change was in the Air Force, which had been the least competitive service. The service reduced its non-compete rate by four percentage points; the Navy moved four percentage points in the opposite direction, with both services now awarding nearly three-fifths of their contract dollars without competition.

Does this matter? Maybe. While competition is a touchstone in our larger economy, the defense sector is in many ways not a free market. Jacques Gansler (former head of Pentagon acquisition) recently argued in the New York Times that in times of budget cuts “we need to turn to one of the commercial world’s most basic cost-control weapons — competition.” Yet a report by the consulting firm Technomics found “no definitive evidence that competition has consistently reduced program technical, schedule, or cost risk” for the Defense Department and taxpayers. Both sides agree that competition can work; the controversy regards how challenging it is to build a competition so it garners efficiencies.

With this in mind, my co-authors and I studied two factors that can affect the number of qualified applicants competing.

Research on service contracts for the federal government revealed that multiple-award indefinite delivery vehicles —a means of contracting in which vendors compete twice, first to qualify to be in a limited pool and second to win any given task order — correlate with higher levels of competition. So the regulatory rule to increase their use is probably one of the reasons that competition with three or more offers has became more prevalent.

The second factor is contract size. We found in 2012 that contracts worth $100 million or more each year had much lower competition rates than smaller contracts. Some large projects are irreducible, but in other cases size results from choosing consolidation in hopes of achieving economics of scale. Shrinking contract size may increase demands on the Pentagon acquisition workforce, but they will also allow small and medium vendors to compete.

Another way to increase competition is for policymakers to allow commercial firms or defense vendors with foreign headquarters to participate in the acquisition process. Our research has found that about one third of major weapons platform obligations experienced multiple offer competition, and approximately half of their dollars were exempted from competition because only one source was available between 2009 and 2012. We are presently in a buyer’s market for arms due to European budget cuts and attempts to build local defense industries throughout Asia. The concentration of non-competed contract dollars in non-commercial sectors suggests it would be worth the effort to find ways to work with trusted vendors tied to democratic allied nations.

Despite the rise in the rate of non-competed obligations, reformers have made some progress in improving the quality of competition. Improving competition and making it effective and beneficial to the taxpayer is neither simple nor susceptible to a one-size-fits-all solution so the process of finding efficiencies will be challenging. Smaller contracts, better data and other measures are likely to help expand and deepen effective competition.

Greg Sanders is an expert on federal and defense acquisition at the Center for Strategic and Internatonal Studies.