Congress, Military Are Running Out of Time 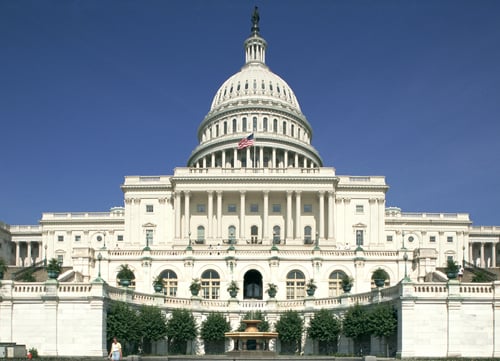 “There is no enemy on the planet than can do more damage to the United States Air Force than us not getting a budget,” Air Force Chief of Staff Gen. David Goldfein told a defense conference on February 23.

“Lack of 2017 appropriations and no supplemental increase in funding…will increase risk to the nation and ultimately result in dead Americans on a future battlefield,” said Army Chief of Staff Gen. Mark Milley on April 5 to the House Armed Services Committee. He went on to say Congress’s, “…failure to pass a budget, in my view both as an American citizen and chief of staff of the United States Army, constitutes professional malpractice.”

These are strong words for the leaders of the Air Force and Army to speak to Congress.  The Navy and Marine leadership have weighed in with similar comments. Considering that Congress has not passed a defense appropriations bill on time for eight years in a row these comments are unarguably accurate. Congress’ inability to execute its fiscal responsibilities in a timely fashion does indeed constitute professional malpractice, but worse, its negligence threatens the ability of America’s armed forces to execute the nation’s security strategy.

For those that do not follow the peculiarities, nomenclature, and procedures of Congress, a Continuing Resolution or “CR” is what Congress does when it fails to pass a budget.  In other words, it is a “cop out”—a substitute for not accomplishing their responsibilities. Not passing a military budget means the Congress is risking America’s ability to secure its interests around the world and ultimately risking protection of the American people. What a CR does is hold this year’s military spending to the same level as last year. It prevents the cancellation of old programs, does not allow developing programs to grow, and prohibits new programs. As a result, CRs actually drive up the cost of the military by intentionally preventing efficiencies planned since the last budget and introducing new inefficiencies. 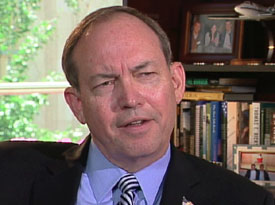 The CR forces an “either or” option. The services will always select funding readiness to be able to fight today in lieu of modernization necessary to succeed in the future simply because failure in the near-term has more certainty of significance than the greater uncertainty of events in the future. For example, as a result of the series of budget decisions since the end of the Cold War in 1991 that focused on the present to the exclusion of the future, the Air Force is now mostly a geriatric force.

Many Air Force bombers and tankers are over 50 years of age; trainers are over 40; and fighters and helicopters are over 30. For comparison purposes, the average age of the U.S. civilian airline fleet is about 10 years. Because of the budget decisions that neglected timely recapitalization, threats are beginning to eclipse the Air Force in terms of both capacity and capability. Programs that will reverse this trend — the F-35 sensor-shooter, B-21 long-range sensor-shooter, T-X advanced trainer, and KC-46 tanker — risk price increases and schedule delays as a result of a CR if Congress does not pass a military budget.

To resolve the conundrum of the budget, a discussion of first principles is essential. Who is to determine what is the appropriate “fair share” of each of the funding demands on the federal budget? How should we determine priorities for federal spending? Plenty of opinions are offered, but America’s leaders would do well to seek guidance from the document describing the reason for our government’s existence in the first place — the Preamble to the Constitution. The Founding Fathers wrote that our nation was constituted to, “provide for the common defense, [and] promote the general welfare…”  It doesn’t say provide for the general welfare and promote the common defense…

The current reason for Congress procrastinating in passing a military budget is its concern about discipline in federal spending. That was the rationale for the Budget Control Act of 2011, that introduced budget caps and the draconian notion of sequestration if those caps are exceeded. Never mind the fact that we could do away with the entire Defense Department and that would not substantially affect the national debt.

Ultimately, the staggering challenge of the federal debt will have to be addressed in a more responsible way than with budget caps and sequestration. Congress will have to deal with entitlement spending.  However, members of Congress when faced with voting for issues affecting their district or state verses the national interest will almost always vote for their local interest. Ergo the Tip O’Neil precept of “all politics is local.”

Providing for the common defense is U.S. government job one. On the ample evidence of the past several years — the deficit debates, the potential solutions offered to resolve the fiscal crisis, the damage done to America’s security by the Budget Control Act — too many people in leadership positions have forgotten that obligation.

Will it take a catastrophic military loss to wake up the Congress to the danger to America’s sons and daughters that their inaction is risking? Unfortunately, it appears we are headed in that direction. For too long, the military has stretched its capabilities to meet immediate mission requirements. However, the impact of doing that on the future capabilities of the services is masked. Combat readiness doesn’t have a constituency — except for the entire nation — when fighting a major theater war, or more, needs to be accomplished.

Without timely action to pass a military budget soon, critical military training will be slashed; military aircraft, ships, combat land vehicles will be grounded amidst a shortfall of spare parts and qualified maintenance personnel; and new military equipment procurement buys will be shifted to the future—a future that promises even fewer resources for defense than available today, exacerbating the growing obsolescence and greater vulnerability of our forces relative to our enemies.

The looming deadline for the Congress to act on the budget is April 28.  It must pass a military budget before that date or the Congress of the United States will again reduce America’s security — without any help from foreign enemies. This is the message the leaders of the Air Force, Army, Navy and Marines have been trying to get across to Congress. For the good of the nation it is one Congress should heed, or admit that it poses a larger threat to our nation’s security than our most capable adversaries.

David Deptula, a retired Air Force lieutenant general with over 3,000 flying hours who planned the Desert Storm air campaign, is now dean of the Air Force Association’s Mitchell Institute for Aerospace Studies. Deptula is a member of the Breaking Defense Board of Contributors.