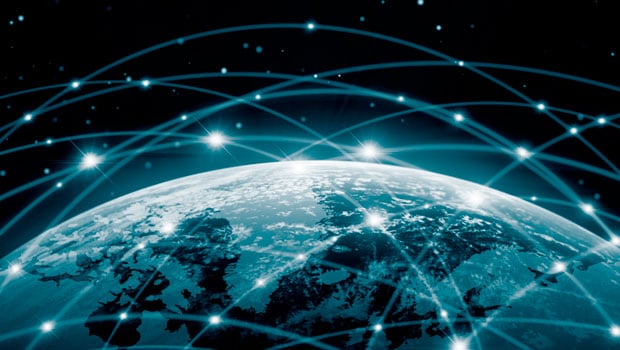 WASHINGTON: Congress should change laws to ensure that the Defense Department fully commits to creating a “large, updatable, and resilient national security constellation” in Low Earth Orbit (LEO). That’s the conclusion of  a new study chaired by two former lawmakers, Republican chairman of the House Intelligence Committee Mike Rogers, and Democratic congressman Glenn Nye, once a member of the House Armed Services Committee.

The study, “Securing the Highest Ground: Integrating Commercial Space Innovation Into National Security Missions,” was the result of a year-long process of discussions with the Air Force, DoD, as well as traditional and new-space industry representatives.

Rogers explained to me that the study’s goal was to provide “top cover” from Congress to reformers in the Pentagon who are pushing for rapid action to ensure resiliency in the face of rapidly improving adversary counterspace capabilities. The hope, he said, was to get some language in this year’s National Defense Authorization Act (NDAA) that would force DoD to inject commercial LEO capabilities into the national security space architecture and take advantage of marketplace processes for speeding Pentagon acquisition. Nye, speaking at the April 1 roll out of the study by the Center for the Study of the Presidency and Congress, noted that even if this year’s NDAA doesn’t include such language,  there is benefit in “keeping the conversation focused on what needs to be done” instead of on bureaucratic infighting over who controls which acquisition authorities.

The study is not just about acquisition reform, although many of the recommendations concentrate on speeding the development to launch cycle — what the study refers to as creating a “more robust launch cadence.” A key tenet of the approach is to facilitate Pentagon efforts, started under the Obama administration, to adopt a “broader range of satellite vehicles, sensors, and launch platforms, as well as the use of fractionated architectures and mega-constellations.” In particular, Rogers and Nye are championing the need to create “back up” capabilities via reliance on commercially available systems in LEO for the current military and intelligence fleet of “exquisite” (i.e., highly sophisticated and very expensive) satellites for a variety of missions including communications, imagery and surveillance. Examples of commercial LEO constellations already inciting DoD interest are Planet’s LEO-based Earth observation network of 120-plus Dove microsatellites, 15 Skysats and five RapidEye satellites, and One Web’s planned 650 satellites to provide global Internet access.

While these concepts have faced pushback from some of the traditional space launch and payload providers, one expert involved said that skepticism waned as it became clear the goal is not to replace all DoD and Intelligence assets with commercial alternatives. The study notes that there are some missions, such as nuclear command and control, that require special treatment; and other missions that require “exquisite” capabilities simply because of the laws of physics, such as large optical satellites. Instead, the authors want the Pentagon to create “redundancy” in the national security space architecture. As far back as 2016, the Pentagon had been revising internal space policy to ensure that new satellite systems include requirements for “mission assurance” and “resiliency” as well as performance. However, officials say that little real progress has been made, in large part due to bureaucratic inertia and internal pushback from the Air Force acquisition community.

The study further recommends that Congress:

The study further calls on the Pentagon to start a new program to guarantee that a large number of national security launches are “pre-approved” per year to support LEO missions. The idea is to develop a “launch-as-a-service program” whereby companies would qualify and compete for launches on an Indefinite Delivery/Indefinite Quantity (ID/IQ) basis. This approach, the study says, would permit the government to benefit from increased competition amongst launch providers. James Kitfield, a regular contributor to Breaking Defense and a senior fellow at CSPC, explained that the Federal Acquisition Regulations actually provide the flexibility to use tools like ID/IQ, but that agencies are “risk averse” in the ways they interpret the rules and set their own restrictions for acquisitions.

One space acquisition expert said the study contains “a lot of good ideas,” but that “getting them done is challenging given the culture, leadership fragmentation, and the difficulties coordinating ground and space (segments).” Given all the past efforts to reform space acquisition, “challenging” may be an understatement.