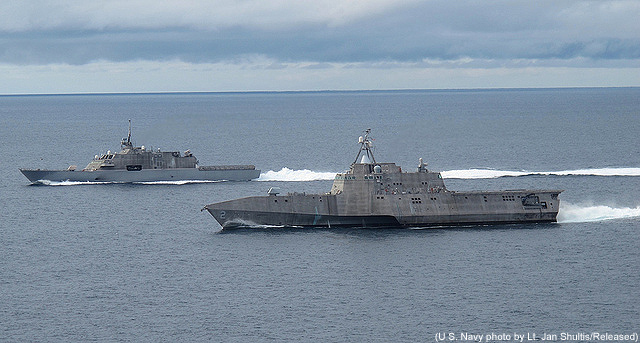 ANNAPOLIS, Md.  The massive hurricane that slammed into Florida’s Gulf Coast killing at at least 27 has also taken a chunk out of the Air Force and Navy’s most advanced weapons.

The Air Force is still evaluating about 17 F-22s left behind at Tyndall Air Base, but the nearby Naval Surface Warfare Center at Panama City also took a hit, stopping testing of the Littoral Combat Ship mission modules and many unmanned systems the Navy is developing.

The Navy’s Capt. Danielle George, program manager for mine warfare, said that the 300 personnel under her command are safe, but that the hurricane may have caused serious damage to important equipment.

“We’re taking a look at satellite photos,” she told NDIA’s Expeditionary Warfare conference here, “and some of the buildings were damaged. Possibly some of the equipment that was in there ranging from government accepted test pieces of equipment to manufacturing capability for one-off parts for legacy systems” could be at risk.

Neither George nor other Navy officials went much further, citing the early days of their assessments. But the Navy has recently placed a priority on testing new mine warfare capabilities — a field both US and NATO officials have admitted have atrophied since the end of the Cold War. 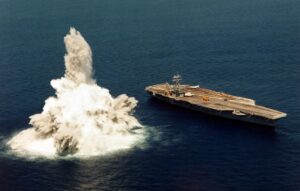 “One of the biggest problems is mines in the water, specifically in the surf zone in very shallow water,” said Marine Brig. Gen. James Adams, director of the Corps’ Capabilities Development Directorate. “That’s a very, very hard problem, that’s a show stopper when you get to that point in our landing.”

Earlier this month, the Naval Sea Systems Command received approval from the Pentagon to begin developing an unmanned surface vehicle that would act as a mine countermeasure system.

The long-range plan is to field a platform that can mix and match several different modular systems for mine hunting, minesweeping and mine destruction, Navy officials said today Tuesday.

Capt. Peter Small, head of the Navy’s unmanned maritime systems, described the program as a way to build “a common craft serving at least those three payloads and then the contracting and programmatic stuff to acquire the payload” for the Littoral Combat Ship.

“Once we get that payload defined we could indeed adapt more payloads to that craft as necessary for that MCM mission.”

Sam Taylor, who works in the office of Unmanned and Small Combatants, said “we need to make these things as plug and play as we can,” and that the mine countermeasure program for the Littoral Combat Ship is “alive and well.”

The Navy is also looking to award initial contracts next year for the second phase of a new unmanned undersea vehicle program, Small said. Teams from both Lockheed Martin and Boeing/Huntington Ingalls will undergo a critical design review for their prototypes of the Orca Extra Large UUV, which Small said should have a range of “thousands of miles” in order to allow manned ships and aircraft to keep a standoff distance from potential threats.