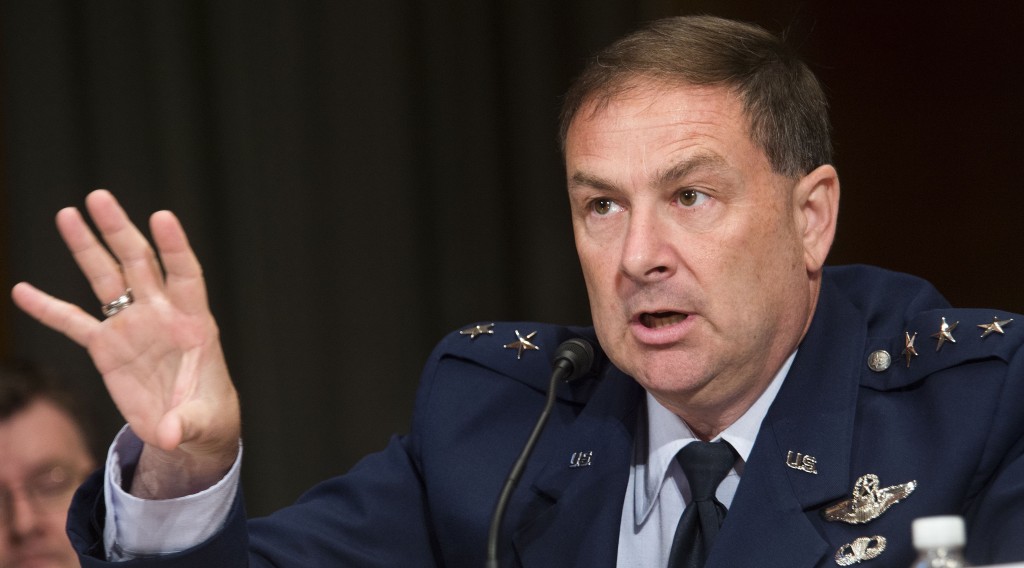 PENTAGON: If you want to know how impassioned the head of the largest conventional weapons program in the world can get, then you should have been in the conference room here with reporters today.

Lt. Gen. Chris Bogdan, who has wrestled the F-35 program back from the brink when it was a target of fury and ridicule, told reporters in the room we had a responsibility to deliver the facts to the American public and to narrow what he called the enormous gap between the reality of the program and the views of its critics.

Why was he so compelled to make his case on the record in a room full of reporters? It’s pretty simple really. The F-35 program is often vilified for its official price tag of more than $1 trillion. It’s very behind schedule given the lousy management of Lockheed Martin and insufficient oversight by the Pentagon — but that’s the old story from five years ago.

Today, we learned that that price tag has gone up, but not because of any problems with the program. It’s all due to the fact that the three services — Air Force, Navy and Marines — buying the three versions of the plane have decided to stretch out the service life of their jets by an additional six years.

The Air Force, Bogdan said, extended the life of each F-35A jet by two years. Those six years will cost more because they will add 1.6 million hours and six years of operations. (He didn’t have the Department of Navy numbers with him). What does that mean? The old Selected Acquisition Report (SAR) estimate for the 55 years of expected F-35 service to 2064 was $1016.5 million. The now 60-year estimate out to 2070 is $1123.8 million.

And that number will probably be used, no matter how dishonestly or inappropriately or guilessly,  by critics to argue the program is just too damn big.

That, as Bogdan argued today, would obscure the very real and important progress that the general has helped drive.

The real news here is that the estimate for procuring F-35 aircraft over the life of the program is down by $7.5 billion in fiscal 2012 dollars. And “the cost of an F-35A dropped $1.8 million per jet and the F-35B and F-35C by about $1 million per jet,” the F-35 Joint Program Office noted in its press release.

“We had real decreases in real costs this year,” Bogdan said at the end of the press briefing. “For a program that has a tragic past, that is not a bad year.”

He’s right, but being right isn’t always enough in this town.