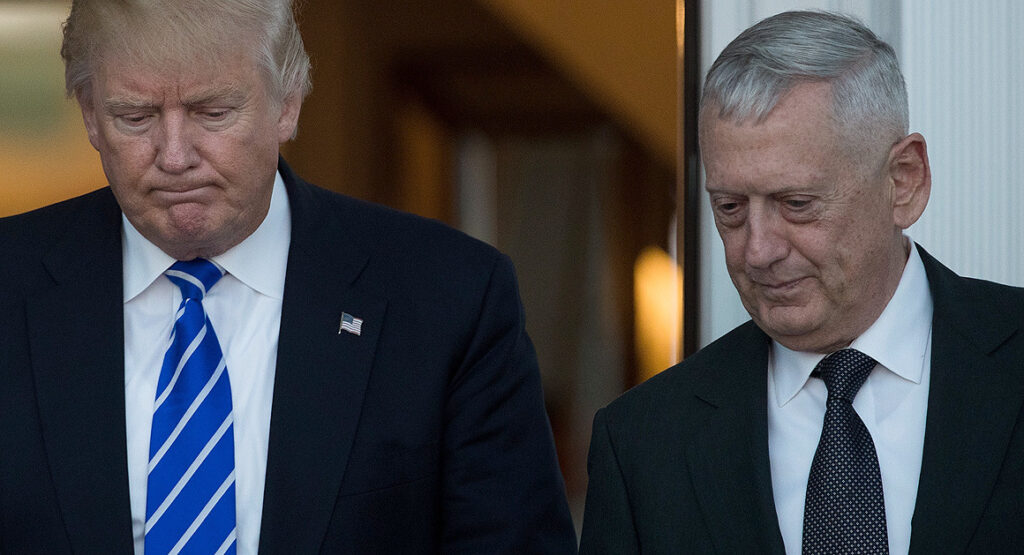 After more than 100 days in office, Mattis remains the only Trump appointee in place at the Pentagon, left without the usual support team of deputy, under, and assistant secretaries. It’s a lack that House Armed Services chairman Mac Thornberry has repeatedly and publicly lamented. 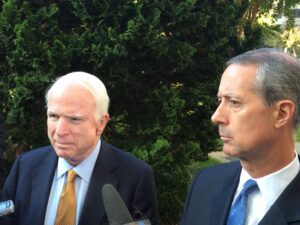 The problem isn’t just a slow rate of nominations: An extraordinary three nominees for service secretaries have withdrawn their names from consideration. Two billionaires — Bilden for Navy secretary and Vincent Viola for Army secretary  — withdrew after being formally nominated, citing their unwillingness to divest themselves of assets to avoid possible legal or ethical entanglements. Longtime Tennessee politician Mark Green withdrew from consideration after Sen. John McCain — chairman of the Senate Armed Services Committee, which must approve such nominations — said Green’s views on gay and transgender people and on Islam were “very concerning.” Democrats and various advocacy groups had raised sharp objections to Green’s remarks, which also included denunciations of publicly funded healthcare and the theory of evolution. (On the upside for Trump, Air Force Secretary Heather Wilson, a former Congresswoman, received Senate approval April 8). 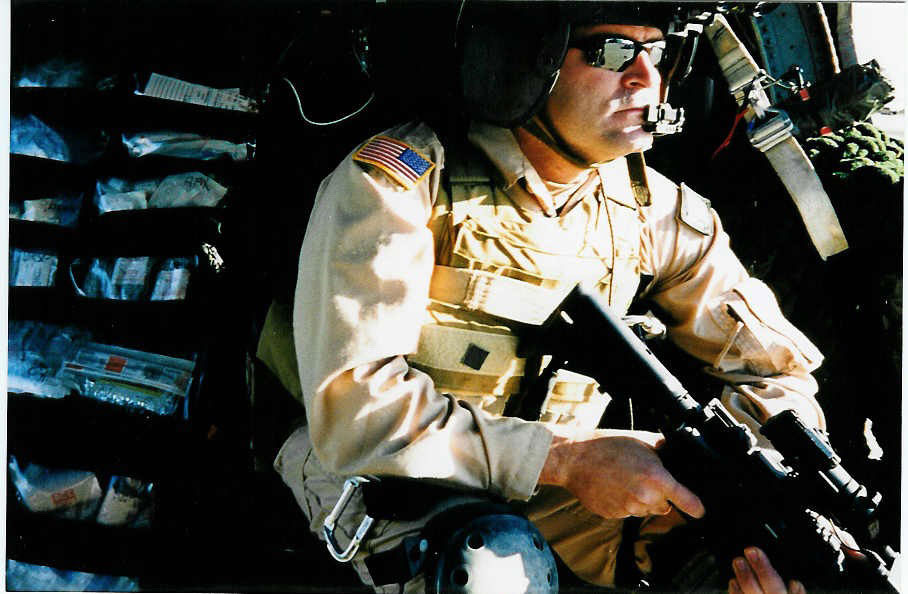 The theory that Mattis himself is obstructing progress doesn’t explain the withdrawals of nominees for other departments, such as Todd Rickets for Commerce and Andrew Puzder for Labor. But it offers an interesting alternative to the conventional wisdom on Bilden, Green, and Viola.

“I know very well the spin that the Mattis people are giving, so the opportunity to correct it on background is one I can’t resist,” said the source.

The source spoke to us after the Washington Examiner quoted “two Pentagon officials who spoke on condition of anonymity” effectively blaming the White House for Green’s withdrawal. The anonymous officials acknowledged Mattis had picked Green, based on his Army service, but it was the White House that had handled the vetting. The Examiner‘s headline declared that Mattis had been “blindsided” by the outrage over Green’s views on social issues.

“One of the problems with Green was the desire to get things done,” our source said. “I am pretty confident that the White House was aware of things that he had said, but because Mattis wanted him (for Army Secretary), he was put up… taking a calculated risk.” The sentiment in the Trump camp, the source said, was “wow, we finally found someone we all agree on.”

“Traditionally…the White House will submit names and the secretary will chose from the list of names. We got to the point where he was basically rejecting everyone,” the source said. “Frankly, he has shown no interest in the traditional give and take between the White House and the Pentagon. He’s just shown no interest…. He was given numerous choices for numerous different positions, and things haven’t been filled.” 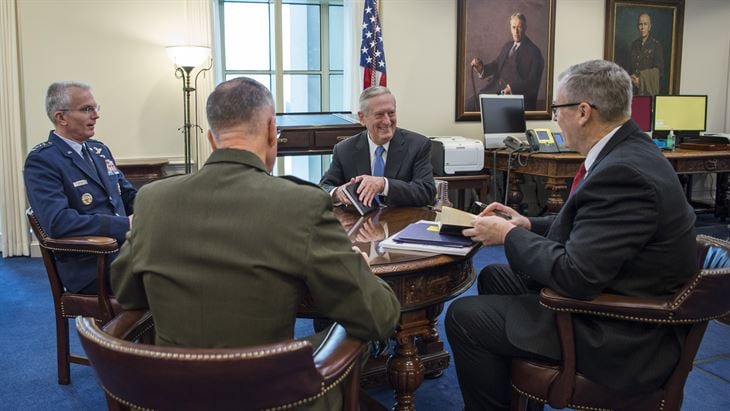 Defense Secretary James Mattis at his first meeting at the Pentagon. With him are three Obama-era appointees: VCJCS Gen. Selva, CJCS Dunford (back to camera), and Deputy Secretary Work.

“Mattis is the Reason”

“Mattis is the reason we don’t have Randy Forbes” as Navy Secretary, the source said. “Mattis supported Bilden. Mike Flynn supported Bilden.” Flynn is the retired Army three-star who resigned as National Security Advisor after failing to adequately disclose his contacts with Russia and lying to Vice President Pence about them.

“Mattis was the reason we got Mark Green (for Army Secretary),” the source continued. “I don’t know how we got Viola.” Viola was Trump’s previous SecArmy candidate who, like Bilden and Deputy Commerce Secretary candidate Todd Ricketts, withdrew because he found the extensive, expensive divestments required by ethics law too daunting.

“It’s not like it’s hidden what the disclosure and divestment rules are,” the source sighed. “There’s a government website where you can read (them). They shouldn’t be surprised what it’s required of them to divest.” 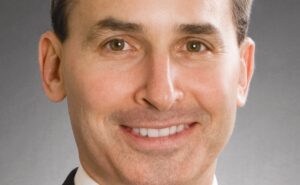 So why has Trump repeatedly nominated men with huge fortunes but no Washington experience? “It’s definitely more complicated than ‘Donald Trump loves outsider billionaires,'” the source said. “Way more complicated than that,” because at least two of these names came from Mattis, not the Trump camp at all. White House’s candidates that Mattis shot down, by contrast, included not only Forbes but former Senator Jim Talent, the source said: “It’s hard to argue…that these are not high-caliber people.”

“My sense is that Mattis just doesn’t want people who he perceives as being political — which is ridiculous because we’re talking about political appointees,” the source seethed. “My theory (is Mattis thinks that) if you supported Donald Trump, you probably are not a high-caliber person.”

Mattis does have two wars to run, three nuclear powers to deter, and none of the usual raft of Senate-confirmed aides to ensure the career civil service and military are actually doing what the administration wants. What’s more, at this point, even the best vetted, best qualified, most inoffensively apolitical appointees would struggle to get through the Senate before the 4th of July and August recesses start cutting into working days.

“Someone has to give. The White House has to say they’re going to allow Jim Mattis to pick Democrats or people who are anti-Trump… or Jim Mattis has to be more flexible,” the source said. “You know which one I would prefer, but I don’t know if either is possible.”