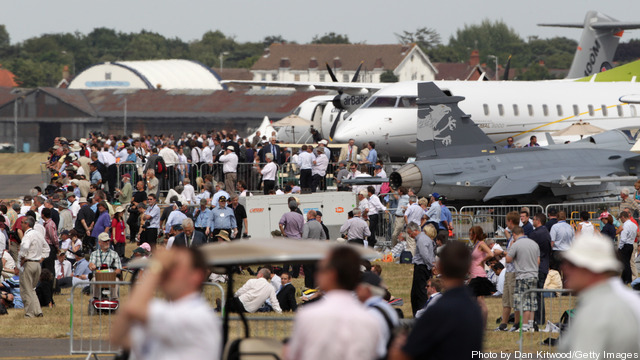 WASHINGTON: The Pentagon is looking to get a tighter grip on how it pays large defense contractors, and has drawn up plans to cut up front costs while rewarding companies that hit their milestones on time.

The defense industry, however, isn’t happy about it.

Every major defense industry trade association voiced opposition to the proposed changes during a Sept. 14 public meeting, but there has yet to be a reaction from Pentagon leadership, which is preparing for more meetings with the defense industry next month.

The new rules contain several significant changes to how the building does business, which would put the onus on defense contractors to spend their own money in the early days of a program, while seeing government funding trickle in at a slower pace.

Overall, the payment rate for contractors would be lowered from 80 percent to 50 percent, with any other decreases or increases to be determined by the DoD on a performance-based scale. The rules would apply only to large contractors, while small businesses would be guided by different rules and incentives.

There are rewards, however. If a company hit milestones on time and avoids slip-ups, it would win 10 percent increases in funding.

In its August 24 notice of the proposed changes, the Pentagon said the changes are necessary because it had neglected to account for years of low interest rates that makes it easier for contractors to spend their own money on projects.

The result is that the government “has been providing financing in excess of that warranted based on the historically low interest rates in effect since 2008,” the document said. The revamped policy would therefore result in savings of “hundreds of millions of dollars to the taxpayers by eliminating an unintended consequence of the past practice associated with providing contract financing in excess of what was necessary.”

John Luddy, the Aerospace Industry Association’s VP for National Security Policy told me that while his group “supports the use of performance-based payments,” the new rules “not only cuts against many of the goals outlined in the National Defense Strategy, it doesn’t make economic or business sense for industry or our customer.”

One of the primary concerns for contractors is that by reducing funding early on in the contract, the companies would have less money to spend on other research and development activities that Defense Secretary James Mattis and his team have explicitly called for as a way to stay ahead of Chinese and to a lesser extent, Russian advances in cutting-edge technologies.

“If this rule goes into effect,” Luddy said, “the impacts will be significant and detrimental for the companies in our industry, including the small and medium businesses in our supply chain, who are the lifeblood of the military industrial base and are more vulnerable to unpredictable cash flows.”

In a presentation delivered at the public hearing, Wesley Hallman, the NDIA’s senior VP of policy said that “contractors that accept high risk and challenging performance requirements are unfairly punished.”

The timing and schedule for the proposed changes appear to be “fast-tracked,” Roman Schweizer of Cowen and Company write in a note to investors on Friday.

The public comment period for the defense industry ends on Oct. 23, after another public meeting on Oct. 10. In order to get the rules in place, the Pentagon would have to then evaluate the comments and consider making changes, while at the same time, “industry would be required to submit its justification for 2019 rates by December 1, giving companies just a month to pull together the required inputs it needs to justify its rate request.”

For a government bureaucracy, and an entrenched contracting culture that moves slowly and deliberately, such sweeping changes in such a short time frame might be a difficult ask. But for the moment, the Pentagon looks to be moving ahead.