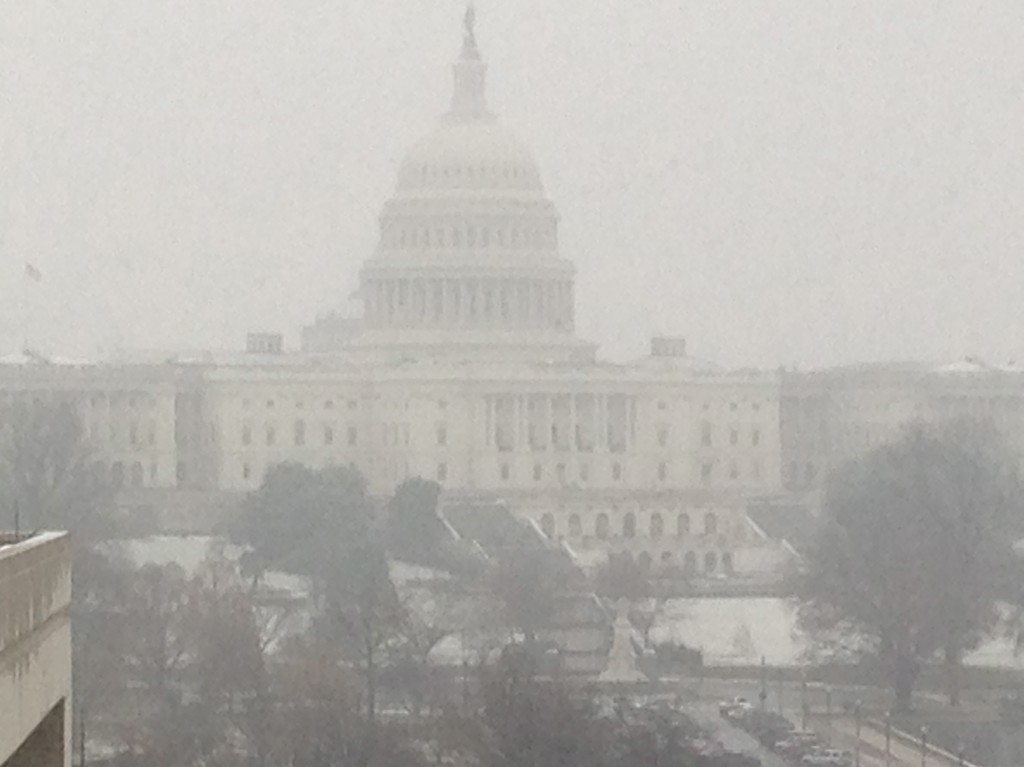 The US Capitol in fog

WASHINGTON: Despite a flashy Army helicopter demonstration and a triumphant speech by President Trump on Monday to mark his signing of the 2019 National Defense Authorization Act, the fight on Capitol Hill over defense spending is hardly over.

The Senate is set to begin floor debate over the appropriations bill as early as today, packaging it with the labor, health and human services, and education departments. Both the House and Senate also still need to put together a conference committee to negotiate a final bill before both chambers vote on final package.

But the White House has something to say about that. On Wednesday, the Trump administration released a Statement of Administration Policy saying it “strongly objects” to the appropriations bill’s funding for a second Littoral Combat Ship for the Navy. “One LCS in FY 2019, when combined with the three funded in FY 2018, would keep both shipyards supplied with enough work to remain viable for the frigate competition. It is imperative that, based on lessons learned from the LCS program, a more capable and survivable ship is developed to meet the Navy’s needs, consistent with [national defense strategy] priorities,” the letter said. 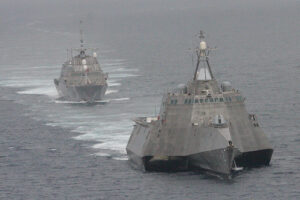 In this era of debate over the proposed Space Force — with no plan yet to pay for or staff the sixth military service yet made public — the White House also “strongly objects” to the NDAA’s elimination of $209 million in launch funding for the Space Test Program-4 mission. The satellite is scheduled to be available for launch in early 2021, “which requires the procurement of its launch vehicle in FY 2019,” the White House argued. “Failure to do so would lead to significantly increased program costs for satellite storage and program support, and puts at risk substantial private investment and future public-private partnerships.”

Overall, the list of objections to the NDAA is pretty small, and whichever way the debate falls on these two programs won’t move the needle for either program in any significant way,

But these times of relative comity in the defense budgeting process likely won’t last long. Congress gave the federal government a two-year reprieve from the spending caps that have been in place since 2011, but those caps are slated to come roaring back in 2020, potentially dropping the Pentagon’s budget by a full $71 billion from 2019 levels. The Congressional Budget Office, in a new analysis published Wednesday,  reported that the defense cap will decrease from $647 billion in 2019 to $576 billion in 2020.

Congress might still act to again move the caps, but with a full slate of work ahead of it, and just three months before the mid-term elections, it’s unclear when that might happen, if at all.

After signing the NDAA on Monday, Trump issued a 15-page Signing Statement that rejected a slew of Russia-related passages of the NDAA, along with objecting to language in the bill that limits U.S. support to the Saudi campaign in Yemen, and asserts some congressional control over withdrawing U.S. forces from South Korea.

Of course, most scholars and lawyers say Signing Statements have no force of law and are simply an indication of what the administration would like to happen. The law is still the law and the president, of course, took a solemn oath to uphold the Constitution which gives only to Congress the ability to pass laws. Once the president signs one, it’s the law.