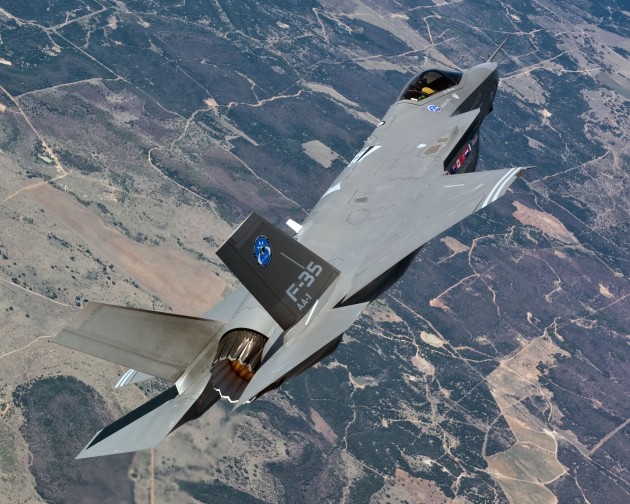 The Autonomic Logistics Information System is not really capable of sharing data from the airplane yet — as is the goal. Also, the hardware required to download and service the plane must be made smaller and the software be made both more useful and more secure, an authoritative source here told us. The Marines are most closely watching the size of the hardware since they have the earliest Initial Operating Capability in July 2015 and require the ability to service the plane in the most remote locations.

A key goal of the ALIS system is to allow F-35s to share data with the ship or base they are flying back to so crews can have parts and tools ready to fix the plane as quickly and as close to combat as possible. That requires a wireless modem, something that drone programs are keenly aware can be highly vulnerable to hacking.

I asked Lt. Gen. Robert Schmidle about this in a Friday interview and his cautious answer made clear just how closely the Marines are watching this.

“I think conceptually it makes a lot of sense, but we have to be very mindful of someone wanting to do nefarious things inside the networks,” Schmidle said. He and our other authoritative source said shrinking the hardware for ALIS shouldn’t be too hard. But ensuring the security of the network and providing robust and useful software will be a serious challenge.

On the other hand, wing drop is no longer a performance issue for the F-35, contrary to claims in some quarters, our authoritative source at the Pentagon tells us. The issue is, as almost always, much more complex than that simple statement indicates, but it’s been 18 months since the issue surfaced and software fixes leave the Joint Strike Fighter in fine shape, this source says.

What happened? Basically, new algorithmns were written, tested in the trans-sonic envelope where most of the problems occurred and the services found a solution that didn’t completely eliminate all drop at all times but left the plane performing to the highest standards achievable. In short, they found a problem and fixed it to a standard all three services could live with.