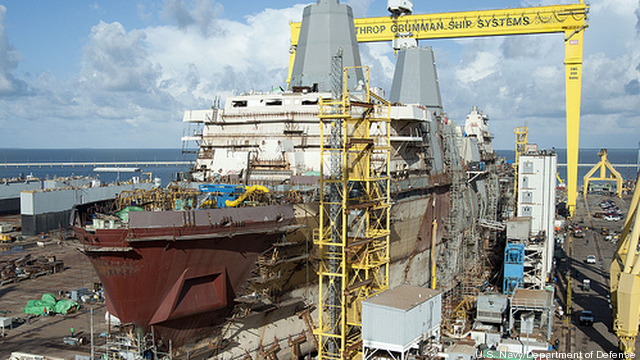 WASHINGTON: An obscure change in an arcane statute could open a major Navy contract to lower priced components from South Korea. But America’s last domestic manufacturer of ship-sized diesel engines, Fairbanks Morse, is fighting back. While a Navy spokesman told me the service has a plan to protect the industrial base — a major worry for the Chief of Naval Operations, Adm. Jonathan Greenert — the company told me it was not enough.

“This industry is at risk, no question,” said Patrick Bussie, vice-president for business development at the Beloit, Wisc.-based Fairbanks Morse, which has hired the veteran shipbuilding flacks at Powell Tate to make its case. “As it stands,” Bussie told me this afternoon, “70 percent of our new build is government. So that’s a big hit.” 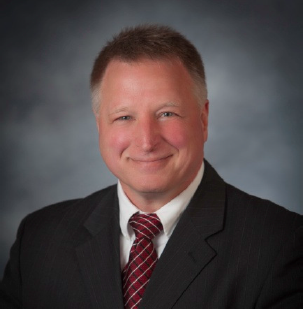 The legislation at issue is the decades-old National Defense Sealift Fund (NDSF), an account outside the regular Pentagon budget that pays for unarmed naval auxiliaries such as transports, supply ships, and oilers. Precisely because the NDSF operates outside the normal budget and procurement rules, it has always had its critics on Capitol Hill and in the Pentagon. Now that the Pentagon is striving to get its books straight enough to audit, the Navy has decided it needs to get rid of this particular complication, so its 2015 budget request would zero out the fund. Instead, the proposed T-AO(X) oiler and future support ships would be funded out of the regular Shipbuilding & Conversion, Navy (SCN) account that pays for warships.

But the SCN language is much more permissive of foreign purchases than the NDSF. To quote the version in the 2014 appropriations bill, the Shipbuilding & Conversion Navy language only prohibits foreign manufacture “of major components” of a vessel. The National Defense Sealift Fund, by contrast, was specifically written to protect the industrial base and includes a detailed laundry list of what must be built in the US: “auxiliary equipment, including  pumps, for all shipboard services; propulsion system components  (engines, reduction gears, and propellers); shipboard cranes; and  spreaders for shipboard cranes.” Fairbanks Morse naturally cares most about the “propulsion system” piece, but there are plenty of other suppliers with a stake as well.

Navy spokesman Lt. Robert Myers told me the service is acutely conscious of the need to protect the industrial base and has proposed a legislative fix to Congress. (We’re still checking with our Hill sources as to what they’ve seen). “Recognizing the importance of a healthy industrial base,” Myers said in a statement, “the Navy submitted a legislative proposal to ensure the ‘Buy American’ restrictions of 10 USC 2218(c)(1)(C) and (E) would continue to apply to expenditures made using appropriated funds other than through the NDSF.”

Clear as crystal? A bit of Googling reveals that Title 10 of the US Code, Section 2218, is the statute defining the National Defense Sealift Fund — but paragraphs 1(C) and (E) are even less restrictive of foreign purchases than the SCN language: They only mandate “vessels built in United States shipyards” — which leaves the question of where those vessels’ components are built wide open. If this is the standard the Navy wants to apply, then no wonder component manufacturers are worried.

“I’m not familiar with any legislative proposal from the Navy, [but] what we believe the Navy is proposing does not get us there,” said Paul Roden, a retired Coast Guard captain who now runs Fairbanks Morse’s Washington operations. “They pick and choose various parts of the NDSF language, [but] none of those address the domestic manufacturer requirements.” 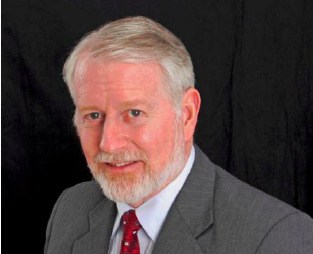 “What they’ve proposed really is no help to numerous providers, not just us,” Roden told me. “My assessment is it unfortunately doesn’t get us there in terms of protecting the US industrial base.”

One fix would be if Congress simply took the appropriations language governing the National Defense Sealift Fund — that laundry list of “major components” that must be made in the USA — and added it to the language governing Shipbuilding & Conversion, Navy. But SCN covers a vast range of vessels, from light craft like the Littoral Combat Ship and the Joint High-Speed Vessel to nuclear submarines and aircraft carriers. Forbidding foreign components on all those types of ship would place extensive new restrictions on the Navy and its major shipyards. More modestly, the language could be written as a kind of grandfather clause, applying only to support ships that would once have been bought through the NDSF.

So far this year, in report language which does not have the force of law, the House Armed Services Committee has asked the Navy to study the ramifications of getting rid of the NDSF, while the Senate Appropriations Committee has said it sees “no reason” to eliminate it. But neither House nor Senate, neither authorizers nor appropriators, seems to have tackled the “Buy American” issues so far.

Then again, why should the government go out of its way to protect Fairbanks Morse, anyway? Obviously Congress likes to protect voters’ jobs (and donors’ profits), but is propping up a sagging industrial base really worth the Navy’s money?

In the long term, Bussie and Roden argued, Fairbanks Morse is a better deal. They’d propose building the T-AO(X) with the same schoolbus-sized diesel engine they’ve already provided for the Mobile Landing Platform and T-AKE supply ships, which would reduce maintenance costs. They also argue their firm, with its US facilities and US citizen employees, can provide far better and more responsive service for US Navy ships than a foreign manufacturer. 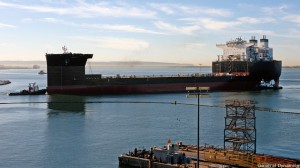 In the long run, such operations and maintenance costs far exceed the up-front cost to buy a ship, airplane, or ground vehicle. But procurement programs live or die by that up-front cost, so Fairbanks Morse fears the surviving US shipyards will feel forced to go for the lowest bidder.

So what? I asked. South Korea has been a reliable ally for six decades; Germany, another major diesel manufacturer, for just as long. Being dependent on them for diesel engines doesn’t seem so bad.

“The British started outsourcing things overseas and they no longer have a capability of organic manufacturing for their warships. I don’t think that’s a position the United States wants to be in,” Roden replied. “We’ve depended on Russia for our space program and that’s not looking like it was such a good decision right now. We gave that capability away, [and] once you lose that capability, it’s very difficult to get it back.”