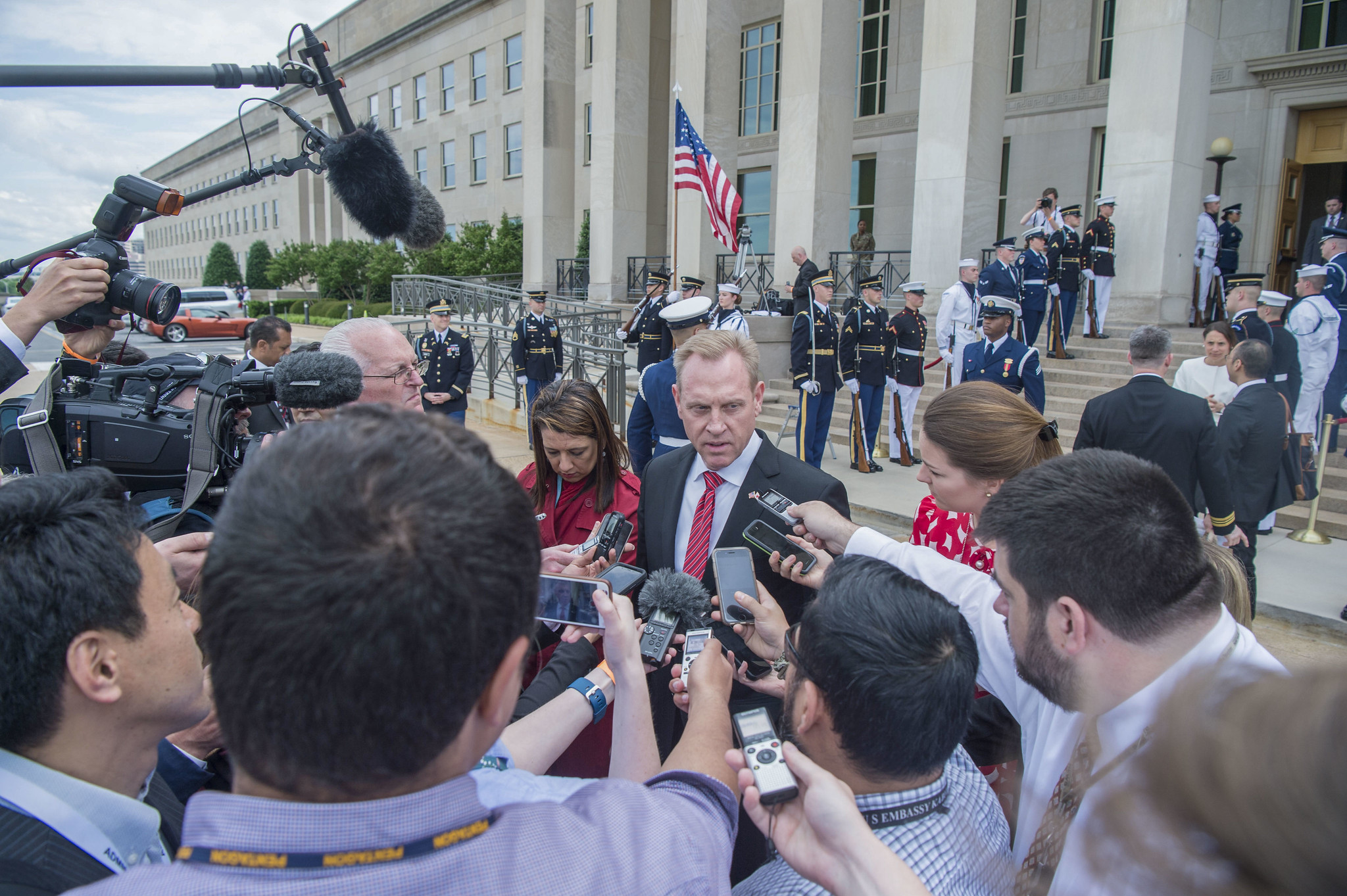 Acting Secretary of Defense Patrick M. Shanahan at the Pentagon.

Shanahan’s current acting Chief of Staff Eric Chewning will keep his job, and will not return to his previous role running the Pentagon’s industrial policy office, a defense official confirmed, and David Norquist, plucked from his position as DoD Comptroller in January, is slated be nominated to become the next Deputy Defense Secretary.

Norquist will require Senate approval to get the job, but he’s already got the approval of Sen. James Inhofe, the head of the Senate Armed Services Committee. “I’m very strongly in support of Norquist,” keeping the deputy job, Inhofe told Roll Call earlier this week. “I’ve had a chance to talk to the president about Norquist,” he added.

Norquist has years of Pentagon and defense experience, including time at Army Headquarters, as a staffer on the House Appropriations Committee working on defense issues, and several years as Deputy Undersecretary of Defense in the office of the Comptroller. Inhofe described him as “one of the most knowledgeable people around.”

During his time as comptroller in 2017 and 2018, Norquist led the department through its first ever audit which the department — predictably — failed. He has also helped shape the increase in defense budgets over the past three years, and worked to shift funds to modernization programs to meet the challenges of modernizing Chinese and Russian militaries. 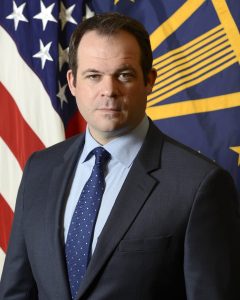 Chewning, however, has little previous Pentagon experience, having only led the industrial policy office since October 2017. But the office, in what once may have been considered something of a backwater, has assumed a more prominent role under the Trump administration’s push to revitalize the domestic manufacturing sector and along with it, defense manufacturing.

In his role, Chewning was one of the architects of last year’s massive study that picked apart the health of the defense industrial base. The study’s conclusions fell right in the wheelhouse of Trump trade advisor Peter Navarro, who has led the fight to call attention to vulnerabilities in the industrial supply chain that might be exploited by China.

A former Army intelligence officer who left an investment banking job at Morgan Stanley following the 9/11 terrorist attacks to enlist, Chewning later deployed to Iraq, and eventually became a partner at McKinsey & Co. advising clients in the aerospace and defense industry.

“In my mind Eric is probably the smartest person over there,” a former defense official told me. “While he doesn’t have a lot of government experience, those McKinsey guys can usually figure out a process pretty quickly. Being chief of staff means being master of the processes and keeping the trains running on time. I would expect he would do just fine as long as he gets along with Shanahan.”

When it comes to Norquist, who will be taking over a job normally focused on pushing modernization efforts forward while overseeing budget priorities, the former official noted his decades on the Hill and at the Pentagon would help him. But if he keeps the deputy job, it might be because no one else really wants the job.

“On the one hand I am surprised he would be kept on” as deputy, the former official said. “But on the other hand, who are they going to get? This is an administration where no one has your back and shoots its children. Why would anyone want to go in, particularly at this date?”

The two-plus years of the Trump Pentagon have seen a steady stream of departures, from former Secretary Jim Mattis, who resigned over deep differences with the president over Syrian policy, to a number of top civilian officials who left within months of coming aboard.

With Norquist not heading back to his old job, that leaves the Pentagon’s Chief Management Officer position vacant at a time where Congress is marking up the 2020 defense budget, and much of the heavy lifting for the 2021 budget is in full swing. There are no pending nominees for other civilian positions, including both the undersecretary and principal deputy for personnel and readiness, assistant secretary for international security affairs, and inspector general. 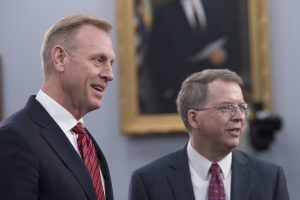 Shanahan and Norquist before a budget hearing with the House Appropriations Subcommittee on Defense, May, 2019.

Late last month, it was reported that Robert Daigle, the head of DoD’s influential Cost Assessment and Program Evaluation (CAPE) office, which advises the defense secretary on long-term implications of spending decisions, would be stepping down in mid-May.

On Wednesday, the Air Force announced that Air Force Undersecretary Matthew Donovan will take over as acting secretary June 1 when current Secretary Heather Wilson resigns. Wilson, who had clashed with Shanahan over creation of the Space Force, will become president of the University of Texas at El Paso. No one is rumored to be nominated to replace Wilson.

In a statement, Shanahan said Wilson “defined the Air Force the nation needs and made incredible progress in implementing the strategy to get us there. It is fitting that a key member of her leadership team will assume her role to keep the momentum going. Matt will do a fantastic job.”