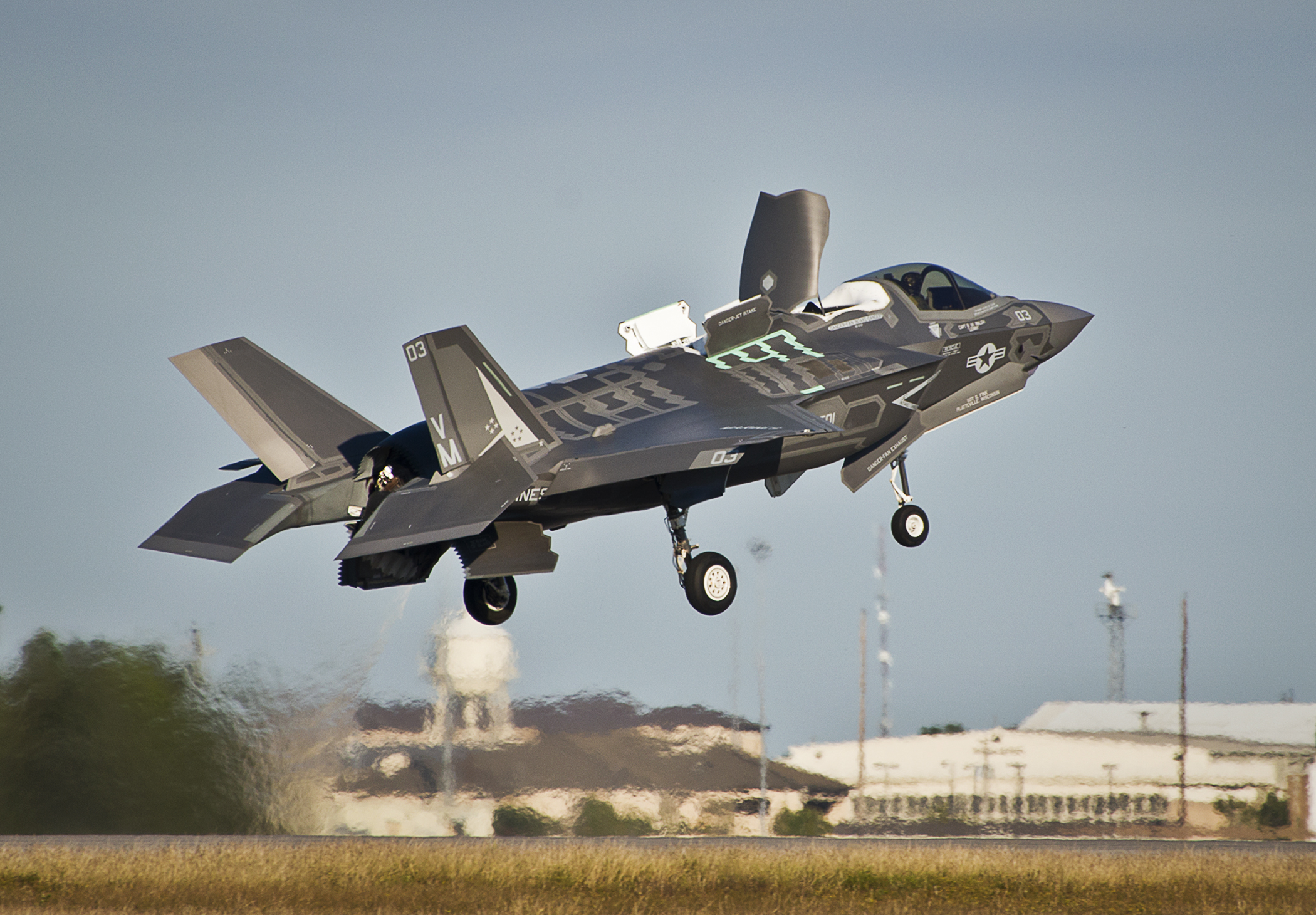 WASHINGTON: It may not last long, but the entire F-35 fleet — all versions from all countries — was just grounded “while the enterprise conducts a fleet-wide inspection of a fuel tube within the engine on all F-35 aircraft.”

The British — clearly hungry to keep their two F-35Bs flying as they press ahead with testing aboard the HMS Queen Elizabeth — have checked their planes already.

A British defense official who spoke on the condition of anonymity told us the crew of the Queen Elizabeth “has checked her embarked jets and flight trials are continuing… they are flying today.”

We just got this official statement from the British MoD, clarifying how they are handling this across their F-35B fleet: “Safety is our paramount concern, therefore the UK has decided to pause some F-35 flying as a precautionary measure while we consider the findings of an ongoing enquiry.

“F-35 flight trials from the aircraft carrier, HMS Queen Elizabeth, are continuing and the programme remains on schedule to provide our Armed Forces with a game-changing capability. We will continue to review the situation as further information becomes available.”

Apparently the initial findings of the Marine’s Safety Investigation Board into the causes of the Beaufort, S.C. F-35B crash last month have identified the tube as the probable cause of the crash.

So the grounding may only last a few days if officials are confident the fixes address the cause of the Beaufort crash. (Pentagon officials will bridle at the use of the term “grounded,” which in strict military usage means the planes are not allowed to fly until further notice, while this is temporary).

UPDATE BEGINS Chairman Mike Turner, chair of the House Armed Services Subcommittee on tactical air and land forces promised to “hold hearings and briefings to keep our pilots safe and keep improving the F-35, which remains unparalleled in its capability as a fighter jet.” Turner said he was briefed yesterday about the crash investigation:

“Yesterday, I received an in-person briefing in Washington from an Assistant Deputy Commandant of the United States Marine Corps regarding the crash in Beaufort, SC, and the safety of the pilot involved. From the ongoing investigation, I am glad that the Department of Defense took swift and decisive action to keep the F-35 fleet and its pilots safe.”UPDATE ENDS

Breaking D readers will remember that the entire F-35 fleet was grounded (in the correct military meaning of the word) in July 2014 after a June 23 engine fire on the runway at Eglin Air Force Base. Before that, the fleet was grounded because of problems with Pratt &Whitney’s F135 turbine blades. In June last year, the Marines grounded one unit: “A glitchy software upgrade to the ALIS ground support system has grounded the Marine Corps F-35B squadron based in Yuma, Arizona, the F-35 Joint Program Office announced.” They were back up in the air pretty quickly.

The U.S. Services and international partners have temporarily suspended F-35 flight operations while the enterprise conducts a fleet-wide inspection of a fuel tube within the engine on all F-35 aircraft.  If suspect fuel tubes are installed, the part will be removed and replaced. If known good fuel tubes are already installed, then those aircraft will be returned to flight status.  Inspections are expected to be completed within the next 24 to 48 hours.

The action to perform the inspection is driven from initial data from the ongoing investigation of the F-35B that crashed in the vicinity of Beaufort, South Carolina on 28 September. The aircraft mishap board is continuing its work and the U.S. Marine Corps will provide additional information when it becomes available.

The primary goal following any mishap is the prevention of future incidents.  We will take every measure to ensure safe operations while we deliver, sustain and modernize the F-35 for the warfighter and our defense partners.