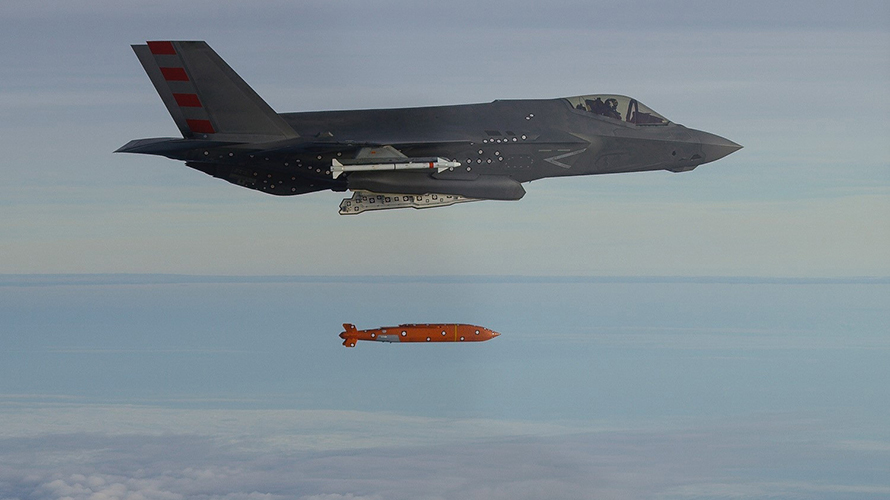 Raytheon and the U.S. Navy are integrating the Joint Standoff Weapon onto the F-35C.

Winters told a group of defense reporters that the costs of operating the F-35 fleet dropped by $1.1 million “per tail per year across the fleet” and cited “a reduction of $12,000 per flight hour across the fleet.” The head of Pentagon acquisition, Ellen Lord, has pressed hard for F-35 operating and sustainment costs to come down, as have key allies such as Britain. The Government Accountability Office has estimated the costs of buying and operating the F-35 fleet over the 50 years could be greater than $1 trillion, a figure huge enough to worry even the coldest-blooded Pentagon budgeteer.

Winter characterized the drops as indicative of, “promise but not success,” a prudent position given the heat this issue can generate.

The Air Force Chief of Staff, the F-35’s biggest customer with a requirement for 1,763 planes, said last March he wants to see the F-35 cost as much as an F-16 does.

“Our initial target is to get them down to the equivalent or very close to what we’re currently spending to sustain fourth-generation fighters,” Gen. Dave Goldfein said in March. Of course, the F-35 is a complex and stealthy aircraft so being able to maintain it and operate it for the same amount as an older and simpler aircraft is an impressive goal.

An authoritative study of flying hour costs by the RAND Corp. offered this estimate for the two aircraft:  “The normalized CPFH in budget year 2012 dollars reported in the 2013 SAR were $32,554 for the F-35A, and $25,541 for the F-16C/D.” That’s a difference of $7,013, which one could be forgiven for concluding that the $12,000 drop Winter mentioned means the military has already Goldfein’s goal.

But, as is often the case with Pentagon numbers, it’s not possible to draw a straight line from these numbers to today. We are operating on 2017 budget dollars, so the $12,000 cited by Winters would be worth less.

To better illustrate how difficult it can be to find directly comparable numbers for what would seem to be simple benchmarked numbers, see this from last year. In English, it says the Pentagon’s top cost estimaters did not produce a number for operations and sustainment, of which cost per flying hour is a key component:

So, the cost per flying hour went up for 2016 because of a Pentagon budget tool’s estimate (the fuel escalation index). Without that, it would have gone down…

I’ve asked Winter’s office for more information so we can compare apples to apples. 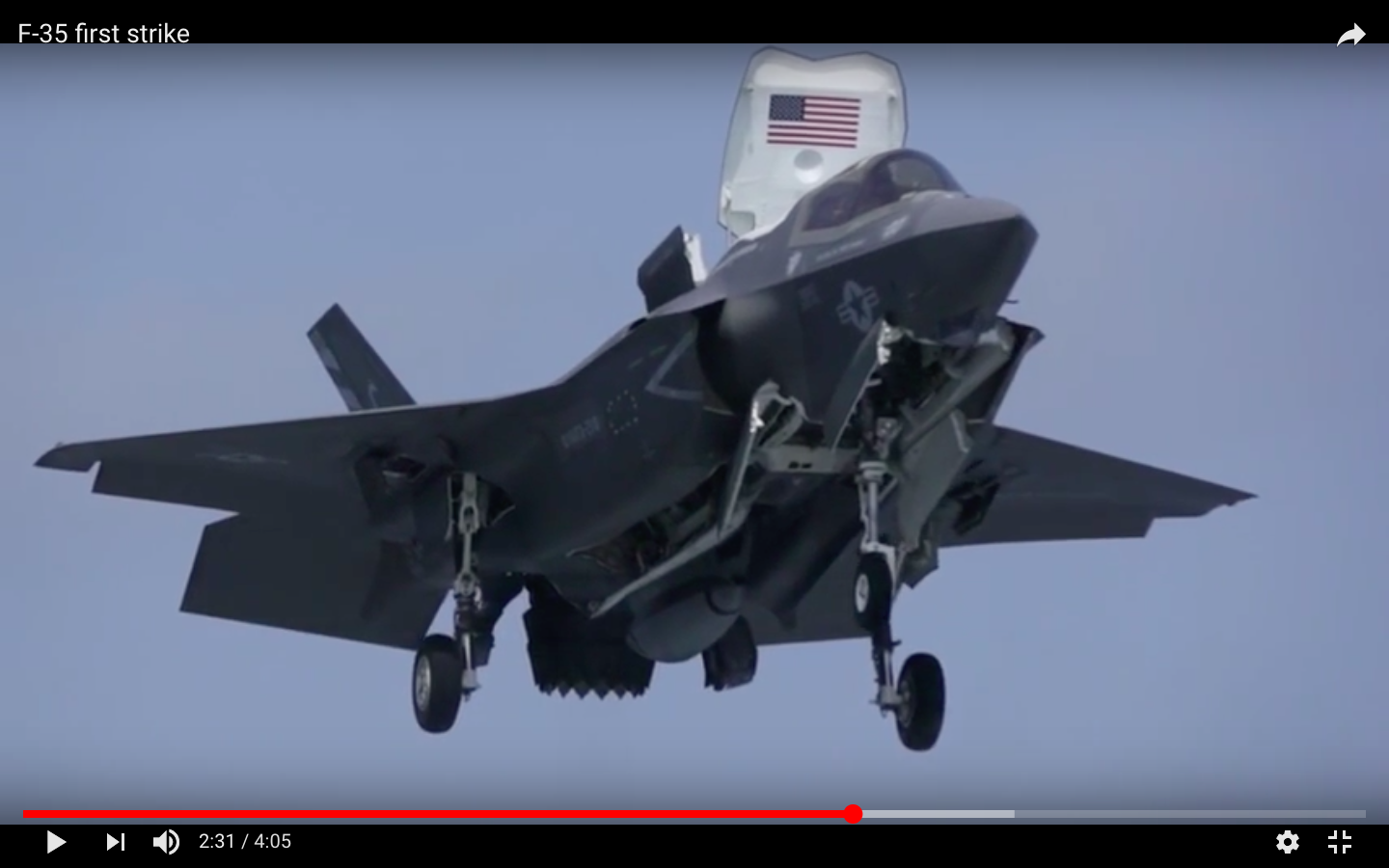 Underside of the F-35B as it does a vertical landing back on the USS Essex. Note what appears to be a pod mounted underneath.

In other news, Winter told us that there is no change to Turkey’s status as an F-35 partner committed to buying 100 aircraft. “They pay all of their cost-share responsibilities on time. Their industrial base provides multiple parts on every F-35 and continues to provide quality industrial participation to us,” he told us. “I don’t see any indication at this time of any change to the delivery of their 100 jets.” Of course, the State Department and the White House ultimately control the sale of weapons to foreign countries, with Congress possessing the power to pass laws barring foreign sales. If we were to bar F-35 sales to Turkey it would mark an enormous shift in US policy and might well mark the beginning of the end of Istanbul’s NATO membership.

Finally, Winter noted that neither Britain nor the Marines have taken any fleet-wide actions to curb F-35B flights in the wake of last Friday’s crash near Beaufort, S.C. Normally, if a systemic problem is suspected as the cause of a major crash a fleet might well be grounded or stood down for a safety review. That, Winter noted, has not happened.