The Air Force pilots who flew the F-35A models across the Atlantic Thursday for seven hours and 45 minutes reported a nearly flawless ride in a comfortable cockpit that included seven airborne refuelings. But the most interesting programmatic discussion with reporters centered on ALIS, the troubled system designed to monitor the F-35’s systems, parts and to predict when things need fixing. 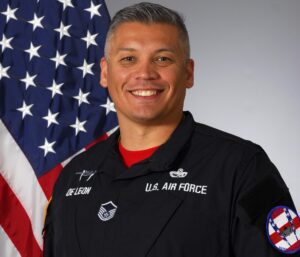 The Air Force pilots and their mechanics are relying on direct data links to the huge server that stores all the data for F-35s, allowing mechanic to see the aircraft’s entire flight and maintenance history, Master Sgt. Ed De Leon told us from the UK. “ALIS is working exactly as advertised,” he told us. The lead mechanic for the team offered nothing but praise for the system, saying it allowed him “to give my pilots a safe and reliable aircraft.”

De Leon also noted that logistics systems for legacy aircraft only let him see the last two weeks of a plane’s performance, while ALIS goes back to the day the plane first hit the flight line.

The pilots and mechanics can access the server anytime they can get onto the World Wide Web, Major Will Andreotti, commander of the so-called Heritage Flight Group at Luke Air Force Base, of which the three F-35As are a part. They don’t rely on the deployable ALIS on such a trip because they only need to use it if they don’t have Internet access.

Three F-35Bs, two American and one British, flew from Marines Corps Air Station Beaufort on Wednesday. This was the first trans-Atlantic flight of F-35Bs. Sadly, neither British authorities nor the Marines made those pilots available for interviews after their flight. F-35As built in and for Italy flew the Atlantic west-bound in February, becoming the first of the fifth-generation aircraft to cross the big water. F-35As built for the Netherlands flew there in May, marking the first eastern transit.

Here’s the American version of the flight: