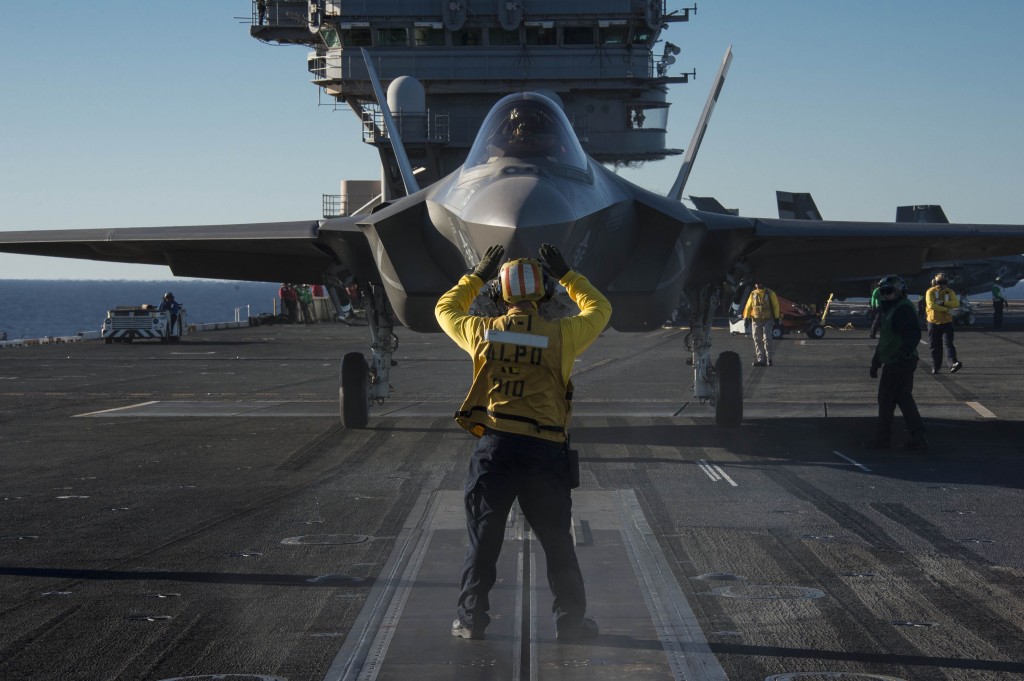 WASHINGTON: Hard as it may be to believe in light of the F-35’s history, the carrier version of the plane completed its first shipboard developmental tests three days early.

Now the program did build several days into the F-35C’s test schedule to embrace delays caused by weather or other unexpected problems, but the fact is every test point did get ticked off while the two aircraft were aboard the USS Nimitz off of San Diego.

“The aircraft demonstrated exceptional performance throughout its initial seatrails,” the Navy says in a statement. They got to night operations which usually isn’t tried until the second phase of developmental testing. And, perhaps most impressive to carrier pilots, they never had to do a bolter.

Here’s what the lead test pilot, Cmdr. Tony Wilson, said about the plane: “The F-35C’s performance on the ball was revolutionary, providing carefree handling on approach. The Integrated Direct Lift Control (IDLC) allows ball control like no other aircraft. The control schemes of the F-35C provide a tool for the below average ball flyer to compete for top hook. And, Delta Flight Path is an innovative leap in aircraft flight controls – this command enables the F-35 to capture and maintain a glideslope, greatly reducing pilot workload, increasing safety margins during carrier approaches and reducing touchdown dispersion.”

Here’s what the other test pilot, Lt. Cmdr. Ted Dyckman, and to say about the night landings, which any carrier pilot will tell you can be very hairy: “It flew very well behind the ship. Even on the darkest night – pretty much as dark as you can get behind the boat. Two hook-down passes and two traps and that says it all right there. It’s unheard of to conduct night ops on the first det.”

Now the Joint Program Office and the Navy sit down and comb through the huge quantities of data generated by all those landings and takeoffs.