FAA Hints US Drone Approval Deadline May Fly By 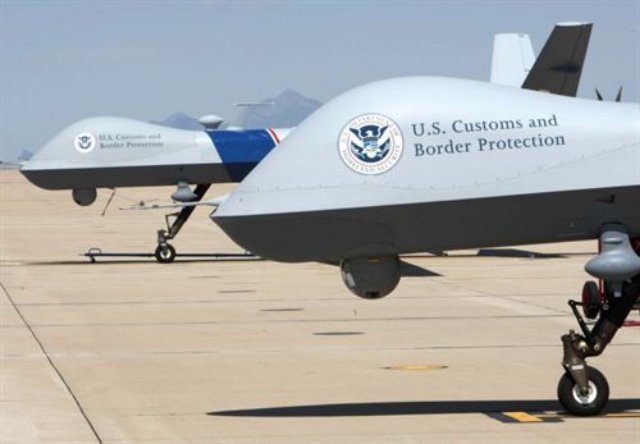 WASHINGTON: Those hyperventilating at the specter of drones flooding U.S. skies because Congress has told the Federal Aviation Administration to achieve “the safe integration of civil unmanned aircraft systems into the national airspace system as soon as practicable, but not later than September 30, 2015,” can now take a deep breath.

Those in industry panting for the chance to fly drones in U.S. airspace for commercial purposes, on the other hand, have little reason to breathe easier. Sure, the FAA last month granted six Hollywood film companies exemptions to the existing ban on the commercial use of drones in U.S. civilian airspace. But in a talk to the Washington Branch of the Royal Aeronautical Society at the British Embassy last night, the FAA’s Bill Crozier, the assistant manager for flight standards at the FAA’s office for Unmanned Aircraft Systems Integration, offered a gentle dose of reality.

“We have a mandate to integrate – safely integrate — unmanned aircraft by 2015,” Crozier said. “Some people take that to mean fully integrate, and the reality of it is, no aviation today has full integration. They all have limitations. Unmanned aircraft are not going to be any different.” In other words, there’s nothing really special about that Sept. 30, 2015 date as it applies to the new age of unmanned aviation.

Manned aircraft face extensive restrictions they must adhere to before they can legally take to the skies, Crozier noted. Those that do must have certain equipment, fly at certain altitudes, and operate according to regulations. “Unmanned aircraft are not going to be any different,” he said.

But though Crozier didn’t mention it, Unmanned Aircraft Systems, or UAS, as the FAA and industry prefer to call drones, are fundamentally different in a crucial way. Under FAA rules, the pilot of a manned aircraft has to be able to “see and avoid” other aircraft. An aircraft with no pilot inside can’t do that. While the military and others are working hard to create “sense and avoid” or “detect and avoid” technologies that can substitute for what pilots do, such technologies are still over the horizon.

Drone advocates have taken heart from the FAA’s approval of six drone test sites around the nation and its decision to let those six Hollywood movie companies start using small drones for aerial filming, but Crozier made it clear that this was a pretty special case. The Motion Picture Association of America (MPAA) coordinated the film company applications, which Crozier said the FAA liked, and the film companies offered two major safety advantages.

First, movie companies “can cordon off an area, they control it, and everybody within that area is a participant in the operation,” he said, just as law enforcement applicants do when they ask for permission. “They do stunts and other things and their actors and employees accept that risk. So that was one thing the FAA liked about what the MPAA brought forward, was taking control of people and property on the ground.”

Secondly, using larger, less agile manned aircraft for aerial shots is actually more dangerous than using a drone. ”A huge thing for us is the safety provided by allowing this to be an unmanned aircraft instead of a manned aircraft,” Crozier said. “It’s a smaller aircraft – huge safety benefits.”

Crozier said the FAA is considering three more film company applications and has received another 40 applications from companies wanting to use sensor-carrying drones for five other purposes: for precision agriculture, to monitor “flare stacks” used to burn off flammable gas by oil, gas and other companies; for geospatial mapping; for shipping and delivery of small packages; and for real estate advertising. But Crozier made clear that doesn’t mean the flood gates are opening. As he described it, the film industry application wasn’t a test case, just an easy call. “They applied first, which just happened to be a benefit for us,” Crozier said. “They packaged it very well, and they kind of were the trailblazers.”

Asked what lessons the FAA might learn from monitoring how the film industry uses its exemptions to fly drones, Crozier’s answer suggested the agency can’t afford the time for such a luxury. “We approved them because they applied,” he said. “We didn’t approve them for other companies to have it as a test case.” He later added that, “I think at this point we’ll treat them just like any other aviation entity that is approved for operation and subject them to oversight.”

Crozier admitted that the FAA is struggling with the drone revolution. At first, the FAA tried to fit unmanned aviation into the existing regulatory structure for manned aviation, but that didn’t work. “We know there are some rules we need to get on the street to cover some of those gaps because the current regulations of manned aviation doesn’t meet them all,” he said. “That’s our continual goal.”

Congress provided no extra money or manpower to the FAA to accomplish that daunting task, but Crozier noted that “not just the Air Force, but DoD has been a great friend of the FAA” by sharing research and data and working hard to develop sense and avoid technologies. The military is eager to help because the armed services want to be able to fly unmanned aircraft in civilian air space for training and transit and National Guard missions without having to go through the cumbersome process of applying to the FAA for a Certificate of Authorization for such uses.

So, despite the Hollywood approvals, the military is probably going to be stuck with the existing process for some time to come: “Until we get a sense and avoid or detect and avoid, probably yes,” Crozier said.