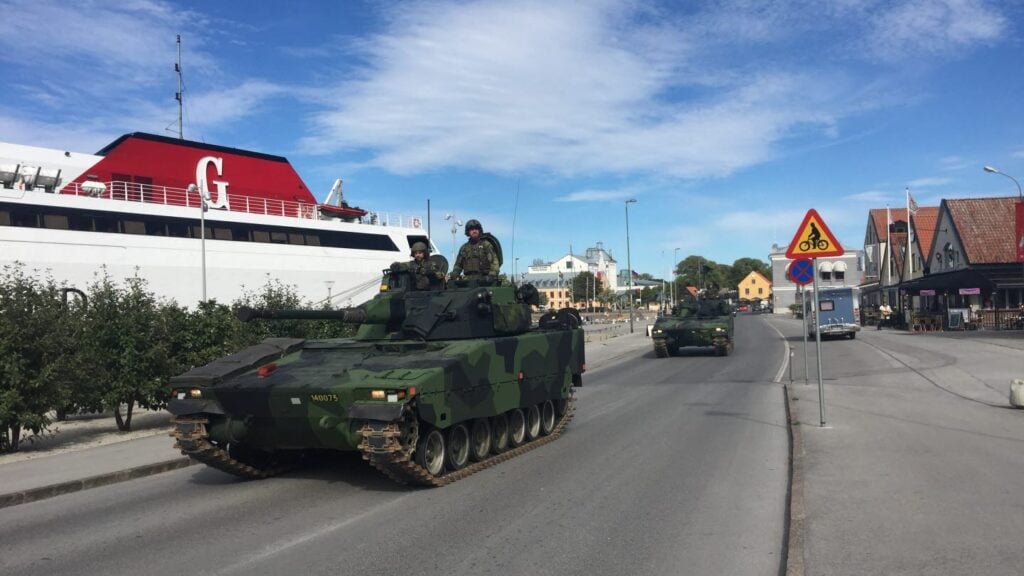 WASHINGTON: The Russian threat has driven Sweden so close to NATO that the once-neutral nation is becoming an ally in all but name. While the current Swedish government won’t apply for NATO membership — a position it just reiterated Friday — every other kind of collaboration is not only on the table, but actually happening more and more.

Recent agreements are bringing Sweden into NATO policy councils and wargame planning in unprecedented ways. Sweden is building up its forces to keep an ever closer watch on Russia both in the Arctic and the Baltic. A Host Nation Agreement — signed just months after Russia’s annexation of Crimea — makes it easier for NATO to operate in Swedish territory (if invited). Sweden has even sent troops to Afghanistan. With friends like these, who needs formal allies? 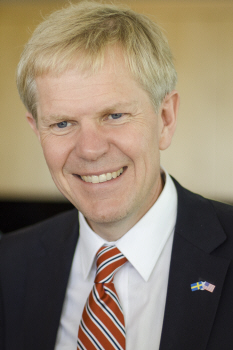 “We have a very lively security debate in my country right now,” said Björn Lyrvall, Sweden’s ambassador to the US, speaking last week at the ComDef conference here. (ComDef’s sponsors include the Swedish embassy and Swedish armsmaker Saab). The current center-left government opposes NATO membership, but the opposition favors joining the alliance, while public opinion has swung back and forth from poll to poll. The next election isn’t scheduled until 2018, however, and, said Lyrvall, “clearly, this government is not going to apply for membership.”

“We would not go into collective defense guarantees,” Lyrvall said, referring to Article V of the North Atlantic Treaty, which requires each NATO member to treat an attack on any ally as an attack on itself. (By the strict letter of the treaty, no ally is actually obliged to do anything in particular about it). Short of that commitment, however, he said, Sweden intends to “move even closer to the alliance.”

Take the Trident Juncture wargames, which made headlines — and raised Moscow’s ire — as NATO flexed long-dormant muscle memory of how to mobilize for a major war. Sweden was “not very much involved at all” in the 2016 exercise, said Brig. Gen. Michael Claesson, deputy director of plans and policy for Sweden’s joint staff. The only Swedish participants in Trident Juncture 2016 were some naval corvettes and a fighter squadron, with an infantry battalion originally slated for the exercise deployed to Mali instead.

But the upcoming Trident Juncture 2018 “has a geographical focus on our part of the world, and we also have been invited to take full part of the planning process,” Claesson told me after his remarks at ComDef. “So that will definitely be an activity that opens up more cooperation in the field of training and exercises.”

There is also great potential for less dramatic but equally crucial collaboration on NATO councils and committees. The Enhanced Opportunities Partners program gives Sweden, its Nordic neighbor Finland, Georgia, Jordan, and Australia something close to observer status in NATO deliberations. All five countries joined the NATO members at the Warsaw summit in July, and now the partner nations are thrashing out how they’ll engage day-to-day at lower levels.

“For instance, in the science and technology organization of NATO, that will give us access to all the panels,” enthused Jan-Olof Lind, director-general of Sweden’s Defense Research Agency, the FOI. “I would say there’s only very, very few cases where we cannot participate, (the main exception being) we are not within the decision-making body,” Lind told me at ComDef. Where once the default was that non-members like Sweden could not join the discussion, and access to NATO deliberations was won one hard-fought forum at a time, now the default will be that Sweden can participate in anything unless specifically denied.

“The Enhanced Opportunities Program…is one of the things that actually makes it possible for us to go into programs which haven’t been open to partners before,” agreed Niklas Alm, director of the Swedish Security & Defence Industry Association. “But where that will end up, we’ll need some time to figure that out, because this is fairly new.”

“The major change in that regard has not yet occurred,” Claesson told me frankly. “We have been very much preoccupied with crisis management (i.e. near-term response to Russia), so there is still a lot to do” to flesh out the long-term institutional cooperation envisioned by the Enhanced Opportunities Partner program. That said, the general emphasized, ”one should not underestimate, let’s call it, the structural aspects. Because in support of political decision-making, getting access to the right forums and getting the right or relevant information timely is crucial.” 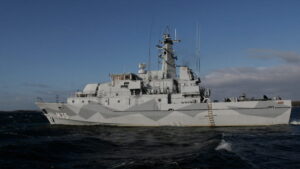 American analyst Jeff Rathke agreed. “The operational cooperation — in exercises, in overseas deployments, and through the host nation support agreement ratified recently by the Swedish parliament — are all significant,” the CSIS scholar told me in an email. “But equally important is the political coordination on critical security issues. The fact that Sweden and Finland were part of the leaders’ discussion of Russia at the Warsaw summit is a new precedent for closer political coordination.”

“During the Cold War, there was an old joke about the Nordic countries: ‘Norway has NATO (to shield it), Sweden has Finland, and Finland has a very, very long border with the Soviet Union,’” said Amb. Eric Edelman, counselor at the Center for Strategic & Budgetary Assessments. “Even in those days, there was lots of sub-rosa US-Swedish cooperation. Since the Cold War ended, the Finns and Swedes have been involved in lots of close collaboration with NATO….slicing the salami thinner and thinner between membership and non-membership.”

“This sort of cooperation would have been inconceivable 15, 25, or 35 years ago,” Rathke said. “It is a function of the shared experience since the end of the Cold War, and of the perceived threat from an aggressive and revanchist Russia.”

“I cannot look away from the fact, ladies and gentlemen, that there is only one country in the vicinity of my country that moves borders by the use of military force,” Claesson grimly told the conference. Particularly troubling for Sweden are increasingly sophisticated weapons systems — so-called Anti-Access/Area Denial (A2/AD) networks — based out of Kaliningrad on the Baltic and Murmansk in the Arctic. While Russia’s economic and demographic troubles get plenty of press, he said, Moscow’s military still manages to modernize, if not grow: “It’s the same amount of Russians, but they are better every year.”