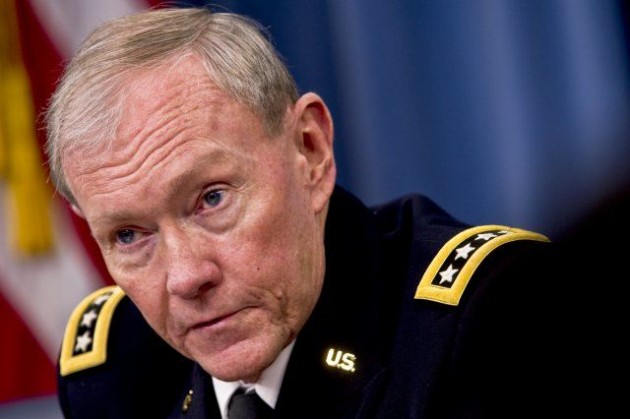 WASHINGTON: The United States military will meet next week with People’s Liberation Army officials to begin the challenging process of hammering out cyber rules of the road, the chairman of the Joint Chiefs of Staff, Gen. Martin Dempsey, said today.

So far, Dempsey told an audience of several hundred at the Brookings Institution, Chinese officials have told American representatives they don’t think any rules govern cyber theft or espionage so they don’t need to follow any.

“Their view is, there are no rules of the road in cyber so they aren’t breaking any,” Dempsey said. “We just sort of agree to disagree.” It was a refreshingly blunt and simple representation of Chinese military attitudes on this issue.

Dempsey didn’t offer any hints as to what U.S. officials would press for, but the conflict between China and most of its neighbors over the South China Sea and the Spratly Island offers solid hints. American officials have repeatedly said China must hew to international law and practice if it is to be considered a responsible international player and to be accorded the benefits thereto. Espionage, of course, stands outside international law and is usually covered by national laws. If you’re caught then the other side can do what it wants in a proportional response, if it’s willing to risk further reaction. Old folks will remember, for example, the periodic tit for tat spy expulsions practice by the West and the Soviet Bloc.

As part of the Pentagon’s efforts to secure its own networks from attacks by the Chinese and many others, the military is finally rolling out capable secure cell phones. Dempsey proudly held his aloft, telling us the phone “would make both Batman and James Bond jealous.” It allows him to operate on the Pentagon’s classified network, the SIPRNet while traveling. (I won’t tell Dempsey a person I know had a secure Blackberry that allowed access to Top Secret and above information almost two years ago. And there was the classified iPad that former Vice Chairman of the Joint Chiefs Gen. Hoss Cartwright had DARPA put together for him. Besides, I’m sure the chairman has a much more capable device.)

During his presentation Dempsey also offered up a glimpse of the soon-to-be forthcoming cyber Rules of Engagement. He didn’t get very deep, offering a three-step ladder of escalation. Basically, if we detect an attack we will first “pull the drawbridge” to protect ourselves — block or defend. If that doesn’t work we go to proportional “active defense,” which appears to mean we can destroy the offending attacker’s computers as they did to us. If the attack continues to grow or mutate, the Petnagon would need to go to the “interagency” level — aka the National Security Council and the White House — and get permission for further action.

Should operations continue to escalate beyond that level — Dempsey didn’t state this but it seems a clear inference from his presentation — and rise to the level of an act of war, then Congress would need to answer the difficult question: do we declare war.

Dempsey admitted that Pentagon leaders have discussed the issue — “That is a conversation that we have had, but only fleetingly” — but he said that is not one for the military leadership to decide. It will be up to our elected leaders.

Best line of Dempsey’s presentation: “By this time next year I’m quite sure my toaster will be connected to the Internet and will tweet.”