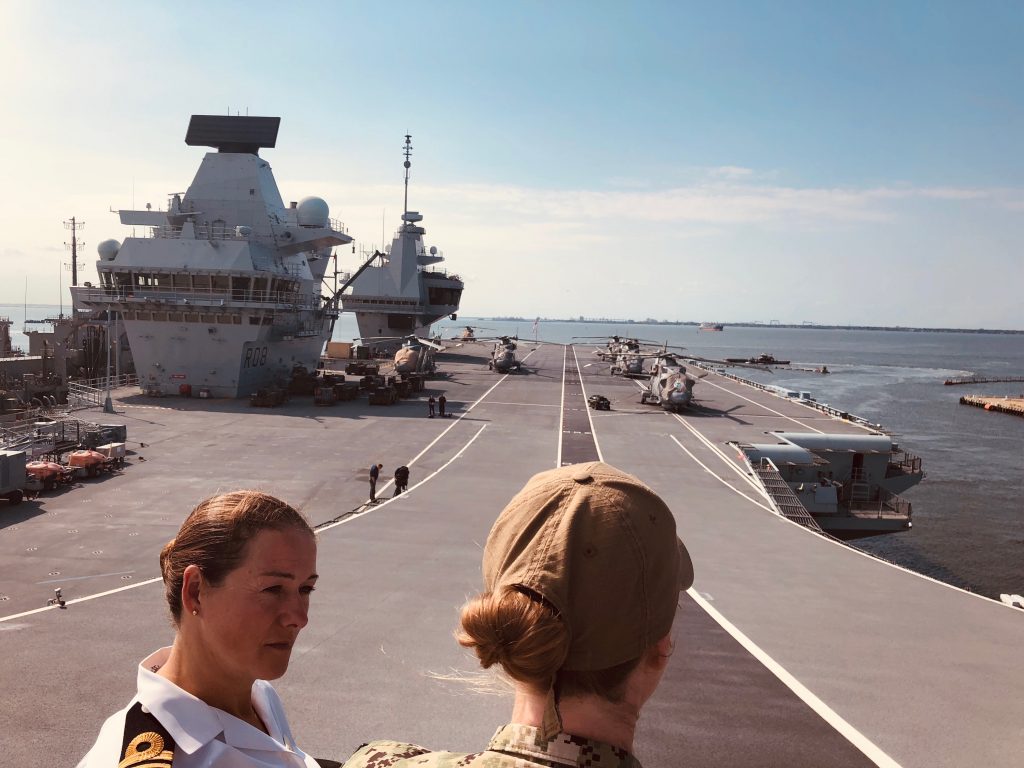 HMS Queen Elizabeth from top of her ski ramp at Norfolk

NAVAL STATION NORFOLK: The largest ship in British naval history, the carrier HMS Queen Elizabeth, can move four F-35Bs on her two huge elevators up to her decks in just a few minutes, allowing the ship to put its most potent strike assets into the air in minutes.

The entire ship is laced with fiber-optic cable to move the enormous amount of data generated by the 36 Joint Strike Fighters she will be capable of having aboard, as well as from the ship’s radar and numerous other communication systems the 932-foot queen of the Royal Navy carries.

In the video below, Commodore Jerry Kyd, the ship’s captain, discusses the strike carrier.

The ship’s wheel and power controls in the first of her two islands. A backup bridge sits in the second island. 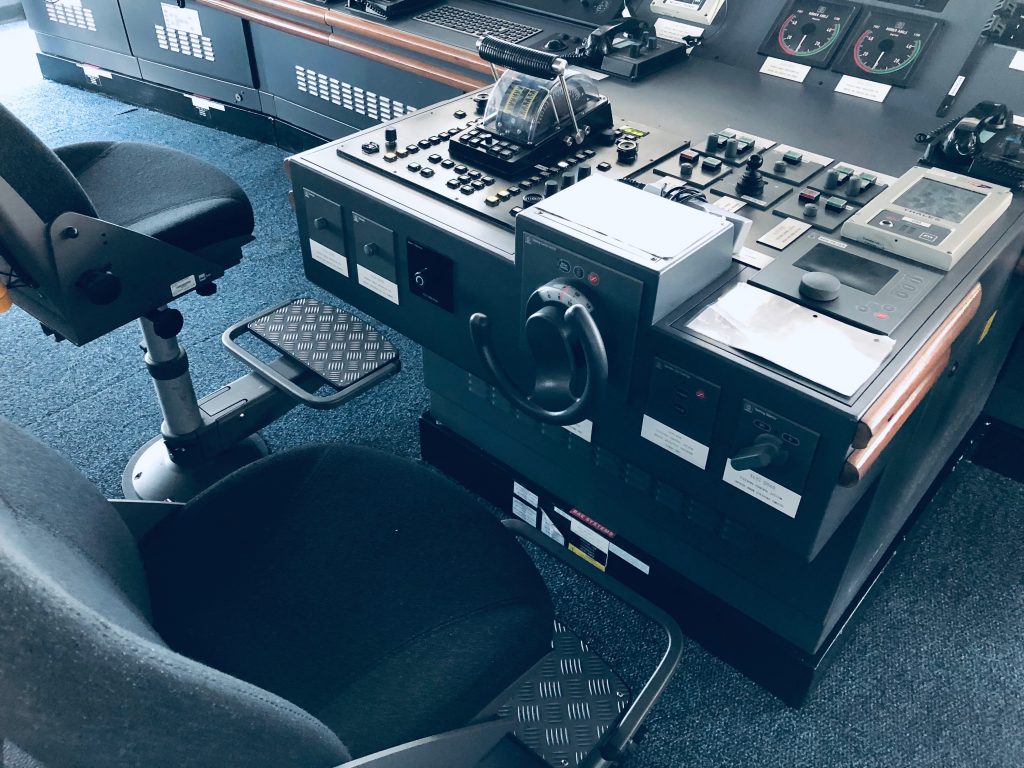