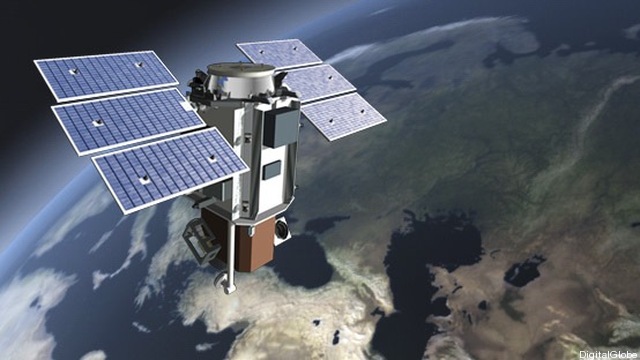 It is long past time for Congress to reform the current laws governing the export of commercial satellites – an outmoded and counterproductive system intended to enhance national security while inadvertently undermining America’s domestic space industry, a recent Defense Department report makes clear.

Whatever Congress’s good intentions when it passed this law in 1998, the results have crippled the U.S. space industry. The barriers to export have, in effect, turned the domestic space industry into a de facto arsenal sustained almost exclusively by U.S. military purchases.

The U.S. market share of space commerce had declined from about 70 percent to less than 30 percent by 2008, according to the Center for Strategic and International Studies. The Aerospace Industries Association estimates that from 1999 to 2009, the U.S. lost $21 billion in satellite manufacturing revenue and about 9,000 annual direct jobs. Apart from the economic consequences, this withering of America’s space industrial base poses real national security consequences given how much our military relies on satellites for just about everything.

The current law was prompted by revelations during the late 1990s that a U.S. company transferred data about rocket launch failures – not commercial satellite technology – to the Chinese government. The Congress responded by restricting the foreign sale of all commercial satellites and their components to all destinations by treating them like a piece of military technology when they were sold to foreigners.

The law placed commercial satellites and their components on the U.S. Munitions List (USML) – along with items such as fighter jets, attack helicopters, and smart bombs. In fact, satellites are the only items placed on the USML by an act of Congress. Once an “end item” is on the USML, every one of its individual parts and components – no matter how benign or commonly available – is also treated as military technology. No other country, and certainly none of America’s allies and space trade competitors, treats their satellite export products this way.

In real world terms, this means that every time a foreign customer wishes to buy any piece of satellite equipment from an American company it must obtain U.S. government permission to move the item through each new step in the manufacturing and integration process. This high level of scrutiny, in which the government always knows the exact location of every piece of equipment, makes sense for fighter jets and tanks, but not for common commercial products like nuts, bolts, screws, and hoses.

In the overwhelming majority of the cases, the sale is eventually approved. But the lengthy, complicated, and expensive process has become a strong disincentive for foreign companies to do business with American space industry. And it needlessly drives up the costs of our products – especially for smaller component providers who lack a big export business. In fact, some foreign companies have used our export control regime as a marketing tool against U.S. firms, by telling would-be customers that they can get satellite-related products without the extra hassle and expense that goes with buying American.

The resulting thicket of rules and procedures not only prevents unwanted technology transfer to potentially hostile sources, it also thwarts necessary cooperation with our friends and allies. A one-size-fits-all regime governing any and all satellite components – irrespective of the military utility of the item or its ultimate destination– also incentivizes more creative circumvention strategies on the part of foreign companies as well as countries that do not have our best interests at heart.

A broad-based coalition – including aerospace companies, unions, policy experts, and others – have been pushing for years for a more balanced and sensible approach to export control for commercial satellites. A few weeks ago, the Defense Department, which has been at the forefront of advocating for reforming export controls writ large, issued the so-called “1248 report” – named after the section of law that required the Defense Department to provide the Congress all the evidence and guidance it needs to change this law now.

The 1248 Report proposes that the administration should have the authority to transfer communications satellites and remote-sensing spacecraft, including their subsystems and parts, to the Commercial Control List (CCL), a list maintained by the Commerce Department that is less restrictive but still subject to oversight and enforcement from law enforcement and intelligence agencies. This change would not apply to satellite equipment with classified components or highly-advanced capabilities deemed too sensitive for export.

Items moved to the CCL would face similar prohibitions against transfer to countries of concern. The major overall difference from the current system is a shift towards common sense; namely, that less-sensitive commercial technology moving to trusted companies in friendly countries should face less onerous licensing requirements than military technology.

It is telling that the agency of our government most focused on external military threats –the Defense Department – is the agency pressing most forcefully for export control reform, with the unanimous support of the senior military leadership, including the chairman of the joint chiefs of staff, the Air Force chief of staff, and the leader of the U.S. Strategic Command, which is responsible for space capabilities, missile defense, and the nuclear deterrent.

There is language in the House version of the 2013 National Defense Authorization Act to normalize treatment of export control treatment of commercial satellites, while maintaining export prohibitions against countries of concern. However, this language must survive the House-Senate conference to finalize the legislation. With the facts well-established and the verdict long-since entered on the need for reforming America’s export control regime, it is now time for Congress to act.

Marion Blakey, a member of the Breaking Defense Board of Contributors, leads the Aerospace Industries Association, America’s premier aerospace and defense lobby group. Blakey was the first woman to head the Federal Aviation Administration.