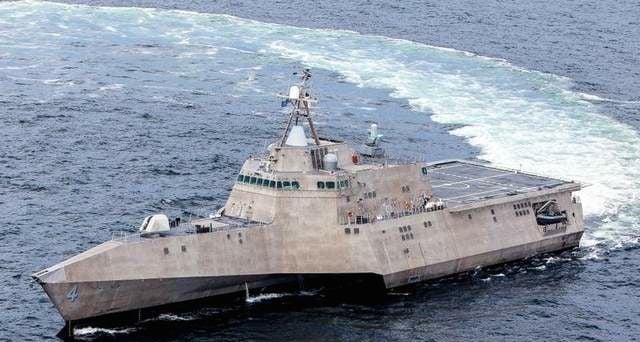 WASHINGTON: Sen. Jeff Flake filed two significant amendments to the 2019 NDAA Tuesday afternoon, attempting to strip one Littoral Combat Ship from the budget previously approved by the Senate, and restrict how much the Pentagon can spend on any military parade ordered by President Donald Trump.

One amendment would support the Navy’s request to buy only one LCS in 2019 while slashing funding for a second ship, which lawmakers added. Other senators have been fighting to include money for three LCS ships in the budget.

On that count, Flake, who has clashed frequently with Trump, is on the same page as the administration. Last week, the White House released a statement saying it “strongly objects” to the appropriations bill’s funding for a second LCS. “One LCS in FY 2019, when combined with the three funded in FY 2018, would keep both shipyards supplied with enough work to remain viable for the frigate competition. It is imperative that, based on lessons learned from the LCS program, a more capable and survivable ship is developed to meet the Navy’s needs, consistent with [national defense strategy] priorities,” the statement said.

Flake’s amendment counters an amendment proposed by Sen. Tammy Baldwin to add an additional $437 million for a third LCS in 2019.

The other amendment takes direct aim at a pet project of President Trump’s. Flake is looking to cap the amount of money the Pentagon could spend on Trump’s desired military parade in Washington , D.C., at $15 million. Estimates for the parade has ranged from $12 million to $92 million. 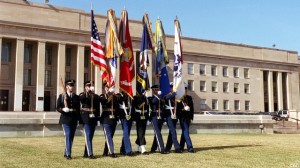 On Friday, Trump said he had temporarily cancelled plans for the parade, scheduled for November, after local politicians in D.C. give him a budget “so ridiculously high” that he scrapped the idea.

Adding to the confusion, on Monday the Pentagon said it had not briefed the president on the potential costs of the parade. The Pentagon issued a statement last week that it had agreed to “explore opportunities in 2019.”

Pentagon spokesman Col. Robert Manning told reporters on Monday that “no member of the Department of Defense briefed the president on any pre-decisional costs associated with the parade,” and “as far as the president’s thought process, I just have to refer you to the White House.”

Manning added that cost estimates had also not been given to Secretary of Defense Jim Mattis or Gen. Joseph Dunford, chairman of the Joint Chiefs of Staff.