GOP Must Move On Revenues Or Sequester Happens: Sen. Murray 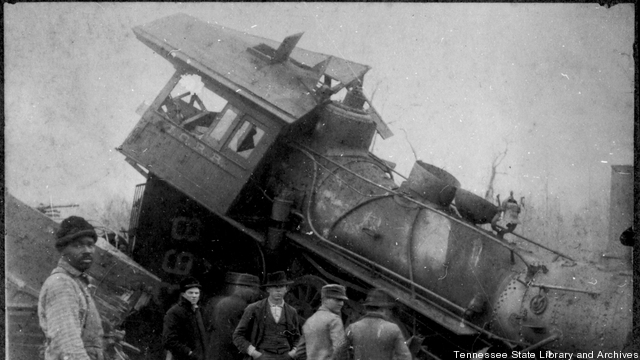 WASHINGTON: If Republicans don’t agree to a “balanced” deal that raises revenues, Democrats are willing to let sequestration strike on Jan. 2nd — and the Bush tax cuts expire on Dec. 31st — Sen. Patty Murray said this afternoon in a major escalation of Congress’s ongoing game of chicken.

“If we can’t get … a deal that calls on the wealthy to pay their fair share, I will absolutely continue this debate into 2013,” Sen. Murray told an audience at the left-of-center Brookings Institution today. “I think my party and the American people will support that.”

If the GOP is unwilling to raise revenues, Murray said, “our country is going to have to face the consequence of Republican intransigence.”

Murray ruled out any deal that would spare the defense budget from cuts while cutting non-defense programs.

Murray was co-chair of the “supercommittee” that failed last year to resolve the budget crisis, a failure she blamed entirely on the Republicans in a resoundingly partisan speech. Over and over, she accused the GOP of being willing to sacrifice both spending programs and tax deductions that serve the middle class — from job training to the mortgage tax credit — “in order to pay for the tax cuts for the rich.”

After Murray’s speech, several Brookings panelists agreed that Murray was serious about Democrats being willing to get the country go “off the cliff,” in the words of Alice Rivlin, OMB director under Bill Clinton. They argued this tactic, while risky, was less irresponsible than the GOP’s willingness to let the country default on its debt during last year’s debt-limit crisis.

“The negotiating tactic of the Republicans was let’s default…that was truly scary,” said Rivlin. “Going off the cliff is risky but it has some advantages, [and would] probably not be totally catastrophic for the economy.” For one thing, panelists noted, the automatic expiration of the Bush tax cuts would be a revenue increase on a scale the Republicans would never agree to in a negotiation, a new baseline for talks that would make any subsequent deal a cut.

The Democrats have to convince Republicans they’re willing to pull the trigger, said Robert Greenstein, president of the Center on Budget and Policy Studies. Greenstein said that he’s met with many Democratic Senators and aides of late, and almost all of them said the Republicans believe that the Democrats will talk big but fold at the last minute and agree to a deal with no revenue increases. Democrats must “change the terms of that debate.” It would be best to get a deal before sequestration takes effect, but not disastrous to wait until, say, the end of January.

“What CBO really said was that if all the tax cuts expire and stay expired, if sequestration goes into effect and remains into efect, then over the first half of 2013, we’ll slide into recession,” Greenstein said. But given the political pressure that will come to bear on both sides once the tax cuts expire and sequestration hits, he went on, “If we don’t have a deal by January 1st, we will have a deal by the end of January.”

Murray’s speech follows on last week’s bitterly partisan exchange between Senate Majority Leader Harry Reid and House Armed Services Committee Chairman Buck McKeon, who has repeatedly called on the Senate Democrats to pass a proposal of their own as a basis for discussion. (The House passed a no-new-revenues fix for sequestration in its budget reconciliation act, which Democrats denounced as a non-starter).

“Chairman McKeon has pleaded with Senator Reid to pass anything where we could then enter a conference-like situation with our reconciliation in one hand and whatever the Senate passes on the other and actually work this out in a binding and responsible way,” said one House Republican staffer. “Pass anything….Pass a bill that says defense sequestration will be paid for by puppies. [Just] get it off the floor.”

So far there’s no sign that either side is willing to budge.