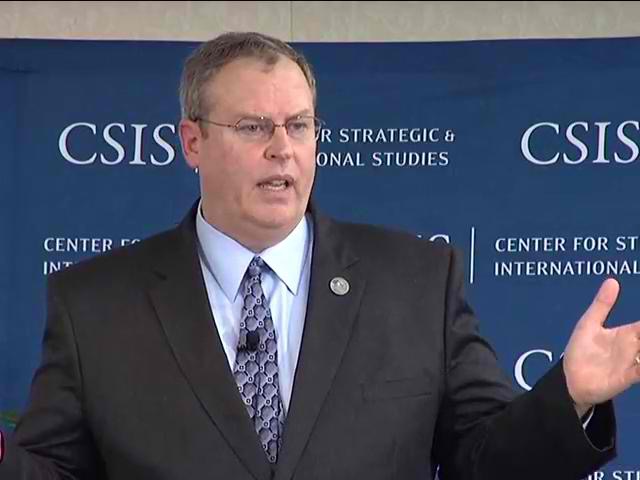 WASHINGTON: Offset strategy. Doesn’t exactly make your hair stand on end or make you go wow. Does it have to do with international arms deals and tradeoffs companies and countries make to win business? No. In fact, the offset strategy Defense Secretary Chuck Hagel should unveil in the next few days may be one of the most important strategic decisions the United States makes for the next 20 years.

“Later this week, Secretary Hagel will announce a defense-wide innovation initiative. We’re going to have a long-range research and development planning program, just like we had in 1975,” Deputy Defense Secretary Robert Work said at the Center for Strategy and International Studies (CSIS) this morning. “Back then, we said if we go after stealth, guided munitions, and information technology and blend them together, we will have a technological offset strategy that will allow us to rule the battlefield for the foreseeable future. And we were right.” Work noted that the US has “ridden that” for the last 40 years “but it’s no longer viable in the face of adversary advances.”

There are hints around about what may be coming. Here’s the list of technologies to defeat anti-access/area denial strategies, aka A2/AD (read China, Russia, and to some extent Iran) from the Center for Strategic and Budgetary Assessments: unmanned systems and automation, extended-range and low-observable air operations, undersea warfare, and complex system engineering and integration. If you look at weapon systems that translates to the Long Range Strike Bomber, nuclear submarines, unmanned subs and surface craft, drone aircraft like the Navy’s X-47B and UCLASS (which should be stealthy, able to carry large weapons load and long range), and systems like the data fusion engine coming for the F-35.

But the offset strategy may be truly sweeping, more than just a couple of shifts in spending. I spoke with someone after Work’s speech who has been involved in developing the strategy and he made clear that the services are resisting the fundamental redirection that may be needed, simply because they are large bureaucracies and they instinctively defend what they have. It will mean a shift from the comfortable world of GPS and stealth that we now live in.

“This is the core competency of what we do as a nation, and it’s what keeps us moving forward,” Marine Lt. Gen. Robert Schmidle, principal deputy director of the Cost Assessment and Program Evaluation office (CAPE), said during a later panel at CSIS on military innovation.

The CSBA report, written by former Navy acting Undersecretary Robert Martinage, also may bear the imprint of Work. It’s certainly one of the issues Work has discussed over the years and he was also Navy undersecretary before taking a brief break to work at the Center for a New American Security.

If you want to get some idea how rare those major strategic shifts are, consider that the there have only been two since the end of World War II. In the 1950s, President Eisenhower’s New Look emphasized nuclear weapons and the means to strike with them worldwide: bombers, ICBMs, and submarines, now enshrined as the triad. In the 1970s, Defense Secretary Harold Brown’s Offset Strategy emphasized stealth, sensors, smart weapons and computer networks.

The New Look was about “global reach,” Martinage told my colleague, Sydney Freedberg, in a recent interview, while the Offset Strategy was about precision strike across a particular theater of war. The new strategy that’s emerging, he said, “is combining the two: precision strike with global reach.”

If there’s one system that meets that definition it’s the ever-elusive Prompt Global Strike. To a very real extent, the push for a new set of technologies is a nod to China’s success in countering our strengths through their persistent push to use asymmetric means. And they are robustly funding their systems — the official number for this year is that defense spending growth will be more than 12 percent — while the US has had close to zero growth for three years now. And the Chinese spending is not going to operations as much of our growth did during Afghanistan and Iraq. It’s going to new and more weapons, improved training and such.