WASHINGTON: Stop refueling Saudi warplanes as they fly to and fro, bombing, strafing and generally laying waste to Yemen. Freeze the sale of offensive weapons to the Kingdom of Saud. But the sale of defensive weapons is another matter, Sen. Jack Reed told reporters this morning. The danger posed by Houthi missiles and other threats to the Saudis is real, he said, so they should be allowed anti-missile technology and other defensive systems.

Reed, who would claim chairmanship of the Senate Armed Service Committee should the Democrats seize the Senate next month, called the apparent torture and killing of American resident Jamal Khashoggi in the Saudi consulate in Istanbul “an outrageous act” that must be investigated by professional law enforcement officials working for an independent international body.

But even if the Saudis are cleared by investigators (which seems unlikely if Turkish sources are correct) Reed said the US “should terminate the aerial refueling. I don’t think it provides any control over their behavior.”

Sen. Reed, speaking calmly and reasonably, told the Defense Writers Group that Saudi Arabia needs American help more than we need theirs — notwithstanding President Trump’s claims that it could jeopardize what he believes is the biggest arms deal in world history.

“Who has the leverage? We do.That’s why President Trump’s behavior is so accommodating to their point of view,” Reed said. “The reality is the Saudis depend quite a bit on our support and I don’t think they are going to find an alternative.” 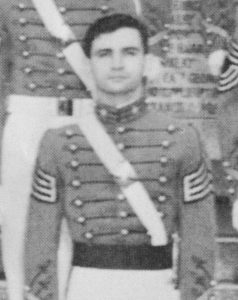 On the ever-fascinating subject of whether President Trump supports Jim Mattis, his Defense Secretary, Reed praised Mattis as one of “the most gifted leaders I’ve had the pleasure to deal with.” Reed pointed to the need for continuity as a raft of senior Pentagon leaders are due to leave next year:

That’s a great deal of change at the top levels of the military and Reed was clearly worried that, without Mattis staying at the helm, the military would face too much turmoil.

Finally, the Army got some kind words from the West Point graduate. Reed praised the creation of Army Futures Command. Even when I pressed if he thought that the Big Army would crush the nascent effort to redeem the service’s ghastly acquisition record, he stood by them.

Why? He said Milley, keenly aware he leaves his post in September, is doing all he can to promote colonels and generals who share his vision of a service that is faster, more agile and more effective at building and buying weapons.